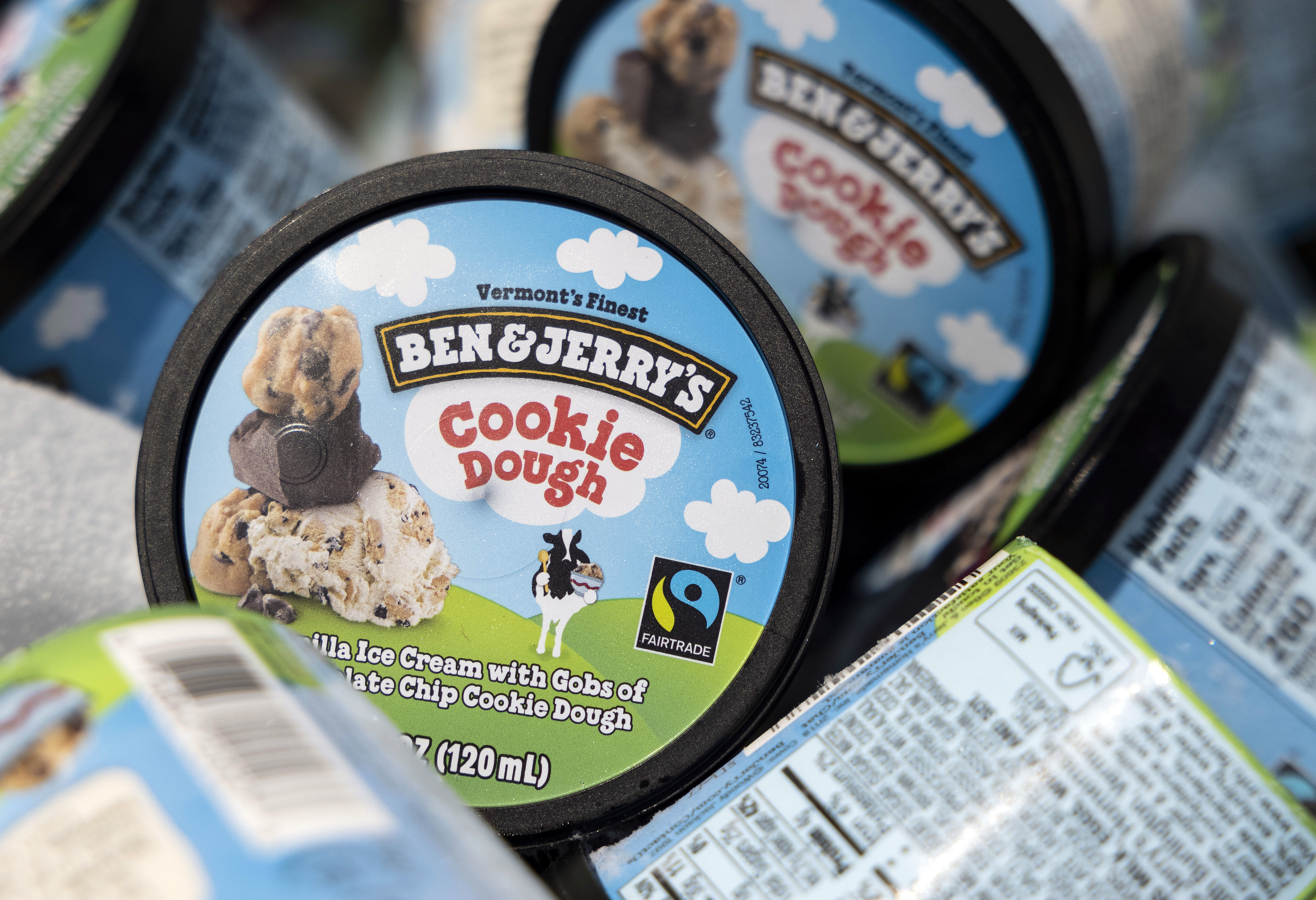 The chief legal officers of 12 states are urging Ben & Jerry’s to reverse its boycott of Israel in the disputed territories, calling the ice cream company’s move “economic warfare.”

New York, New Jersey, Texas, Arizona and Florida have announced the withdrawal of hundreds of millions of dollars in pension investments from Unilever — the parent company of Ben & Jerry’s.

The states have also enforced laws against the Boycott, Divestment and Sanctions movement against Israel.

Meanwhile, a pro-Israel group, StandWithUS, has launched a $500,000 ad campaign against Unilver for engaging in BDS actions it calls “corporate antisemitism.”

“If Unilever is so interested in virtue-signaling, why not announce a boycott of countries like China, Russia, Pakistan, Saudi Arabia, or especially Iran, who has promised the complete destruction of Israel?” said Missouri Attorney General Eric Schmitt, who coordinated the joint letter sent Monday to Unilever CEO Alan Jope that was co-signed by 11 other Republican state attorneys general.

“Unilever and Ben & Jerry’s should reverse their boycott immediately.”

In July, Ben & Jerry’s announced that it would not renew a license to sell ice cream in the disputed territories such as the West Bank, which it described as “Occupied Palestinian Territory.”

“We, the attorneys general of our respective states, write today to express our grave concerns about Unilever’s decision to engage in a boycott of the State of Israel. Not only is Israel one of our nation’s closest and most reliable allies, but it is also the only democratic nation in the region and has long been a force for peace and stability,” the attorneys general said.

The letter notes that 33 states have passed anti-BDS statutes that “prohibit investment of public pension funds or the awarding of government procurement contracts to companies that boycott Israel.”

The chief legal officers also argued that Unilever can’t sidestep responsibility by claiming B&J is governed by an independent board that can impose such a “radical” act on its own.

“The assertion that the `tail wags the multi-billion dollar corporate dog strains credulity,” the letter says.

“As the chief legal officers of our states, we are charged with defending the laws passed by our state legislatures, and we also count it a high honor with the State of Israel against any and all illegal attempts by global corporations to engage in economic warfare against our ally.”

New York Gov. Kathy Hochul recently warned Unilever and Ben & Jerry’s that she will enforce an executive order barring state entities from investing in firms that engage in BDS actions against Israel.

Unilever had no immediate comment. But it has argued that B&J’s limited boycott in the West Bank is not a boycott of Israel.

“Unilever has a strong and longstanding commitment to our business in Israel. We employ nearly 2,000 people in the country across our four factories and head office, and we have invested approximately $250 million in the Israeli market over the last decade,” Jope said in a recent letter to New York State Comptroller Tom DiNapoli’s office.

Ben and Jerry’s Jewish co-founders, Bennett Cohen and Jerry Greenfield — who sold their namesake company to Unilever in 2000 — defended the company’s decision to end sales in the region in a New York Times editorial in July, writing that Israel was one of the first countries that the company had expanded to internationally as it grew.

The founders, who called themselves “proud Jews,” said it is “possible to support Israel and oppose some of its policies” just as they have “opposed policies in the US government.”