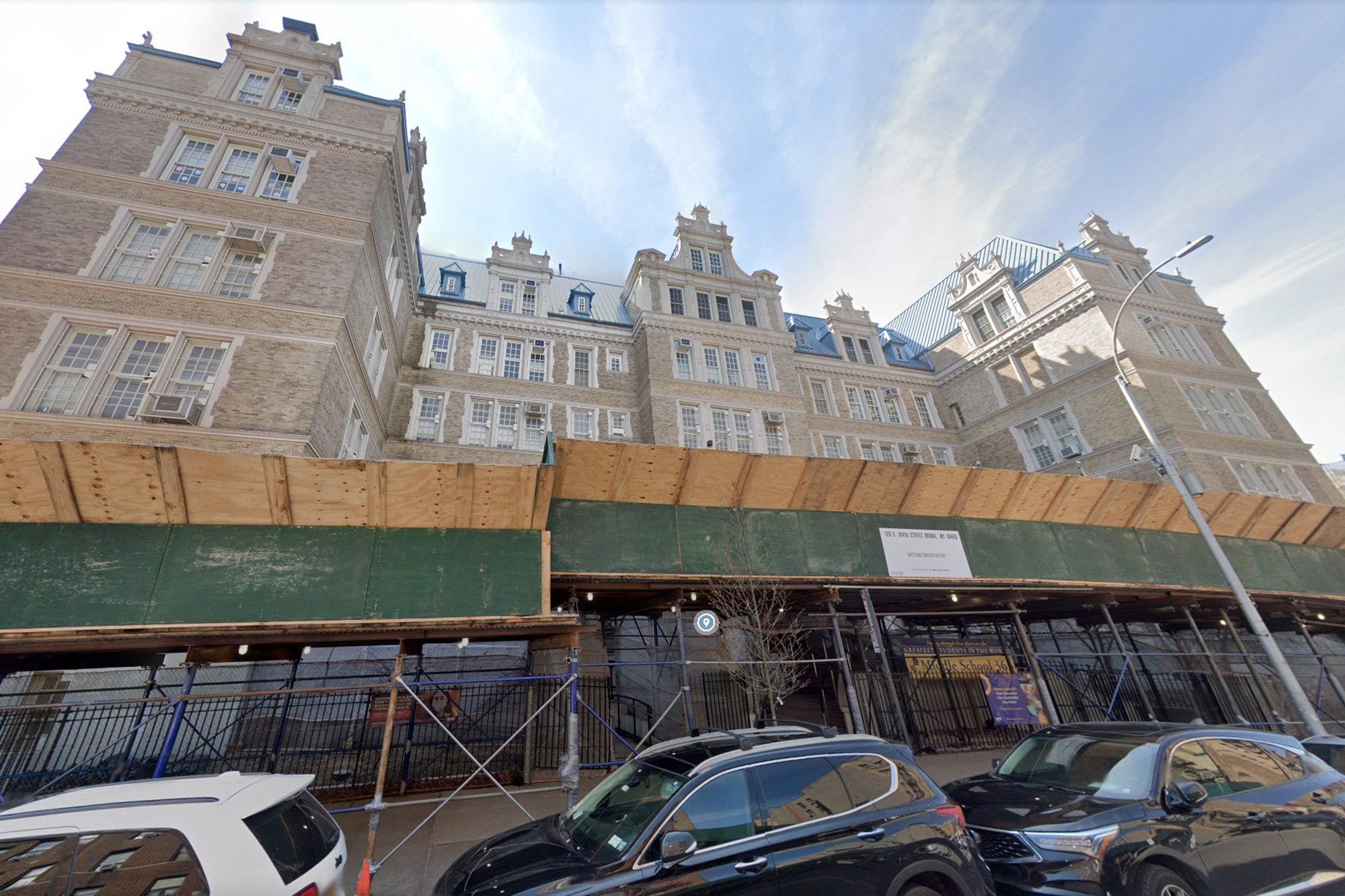 A 13-year-old student was busted with a .22 caliber revolver stashed in his backpack at a Bronx public school early Thursday, cops said.

School safety agents found the gun, as well as an imitation firearm, inside the teen’s bookbag at M.S. 399, The Academy for Personal Leadership and Excellence, on East 184th Street near Creston Avenue in Fordham Heights around 9:20 a.m., cops said.

Cops brought the boy to the 46th Precinct, police said. No charges had been filed by later in the morning.

No one was hurt, cops said.

The incident comes just a day after a 13-year-old gunman allegedly shot and wounded two other teens –  a 16-year-old girl and a 14-year-old boy – at a bus stop outside Campus Magnet High School in Cambria Heights, Queens.

He was charged with assault, criminal possession of a weapon, and reckless endangerment, authorities said.