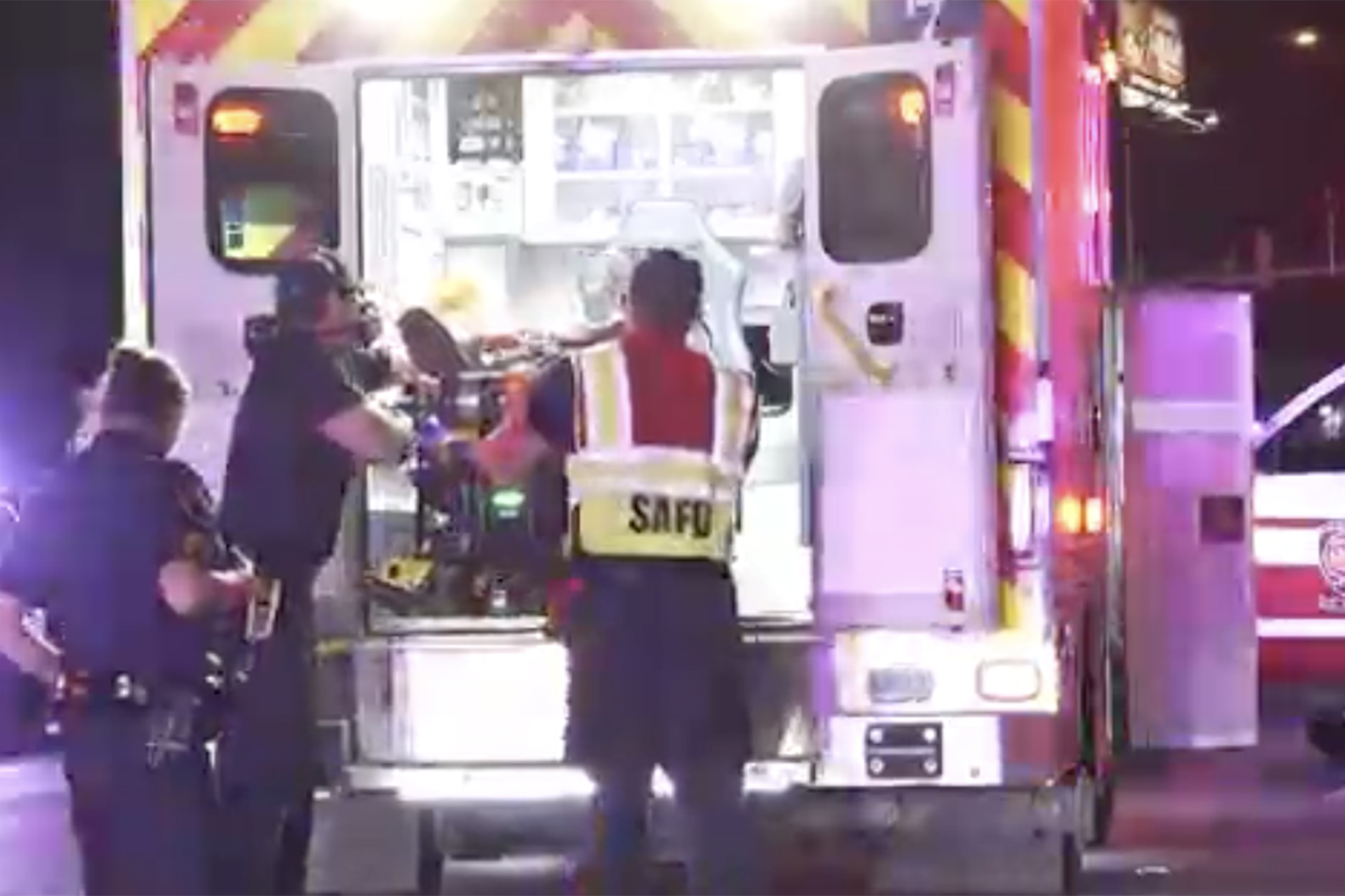 Three people were fatally shot and two others critically wounded when an argument at a sports bar in San Antonio, Texas erupted into gunfire early Sunday, according to the city’s police chief.

The owner of the Boom Boom Sports Bar was trying to close at around 3:35 a.m when a fight broke out and spilled into the street — where a man allegedly grabbed a long gun from his car and began spraying bar-goers with bullets, according to San Antonio Police Chief William McManus.

The gunman hit five people then fled, Manus said in a Facebook message. He was still at large on Sunday night.

A yet-to-be named man and a woman were pronounced dead at the scene, and a third victim died at a hospital, according to McManus. Two others are in critical condition at the city’s Brooke Army Medical Center.

It wasn’t immediately clear if the mass shooter knew any of the victims, all of whom were in their 20s and 30s, according to police, who said the investigation is ongoing.