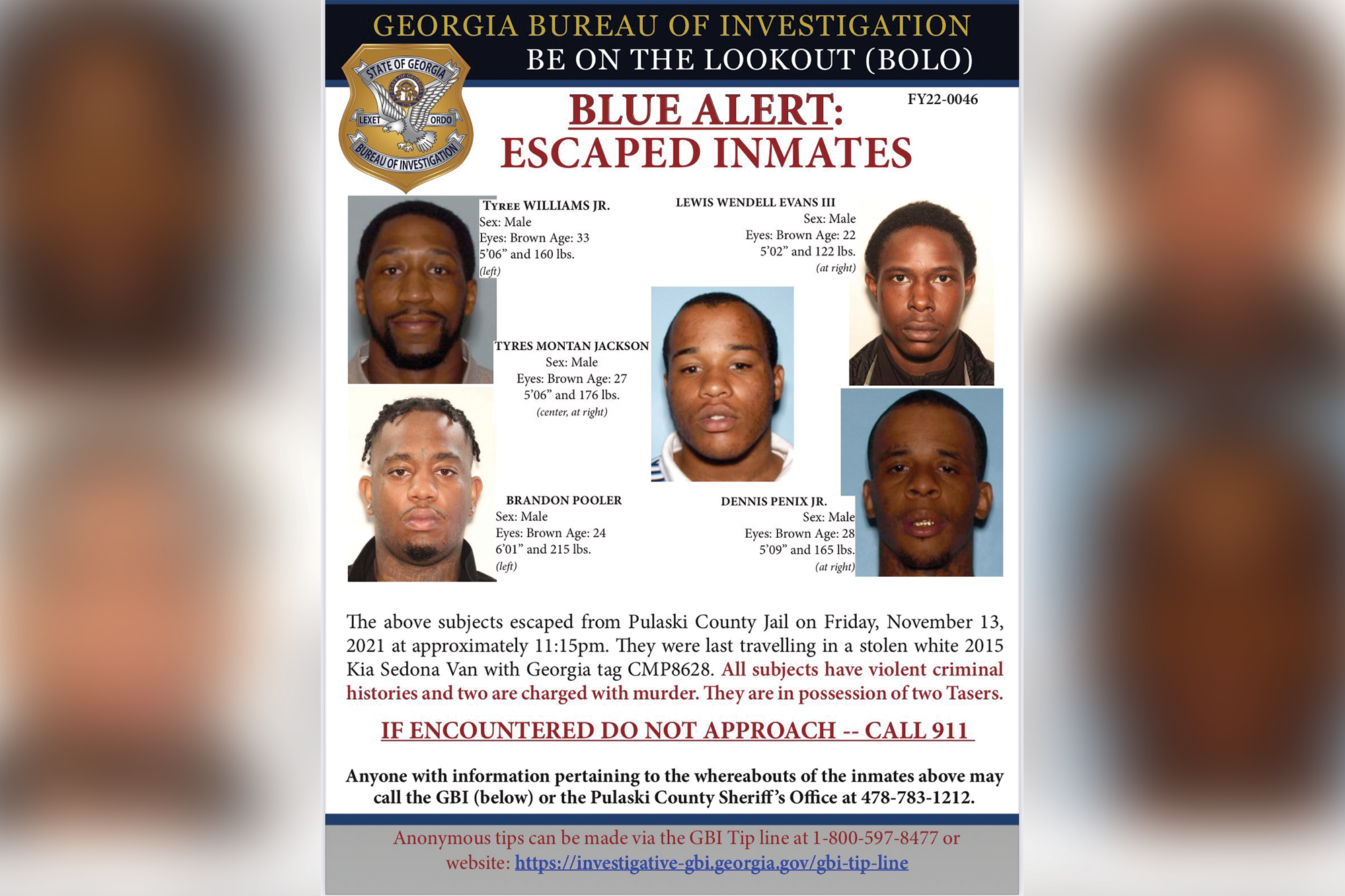 The men were still on the lam late Saturday after busting out of Pulaski County Jail. They were last seen in a stolen 2015 Kia Sedona minivan, according to the Georgia Bureau of Investigation.

The group is also armed with two tasers, GBI said.

Williams and Penix were both locked up on murder charges, WSBTV.com reported.

GBI released mugshots of all five inmates and warned the public to call 911 and stay away from the men if anybody encountered them.