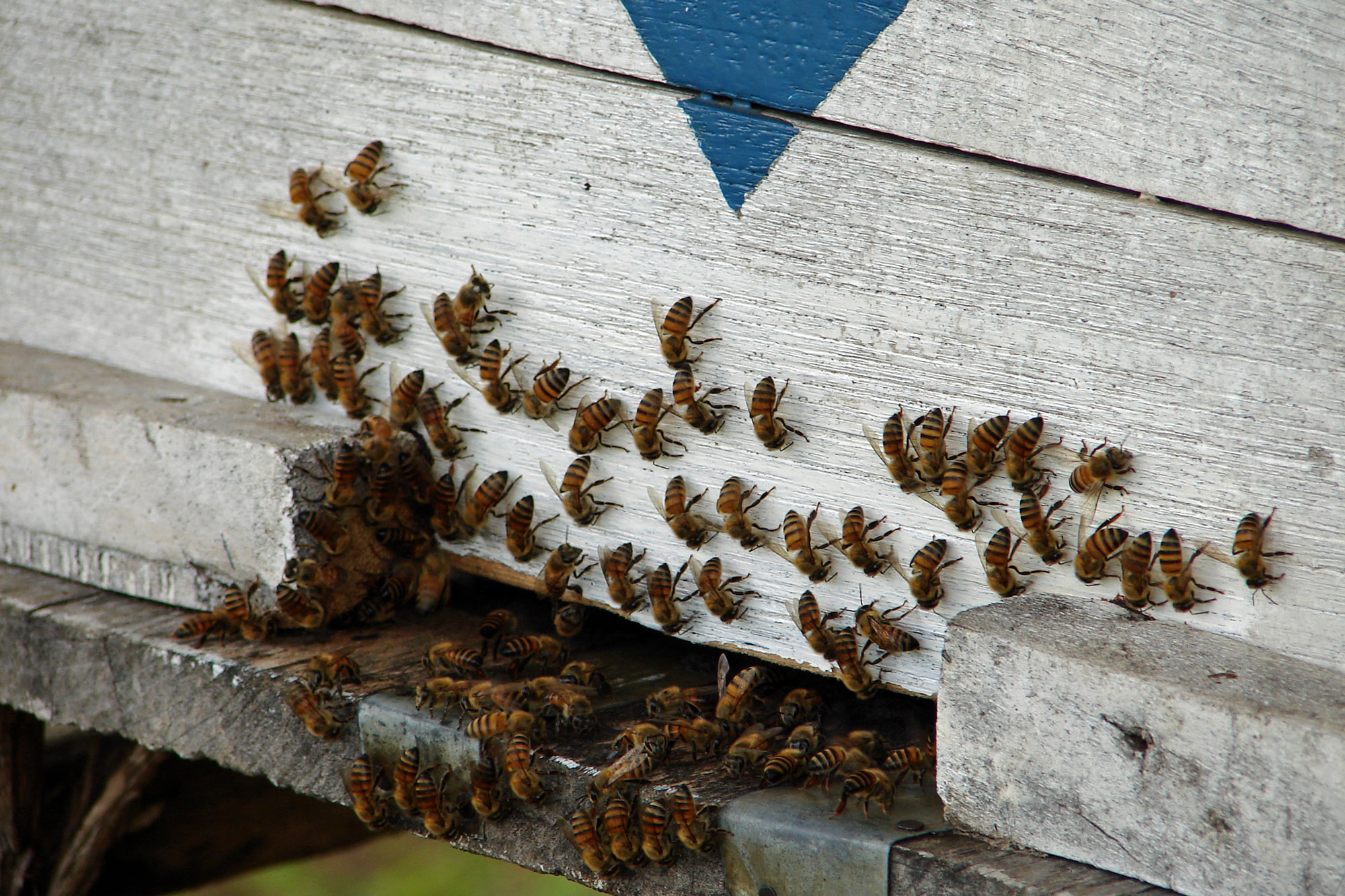 OMAHA, Neb. — About 6,000 bees were recently removed from inside the walls of an Omaha couple’s 100-year-old home.

Thomas and Marylu Gouttierre told the Omaha World-Herald they have been planting bee-friendly flowers outside their midtown home, but they never expected the bees to move in.

The bees likely infiltrated through a hole in the mortar of its brick exterior. The Gouttierres discovered them after noticing many bees flying outside their kitchen window and found about 30 in a second-floor bedroom.

“If you put your ears to the wall you could hear the buzzing,” said Thomas Gouttierre, who is a retired dean at the University of Nebraska at Omaha who used to lead the Center for Afghanistan Studies there.

Gouttierre said their first thought was to call an exterminator, “but we’ve been reading and there are a lot of great shows on PBS ‘Nature’ about how important bees are to pollinating the world in which we live.”

The couple contacted two members of the Omaha Bee Club who charged $600 to safely relocate the bees. Larry Cottle of Countryside Acres Aviary cut a hole in the wall of the home before Ryan Gilligan of Gilly’s Gold vacuumed the bees into a box to move them. Three honeycombs about 2 inches (5 centimeters) thick and roughly 9 inches (23 centimeters) in diameter were inside the wall.

Gouttierre said he and his wife tasted some of the honey before Gilligan took the bees home to his acreage.

Gilligan said he has removed bees from a number of homes, apartments, barns and trees in the past seven years. The last home he did before the Gouttierres’ had 15,000 bees.