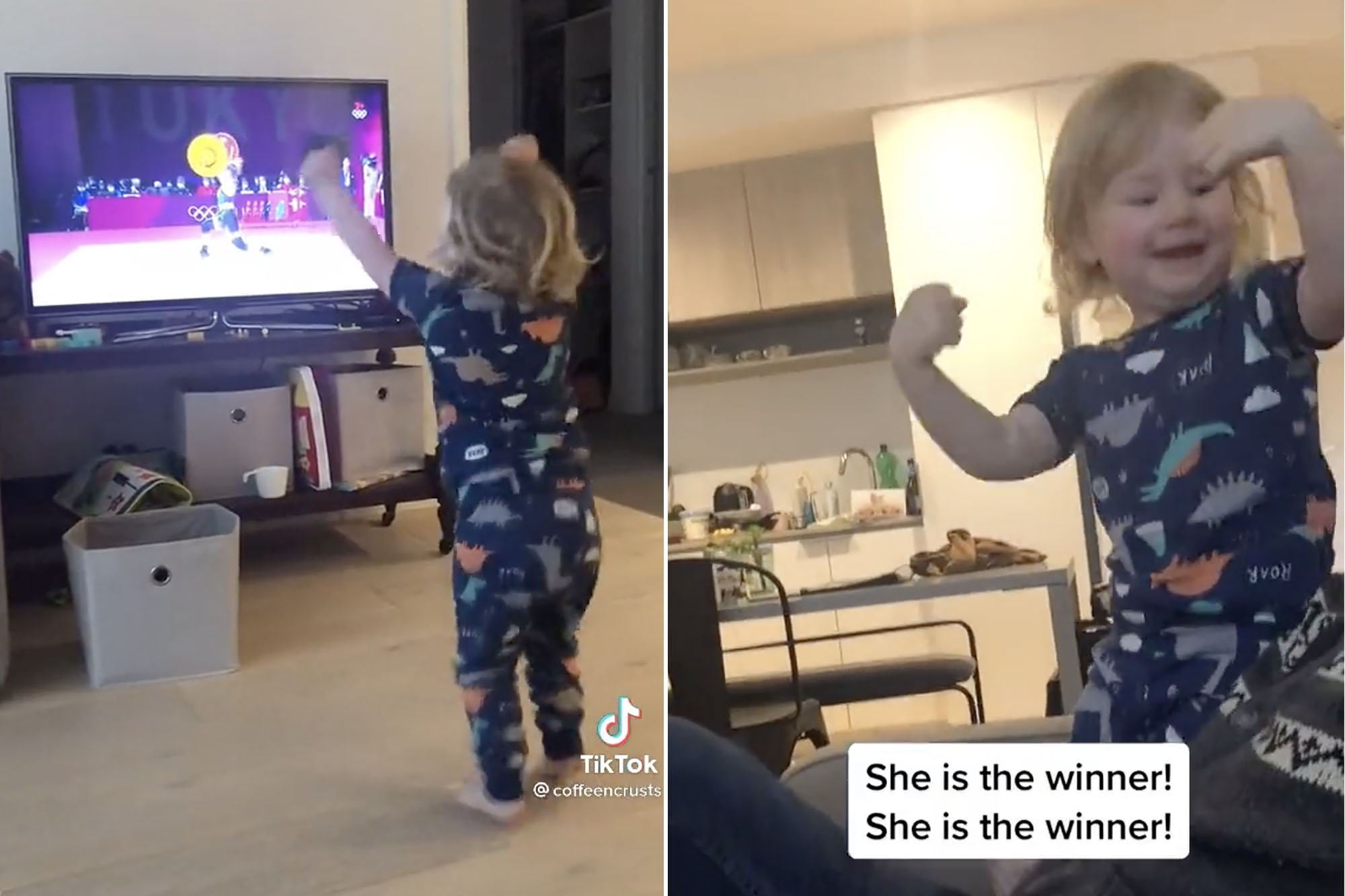 A young Olympics fan was captured in a heartwarming video joyfully cheering on the female competitors in the 2020 weightlifting competition — marveling at how strong the athletes are in the now-viral clip.

“The women are so strong!” the curly-haired toddler said in the TikTok video as she sat on the couch, watching the competition on TV.

The clip, posted on Saturday during the women’s 49kg weightlifting competition in Tokyo, shows the kid’s astonishment when she saw the heavy lifters.

“They are so strong! They can lift heavy things,” the kid exclaimed.

“Cuz they’re so strong!” she continued as she giggled and cheered on the competitors, telling them, “You can do it!”

At the end of the video, the kid jumped on the couch and screamed, “She is the winner!” with a wide smile.

A professional female weightlifter shared the clip on Twitter Sunday morning, writing that this is “Why you should watch the Olympics with your kids.”

On Saturday, female heavyweights from across the globe competed in the 49kg match, with 24-year-old Hou Zhihui from Team China snagging the gold medal.