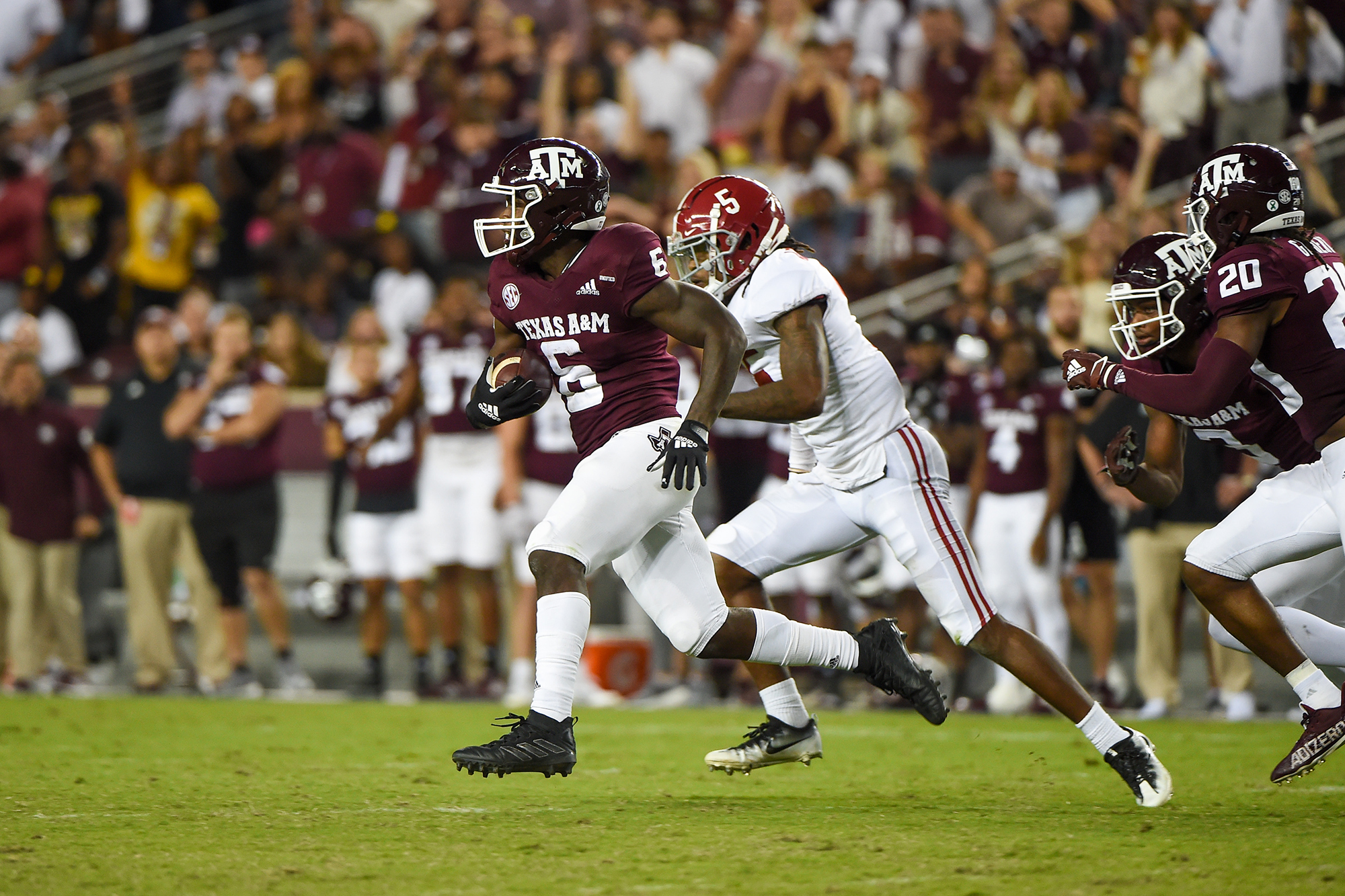 The dispute late Saturday during Texas A&M’s stunning win over top-ranked Alabama came near the end of the thrilling upset, Bessemer police said.

Two men who gathered to watch the much-hyped showdown started arguing over “which team was better,” prompting the homeowner to ask them to leave, police said in a statement.

“Once outside the residence, shots were fired,” Bessemer cops said.

Up to 10 people inside the home ran outside to find Kealand Pickens, 27, of Bessemer, with several gunshot wounds to the torso. He was later pronounced dead at a hospital in Birmingham, police said.

The suspected shooter fled before cops responded. Detectives know the man’s identity, but he was not in custody as of early Tuesday, Lt. Christian Clemons told The Post.

“We have identified our shooter and we’re looking to arrest him soon,” Clemons said.

It’s unclear which team Pickens was rooting for, according to Clemons, who said he couldn’t recall a recent fatality in Bessemer believed to be connected to college football.

“It is rare,” Clemons told The Post. “I’m trying to remember and I can’t remember a time when we had a death over a college football game.”

College football-associated assaults and violence have occurred in the past, but “nothing to this stature,” Clemons said.

Clemons said the fatal shooting occurred toward the end of the game, which ended with a 28-yard field goal by Texas A&M, snapping the Crimson Tide’s winning streak at 19 games.

Alabama fell to No. 5 after the loss, while the Aggies are now at No. 21 in the latest college football rankings.