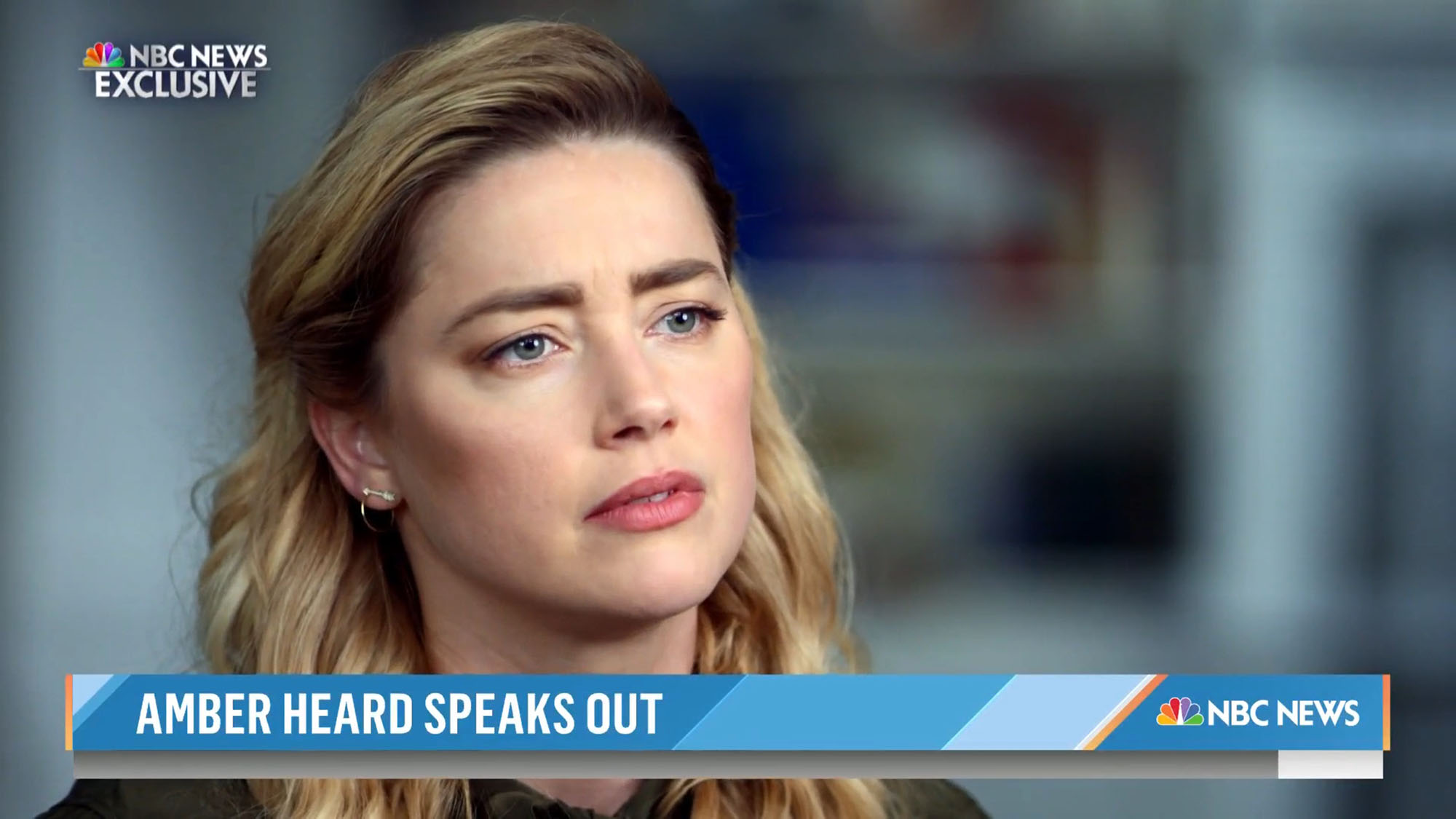 Amber Heard is getting thrown into the lion’s den after a snippet of her upcoming NBC interview was released on Tuesday.

The 36-year-old’s first sit-down interview since losing her defamation trial against ex-husband Johnny Depp will air Friday, June 17, and fans are not happy with Heard once again.

“How can people NOT see through this? Can THEY not see she’s acting?” one lamented.

Others moaned about the “Aquaman” star’s lack of acting skills in the meeting with “Today” show host Savannah Guthrie.

“Nobody said her acting was good on the stand 😂 She is both a terrible actress in movies and in trials,” someone chimed in.

“The fact that you would interview Amber speaks volumes about your agenda. America is glad she lost,” a user tweeted in a swipe at “Today,” which dropped the first clip from the interview Tuesday with a second one coming Wednesday. “It’s odd that NBC keeps pushing this false narrative that the jury and judge didn’t do their jobs correctly,” added another.

“This interview is the proof that she doesn’t have a proper PR team anymore. If she had, they would’ve told her not to do this #AmberHeardIsALiar,” another added, while one seemingly suggested she should give up on her ongoing self-defense, saying, “As long as Amber keeps dragging this hoax out, she will keep getting dragged herself.”

Depp, 59, was awarded over $10 million from a Fairfax, Virginia, jury on June 1 that ruled that Heard defamed him in a 2018 Washington Post op-ed.

In the first portion of the interview, Heard claimed that she does not regret her testimony despite the jury’s verdict in favor of the “Edward Scissorhands” star.

“To my dying day will stand by every word of my testimony,” she sobbed to Guthrie, 50. “That’s all I spoke. And I spoke it to power and I paid the price. This is the most humiliating and horrible thing I’ve ever been through. I have never felt more removed from my own humanity. I felt less than human.”

She also said she believes that social media influenced the trial and its outcome.

“I think vast majority of this trial was played out on social media,” Heard said. “I think that this trial is an example of that gone haywire, gone amok, and the jury is not immune to that … How could they not? I think even the most well-intentioned juror, it would have been impossible to avoid this.”

Cyabra, a disinformation monitoring platform, recently discovered that an increase of 819% of harmful content against Heard followed the court case. The company also found that over 21,000 social media profiles took part in the discourse around the trial.

WHO says Monkeypox not a current serious threat