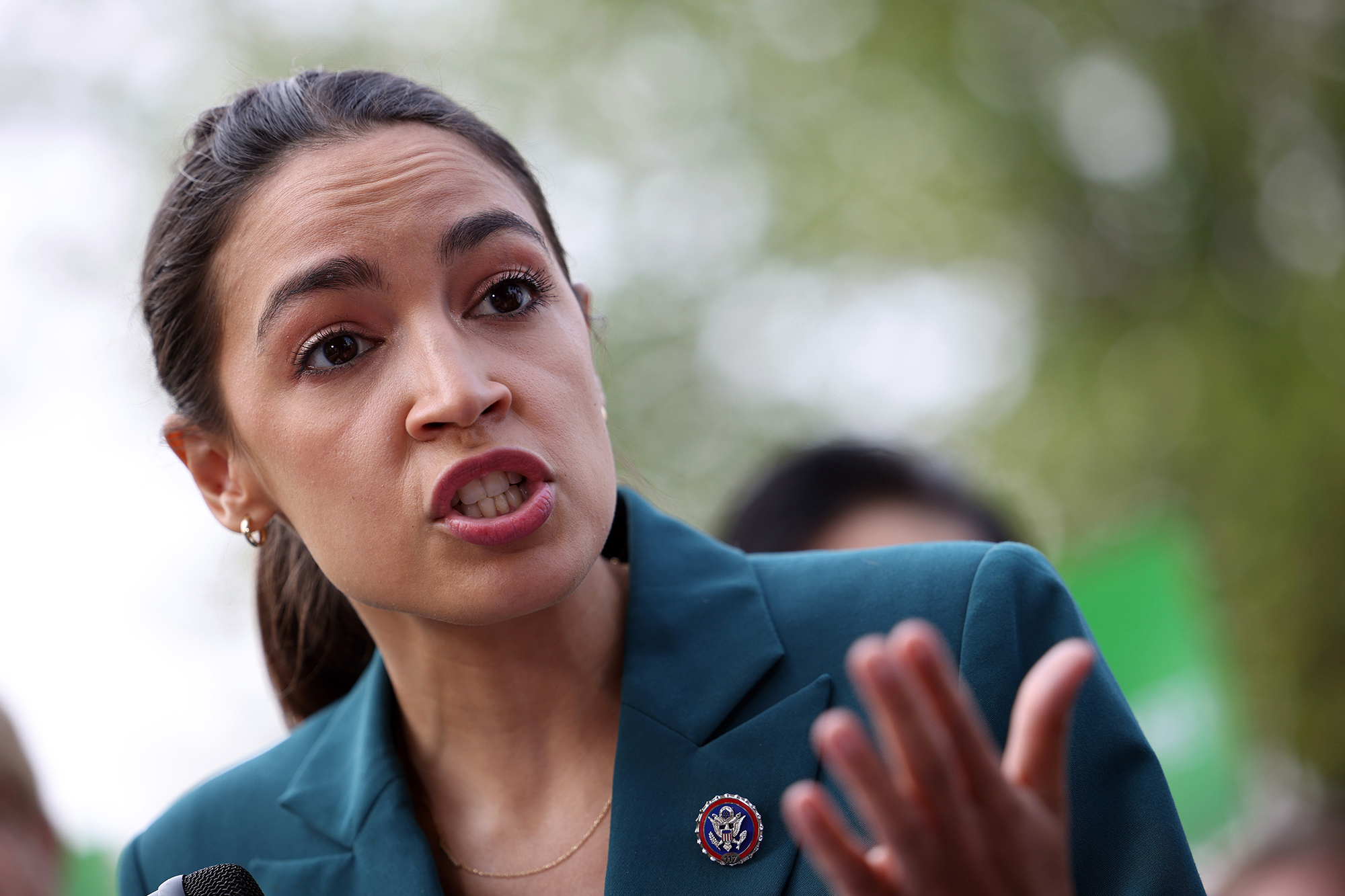 House Speaker Nancy Pelosi (D-Calif.) tied the fate of the two pieces of legislation together last month when she said the House will not take up the infrastructure bill unless the proposed spending measure is passed by “reconciliation” — a procedural tactic that would allow the Democrats to pass the measure in the 50-50 Senate by a simple majority and bypass Republicans.

Ocasio-Cortez (D-NY) said House Democrats must back that proposal.

She went on to say that some of the investments in the bipartisan infrastructure deal, a major priority for the Biden White House, are not all “Candyland,” adding that some of the pay-fors are “alarming.”

“So we really need to see that language and see what’s put in there when it reaches the House. Bipartisan doesn’t always mean that it’s in the interest of the public good,” the Bronx congresswoman said. “Frankly, sometimes there’s a lot of corporate lobbyists giveaways in some of these bills.”

The Senate is expected to continue debating the infrastructure package Sunday after its majority leader, Chuck Schumer (D-NY) called a recess late Saturday night when talks stalled because the text of the approximately 3,000-page bill hasn’t been written yet.

”The longer it takes to finish, the longer we will be here,” Schumer said, raising the possibility he would keep senators in Washington through their planned August recess.  “But we’re going to get the job done.”

“We really are just about finished,” she said, adding that “large parts of the text have been shared with Senate offices.

“I think we will be able to lay down the bill later today and begin perhaps consideration of some amendments,” Collins (R-Maine) said. “My hope is that we’ll finish the bill by the end of the week.”

She was asked by host Jake Tapper if at least 10 Republicans will support it, allowing the measure to pass the 60-vote threshold of the filibuster.

“I believe it will. This bill is good for America,” she said.

“Every senator can look at bridges and roads, the need for more broadband, waterways in their states, seaports, airports and see the benefits, the very concrete benefits — no pun intended — of this legislation,” she said.