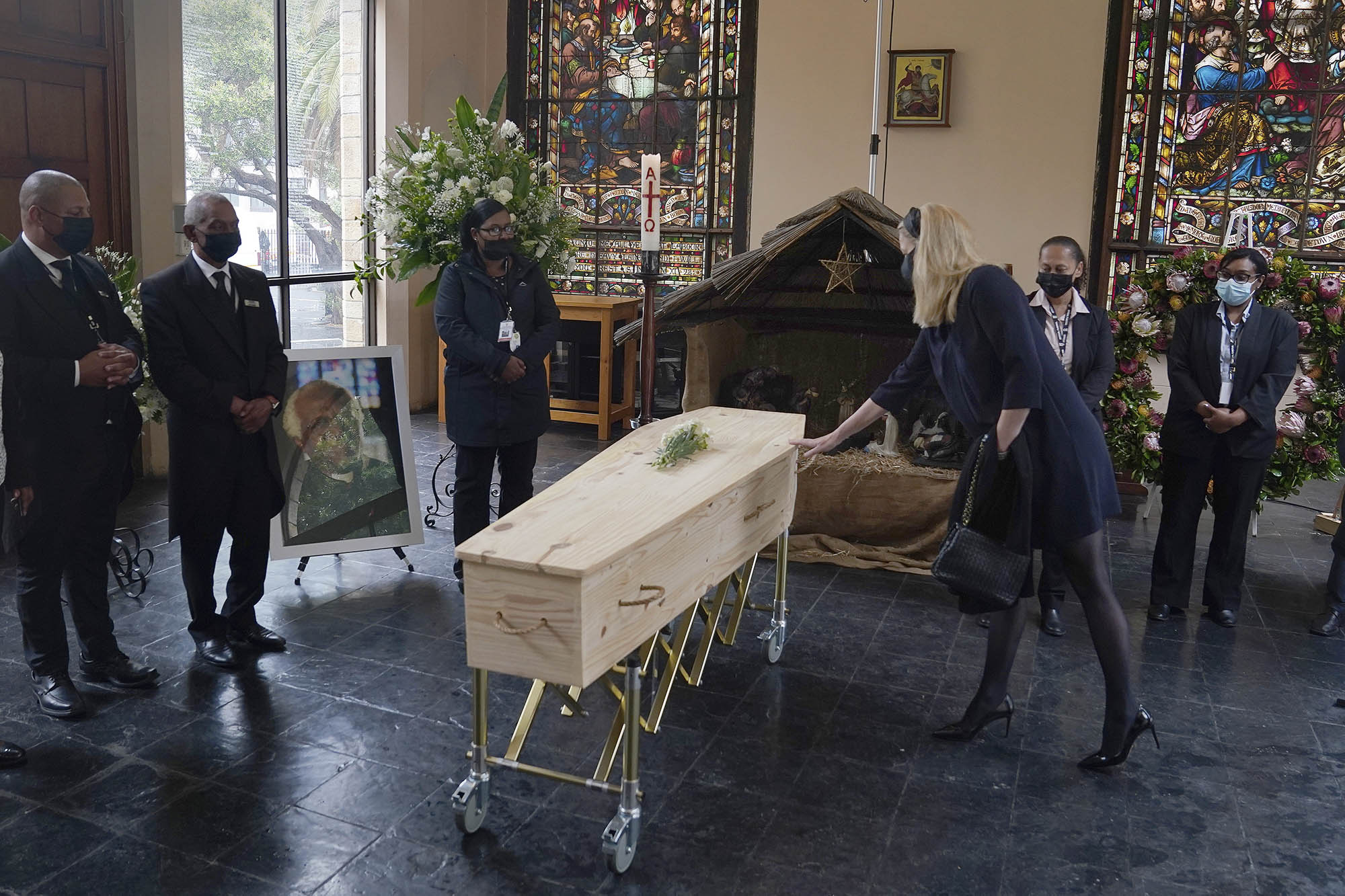 CAPE TOWN, South Africa — A funeral service is underway in Cape Town, South Africa, for Archbishop Emeritus Desmond Tutu, the Nobel Peace Prize-winning equality activist who was revered in Africa for his role in ending apartheid.

“When we were in the dark, he brought light,” Archbishop of Canterbury Justin Welby, the head of the worldwide Anglican church, said in a video message shown at a requiem Mass celebrated in Tutu’s honor Saturday at St. George’s Cathedral.

“For me to praise him is like a mouse giving tribute to an elephant,” Welby said. “South Africa has given us extraordinary examples of towering leaders of the rainbow nation with President Nelson Mandela and Archbishop Tutu…. Many Nobel winners’ lights have grown dimmer over time, but Archbishop Tutu’s has grown brighter.”

Tutu’s small plain pine coffin, the cheapest available at his request to avoid any ostentatious displays, was the center of the service, which also is featuring African choirs, prayers and incense.

South African President Cyril Ramaphosa is to give the eulogy at the service.

Following the funeral, Tutu’s casket is to be taken away for cremation and his ashes interred at the cathedral’s columbarium.