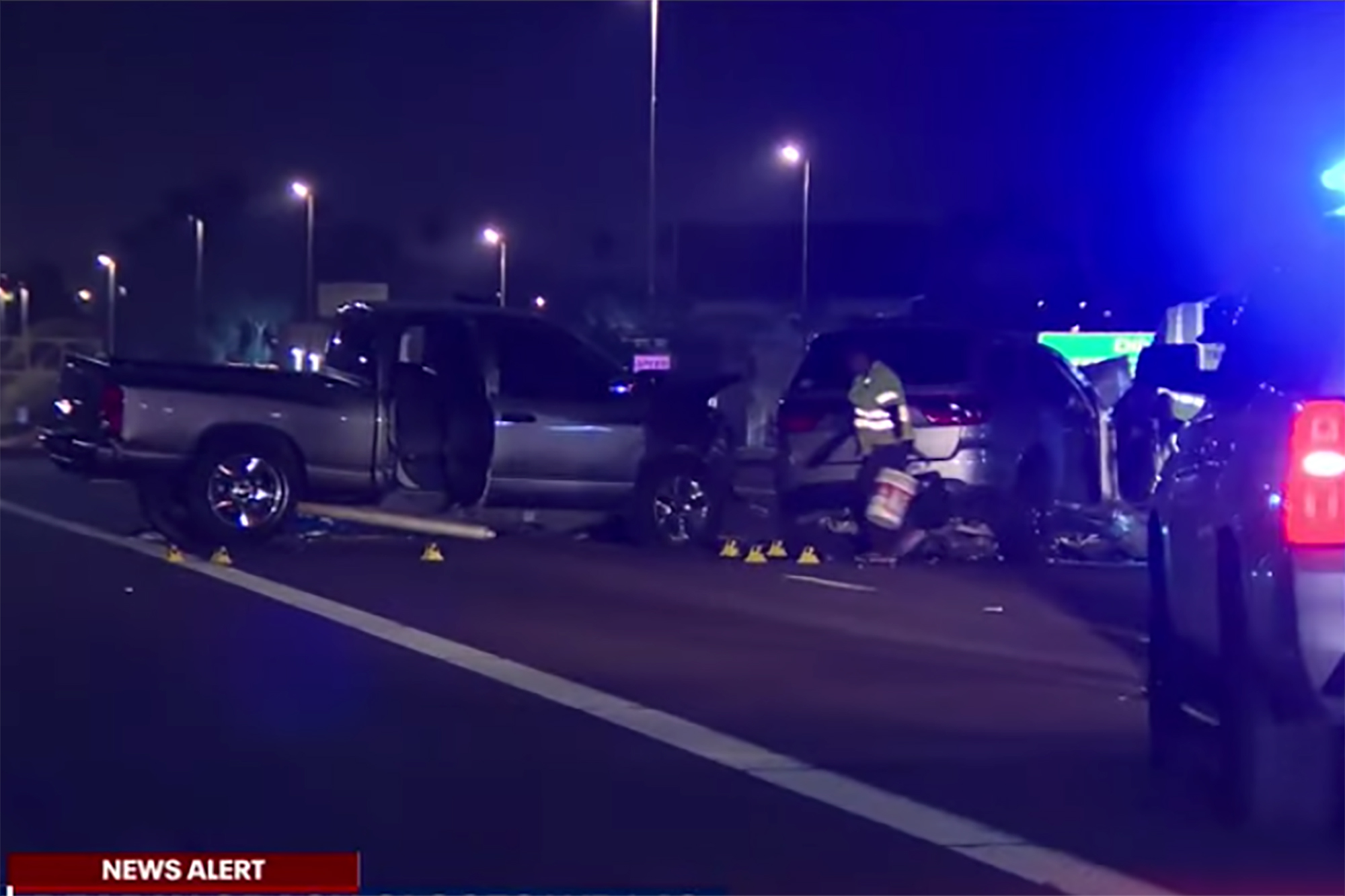 A wrong-way driver died after going on a road rage rampage against his girlfriend on an Arizona highway.

The unidentified man chased and rear-ended the woman’s vehicle with his truck multiple times on a Phoenix road Thursday morning before turning into opposing traffic on Interstate 10, according to Fox 10.

The aggressive driver died at the scene, and the driver of the SUV he collided with was seriously injured, the article said. The woman that was being pursued was reportedly unharmed.

“There was an altercation with his vehicle and his girlfriend’s vehicle, and they did have contact,” a DPS spokesman reportedly said.

“We don’t know at this point if he intentionally went [the] wrong way, or if there was an accident, and he was struck by that third vehicle. The girlfriend did not suffer any physical injuries, obviously very chaotic and a traumatic event for her. The male driver of the SUV who was a victim of the wrong way, he suffered a severe injury, it does not appear to be life-threatening at this time. He was transported to a local hospital.”