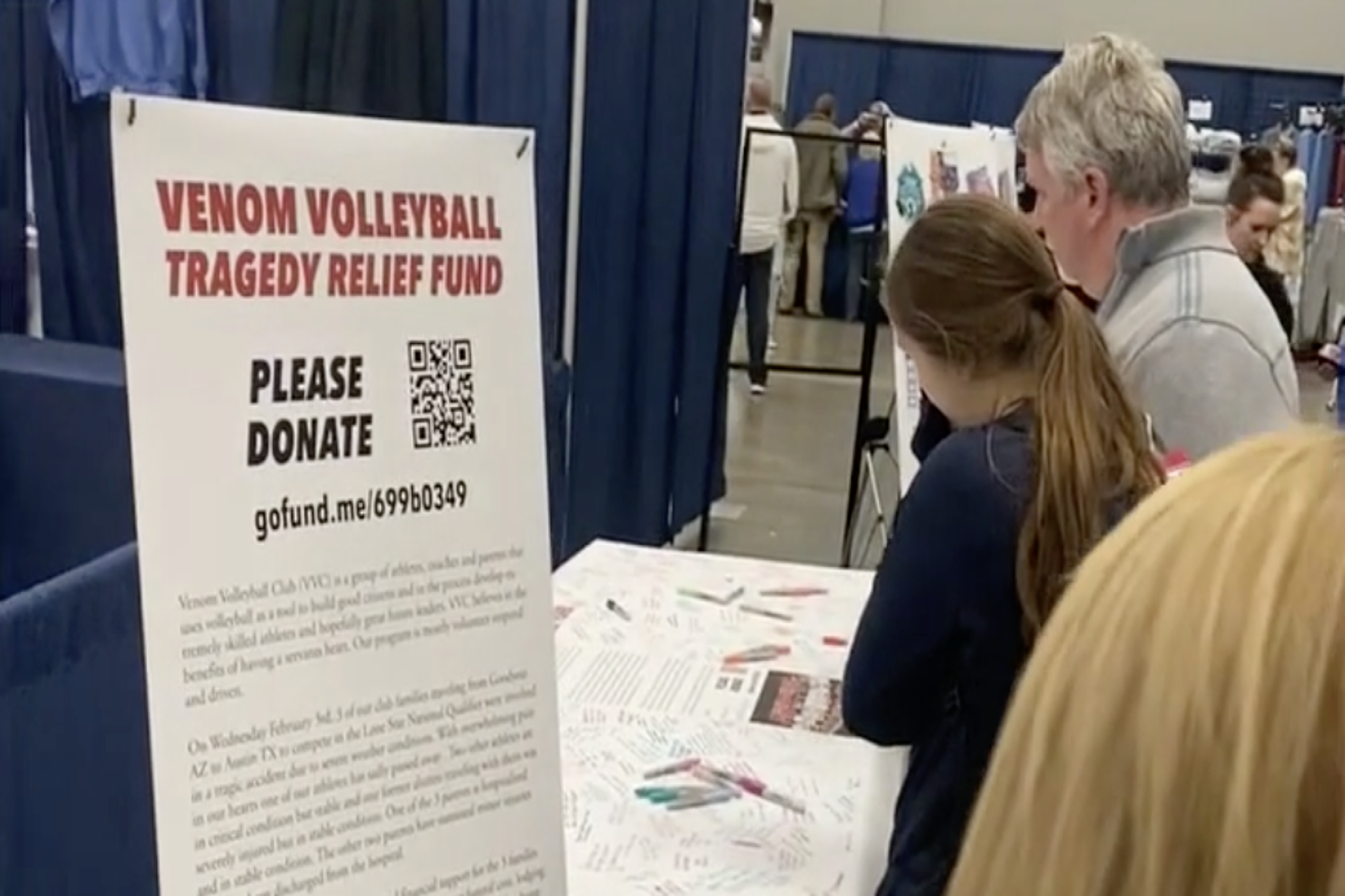 A teenage girl was killed in a car crash caused by severe weather this week as she was traveling with members of her volleyball team from Goodyear, Arizona, to Austin, Texas, for a tournament.

“With overwhelming pain in our hearts one of our athletes has sadly passed away,” the Venom Volleyball Club, which has several teams whose members range in age from 7 to 17, wrote on a GoFundMe for the victims.

Two other athletes, one parent, and an alumnus were also hospitalized following the accident, which happened amid icy weather on Feb. 3 in London, Texas, about 110 miles west of Austin.

Jimmy Gonzalez, head coach and director of Venom Volleyball, told Fox 10 Phoenix that the athletes and their families decided to make the drive from Arizona to central Texas after their flights were canceled due to winter weather.

“Their vehicle swerved into the oncoming traffic, and they were met by a semi-truck,” Gonzalez told the news outlet, noting that a teenage athlete died at the scene. “Once I heard that – it was a nightmare. I thought I was asleep, and I needed to wake up.”

A GoFundMe that was set up by Gonzalez to cover funeral costs, medical expenses, and lodging had raised more than $115,000 by Sunday evening.

Several states stretching from New Mexico to Vermont were under winter storm warnings and watches this week as snow and ice made driving dangerous.