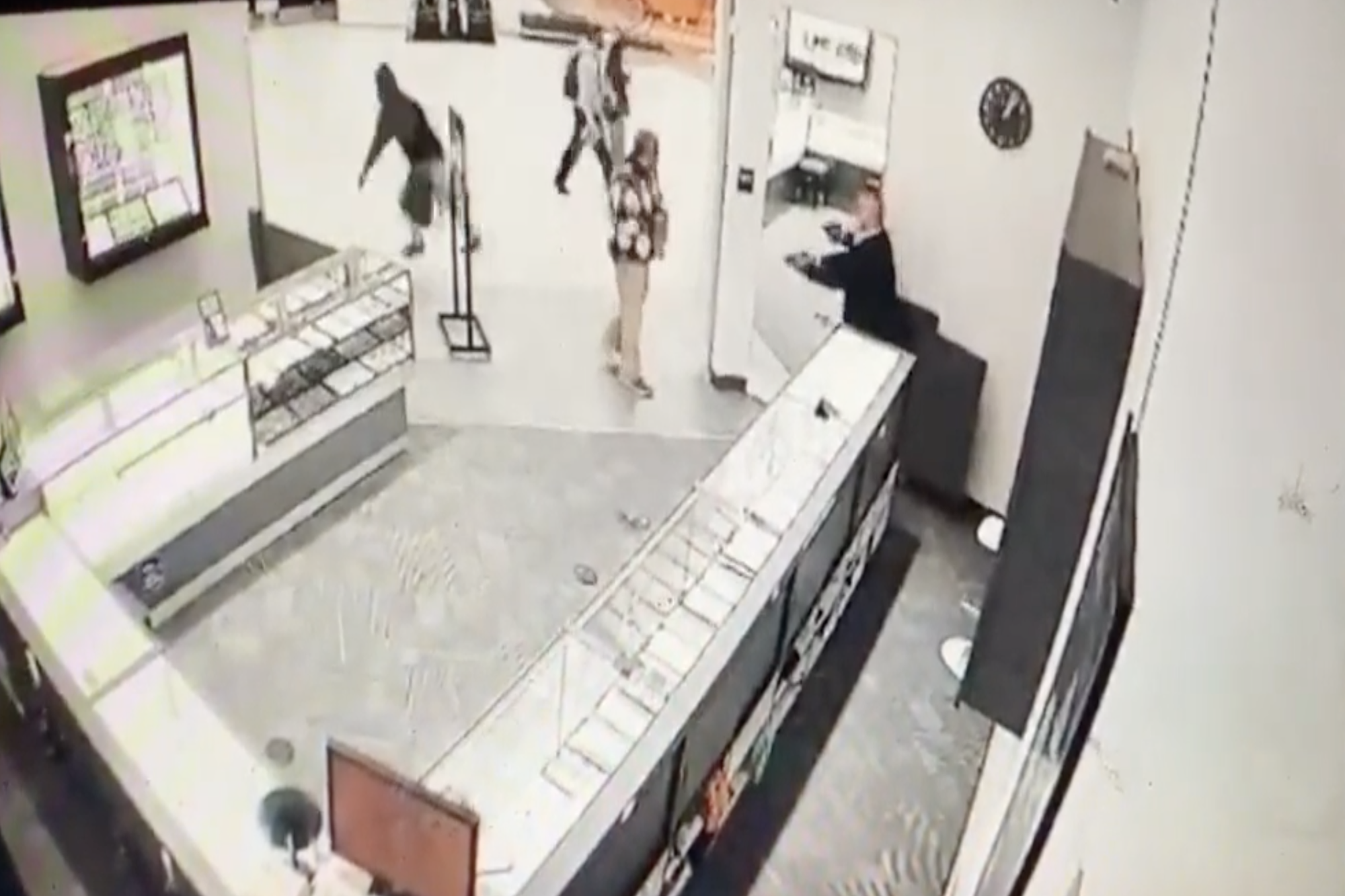 The owner of a California jewelry store fended off five smash-and-grab robbery suspects after he flashed his legally owned firearm, police said.

The man, identified by KTVU as Usman Bhatti, foiled the attempted theft at his store inside the Tanforan Mall in San Bruno on Jan. 21 at about 1 p.m.

Bhatti, who has a concealed carry permit, drew his gun after one of the men cracked a display case and then threatened him with a crowbar, according to police.

After pointing the firearm towards the would-be robber and yelling at him to stop, the crowbar-wielding suspect fled towards the food court, authorities said.

Another male suspect then whipped out his own gun and aimed it at Bhatti, police said.

The owner then trained his firearm toward the gun-wielding suspect, who subsequently ran away with his remaining cohorts.

No shots were fired during the attempted robbery and no injuries were reported.

Bhatti told KTVU that he had no other option but to pull out his gun.

“I’m not trying to be a hero or a macho man..it just happened very quick and I had no choice,” he told the outlet.

Fourth of July firework safety tips: What to know