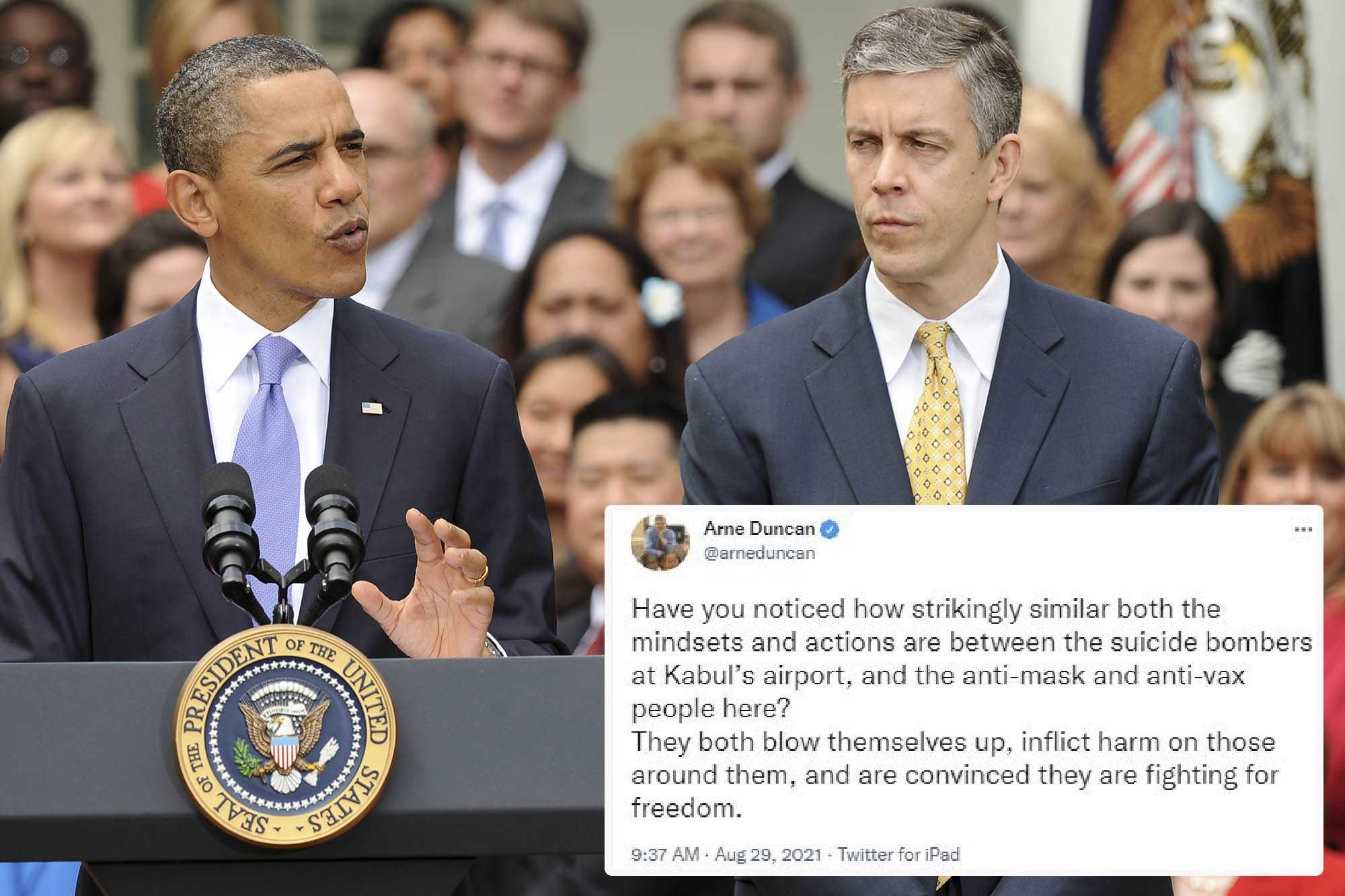 A former US education secretary in the Obama administration has slammed anti-maskers and foes of the COVID-19 vaccine for insisting that they are “fighting for freedom,” comparing them to the suicide bomber behind the deadly explosion at the Kabul airport.

Arne Duncan, who served in former President Obama’s Cabinet from 2009 to 2016, made the comparison Sunday, shortly before the bodies of the US service members killed in the blast returned to American soil.

“Have you noticed how strikingly similar both the mindsets and actions between the suicide bombers at Kabul’s airport, and the anti-mask and anti-vax people here?” Duncan wrote on Twitter.

“They both blow themselves up, inflict harm on those around them, and are convinced they are fighting for freedom.”

The comparison received backlash on social media, with some critics calling the comments “disrespectful” to the families of the victims killed in the terrorist attack.

“So disrespectful. You owe those military families an apology for using them like this. Disgusting,” wrote one Twitter user.

Another added, “On the day that President Biden met the caskets containing the fallen soldiers who were victims of suicide bombers, I can’t imagine a more inappropriate Tweet from former Education Secretary @arneduncan.

The suicide bombing at the Kabul airport gate killed 13 US service members and scores of Afghans attempting to flee the country and escape the oppressive Taliban rule.

How police use excessive force on mostly minority kids