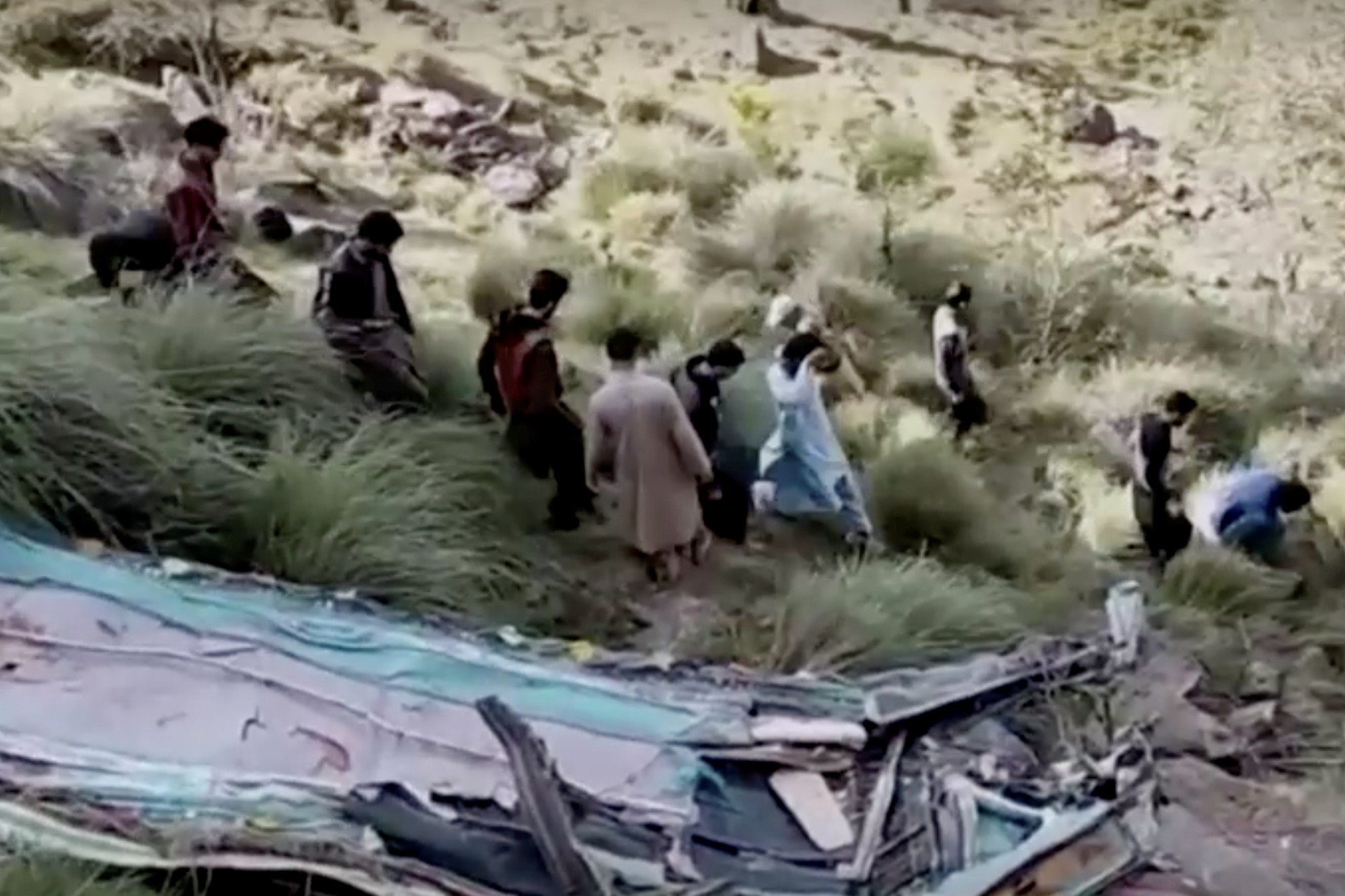 MUZAFFARABAD, Pakistan, Nov 3 – At least 22 people, including women and children, were killed when a passenger bus plunged 1640-feet into a ravine in Pakistan’s part of Kashmir on Wednesday, police said.

Police officer Rashid Naeem Khan said the bus had been heading for the garrison city of Rawalpindi when it went out of control as it passed along the road carved out of the mountainside above the river Neelum.

“The bus apparently developed some technical fault,” he said, adding eight others passengers were critically injured.