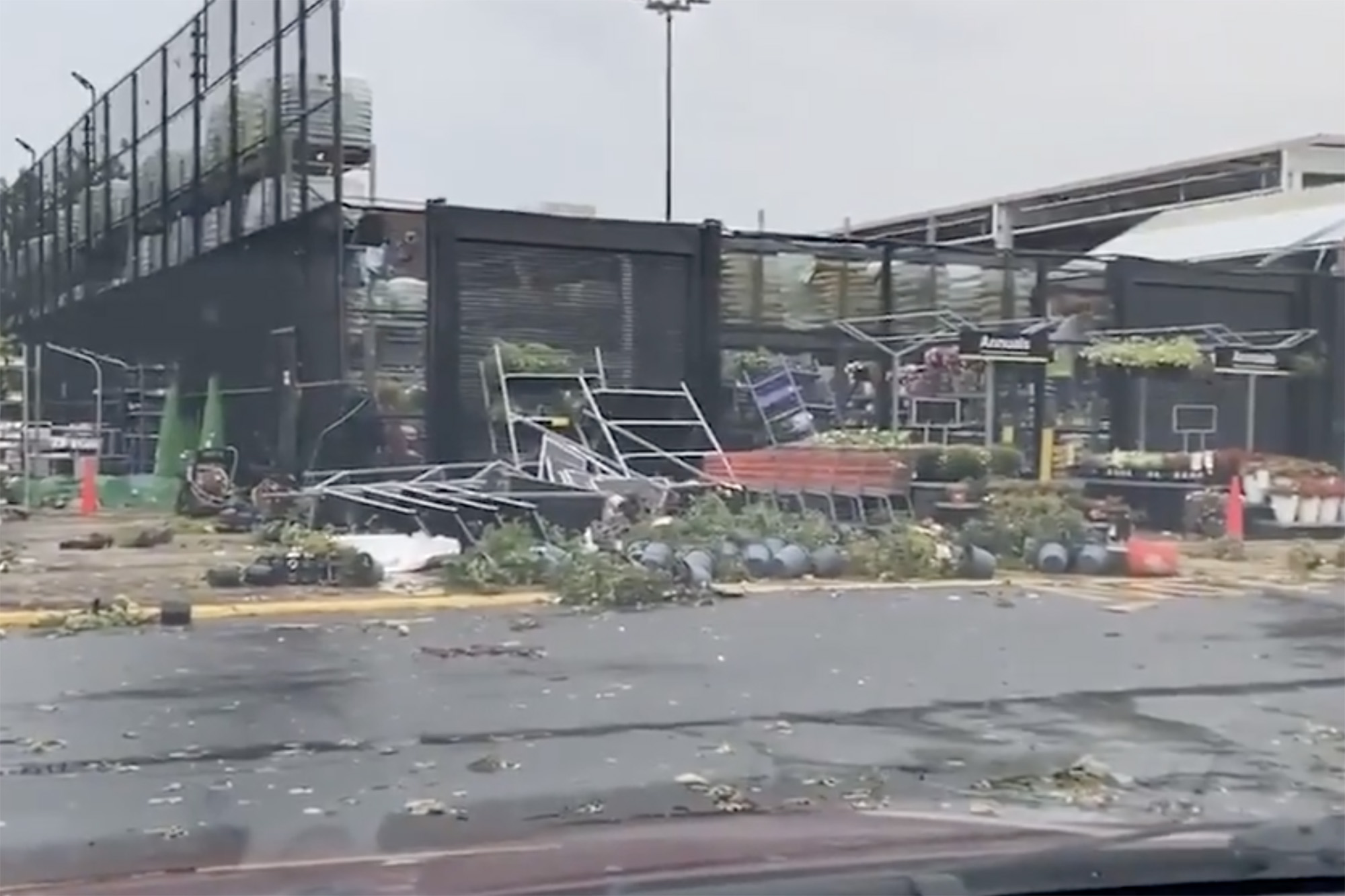 A powerful tornado ripped through eastern Pennsylvania on Thursday night — injuring at least five people and leaving a trail of destruction in its wake.

Storms barreled through Bucks County, with two separate tornadoes touching down — and one of them devastated the town of Bensalem, the Bucks County Courier Times reported.

An auto dealership and mobile home park in the neighborhood, which is close to the New Jersey border, were ravaged by the twister.

Five people inside the car dealership were injured after half of the building collapsed, Bensalem Police Public Safety Director Fred Harran told the newspaper.

A woman inside the building when it collapsed said the quick-hitting storm came with little warning.

“I heard the alarm on my phone and it was seconds later that we felt something happening to the building,” Joanne Szupka told the newspaper.

Szupka sought shelter underneath a desk and was later rescued from the building.

Other witnesses posted footage of the storm’s shocking aftermath to Twitter.

“Just had a tornado come through Bensalem,” wrote one Twitter user who recorded a video of upended vehicles and what appears to be the collapsed car dealership building.