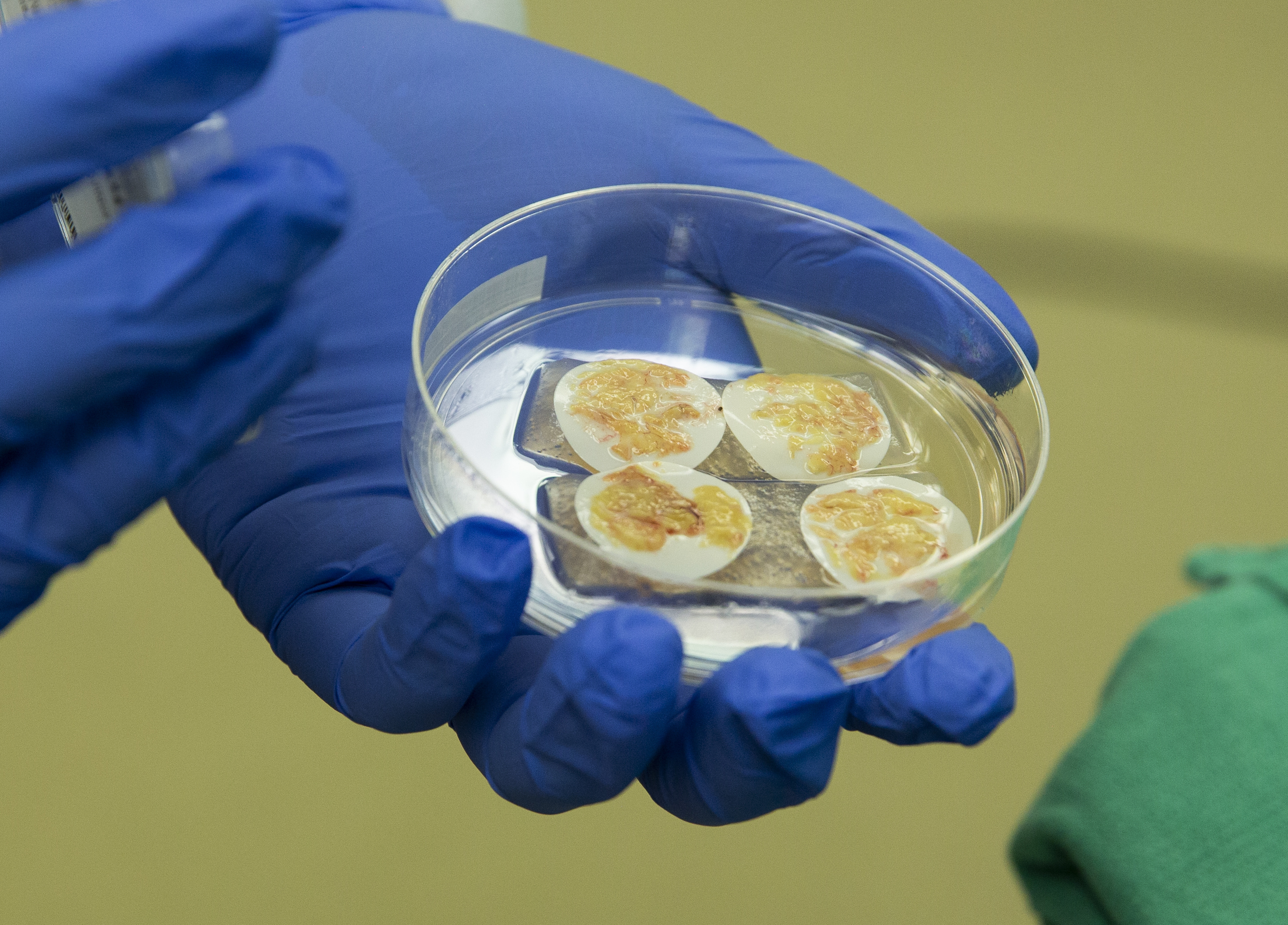 Duke University doctors say a baby is thriving after a first-of-its-kind heart transplant — one that came with a bonus technique to try to help prevent rejection of the new organ.

The thymus plays a critical role in building the immune system. Doctors have wondered if implanting some thymus tissue that matched a donated organ might help it survive without the recipient needing toxic anti-rejection medicines.

Easton Sinnamon of Asheboro, North Carolina, received his unique transplant last summer when he was 6 months old. But Duke waited to announce it until Monday after doctors learned the specially processed thymus implants appear to be functioning like they’d hoped — producing immune cells that don’t treat the tot’s new heart like foreign tissue.

The research is in very early stages and just one possible method scientists are testing in hopes of inducing what’s called immune tolerance to a transplant.

But Turek says if it works, it could be attempted with other organ transplants, not just the heart.

Easton was a candidate for the experimental transplant because he had two separate health problems. He was born with some heart defects that surgeries right after birth failed to solve. And he suffered recurrent infections that doctors eventually realized meant his own thymus wasn’t working properly.

Some babies are born without a thymus, which stimulates the development of part of the immune system known as T cells. Separately, Duke researchers had been working with Enzyvant Therapeutics to develop lab-grown implants of donated thymus tissue to treat that rare disorder.

Easton got a combination of the two procedures. First surgeons implanted his new heart while the donated thymus was sent to a lab. About two weeks later, he had a second operation to implant the processed thymus tissue. His own partially working thymus was removed, to clear the way for new immune cells to take hold.