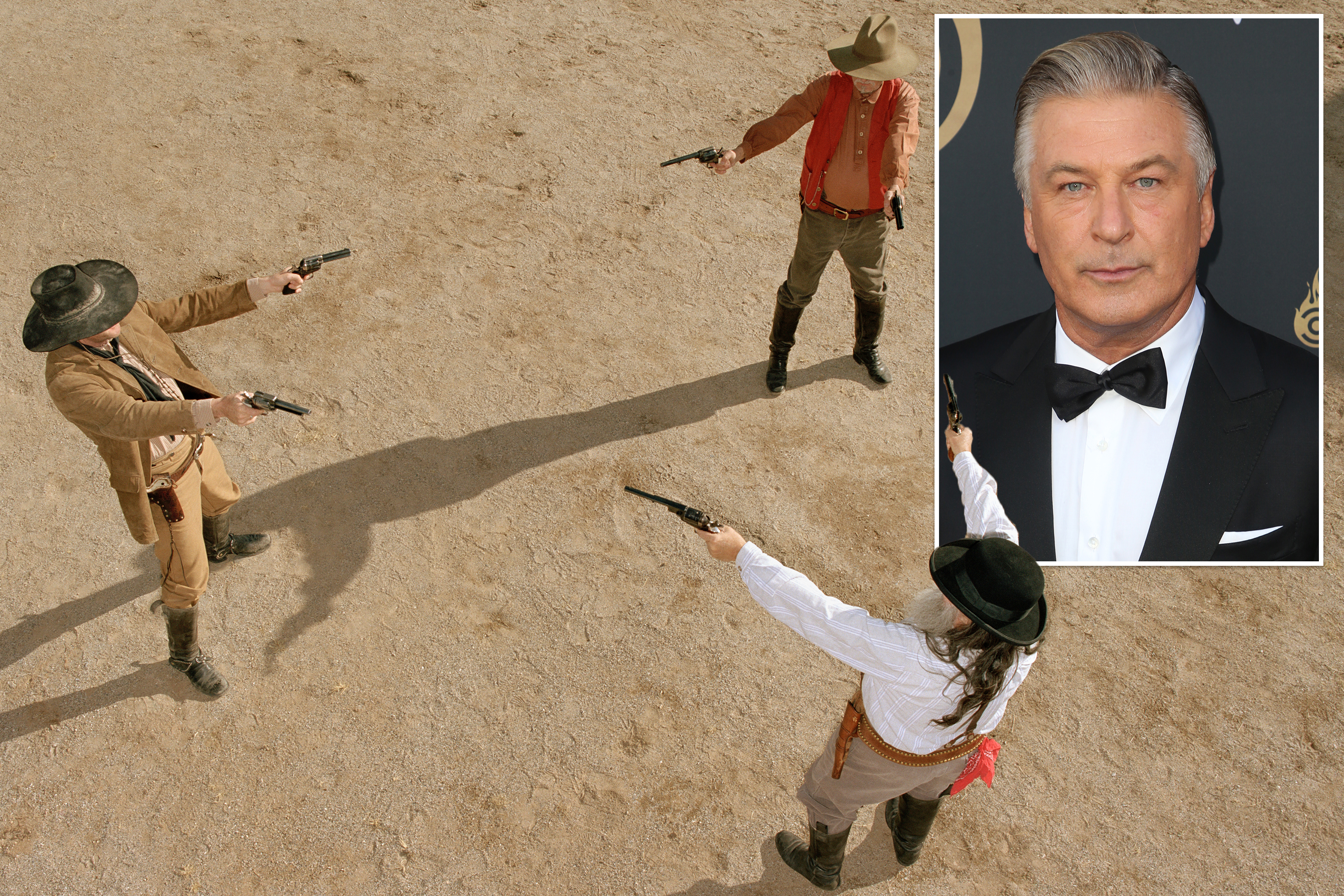 Alec Baldwin failed to follow the No. 1 rule of gun safety before the fatal shooting on the set of “Rust,” a Hollywood weapons expert tells The Post.

“Loaded or unloaded, a weapon never gets pointed at another human being,” said Bryan Carpenter, who heads Dark Thirty Film Services.

Even on a film or TV set, he said “you never let the muzzle of a weapon cover something you don’t intend to destroy.”

The prop gun had misfired twice on Oct. 16 and once the week before, according to the Los Angeles times, and union workers said the “Rust” set had been plagued by safety issues, prompting them to walk out in the hours ahead of the tragic shooting.

The International Alliance of Theatrical Stage Employees also claimed Hutchins was killed by a live round of ammunition, which should never have been on a film set, said former filmmaker and US National Shooting Team member Peter Lake.

Cinematographer Halyna Hutchins, 42, was killed when Baldwin fired a handgun as she was behind the camera, filming him, on Thursday. Director Joel Souza, who was standing near Hutchins, was also hurt in the shooting.

The weapon was declared “cold” by a crew member, while specific details of the shooting remain unclear and are under investigation, including the trail of events that put the deadly firearm in Baldwin’s hands.

“Nonetheless,” Carpenter said, the weapon handled by Baldwin was “obviously pointed at another human being.”

“All guns are always loaded. Even if they are not, treat them as if they are,” reads the No. 1 rule by Cooper, an influential gun safety expert who died in 2006.

While news reports call the firearm a “prop” weapon, Carpenter said the label can be misleading. Some movie-set firearms are “true” props made of rubber. But others, like the one used on the set of “Rust,” are capable of deadly force.

The consultant also said that for safety purposes live firearms used in TV and movie productions are typically aimed at a dummy point, not at equipment, cast or crew members, as was the case with the weapon handled by Baldwin.