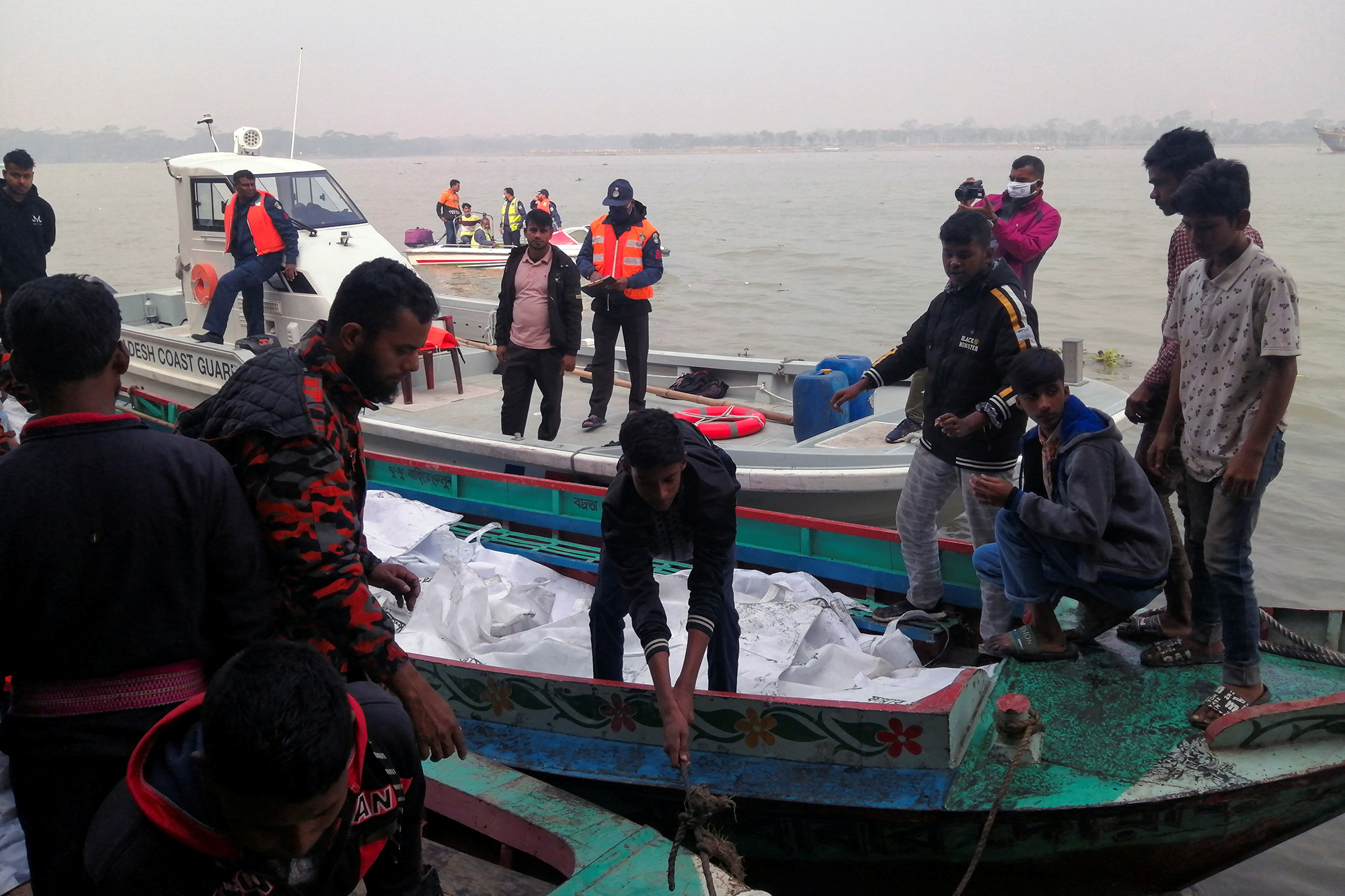 DHAKA, Bangladesh — A massive fire swept through a river ferry in southern Bangladesh early Friday, leaving at least 37 dead and 72 injured, as passengers jumped off the vessel and swam to the shore, officials said.

The blaze broke out around 3 a.m. on the MV Avijan-10 off the coast of Jhalokati district on the Sugandha River.

The United News of Bangladesh news agency quoted fire officer Kamal Uddin as saying the ferry was carrying 800 passengers from Dhaka, the capital, to Barguna, nearly 155 miles to the south.

Fire officer Fazlul Haque said rescuers have so far recovered 37 bodies and rescued 72 injured passengers. He said the rescue mission is ongoing and the casualties are likely to go up.

There was no word on what caused the fire.

Ferry accidents are common and are often blamed on overcrowding and lax rules in Bangladesh, which is crisscrossed by about 130 rivers. Ferries are a leading means of transportation, especially in the southern and northeastern regions.

In April, 25 people died after a ferry collided with another vessel and capsized outside Dhaka.