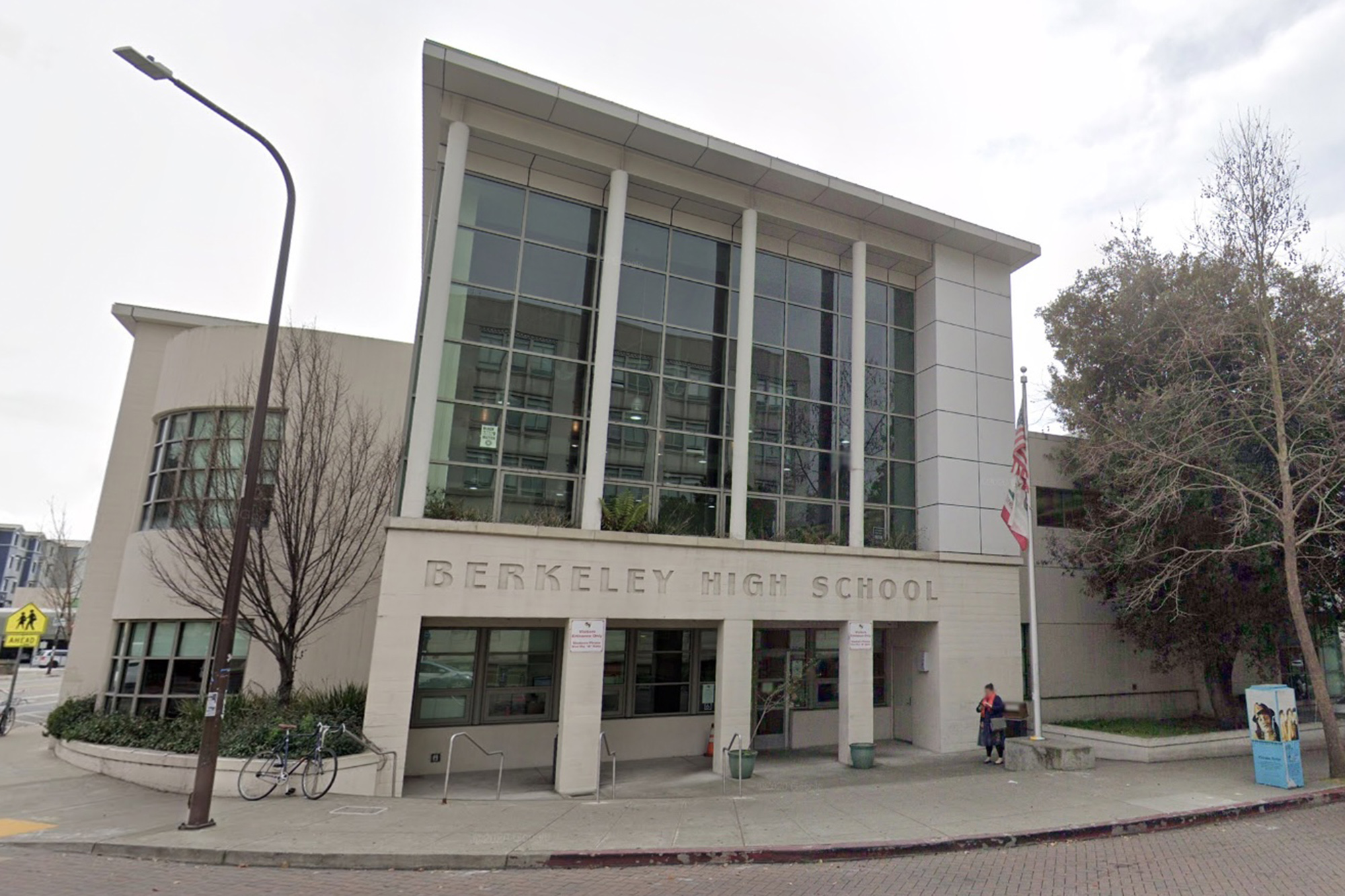 A California teen has been busted for trying to enlist other students to carry out a mass shooting or bombing at a high school, cops said.

The 16-year-old suspect, who was not publicly identified, surrendered to cops Monday following a tip on May 21 that he attempted to recruit other high schoolers in an attack at Berkeley High School, police said in statement Wednesday.

A subsequent search of the teen’s residence revealed parts to explosive devices, as well as assault rifles, several knives and “electronic items” that could be used to create other weapons, police said.

The 16-year-old was arrested on suspicion of possessing destructive device material and threatening to commit a crime which will result in death or great bodily injury.

“We recognize the impact this news may have on our community,” department officials said. “School safety remains a high priority for the department.”

The Alameda County District Attorney’s Office declined to comment on the case because the suspect is a juvenile, CNN reported.

Berkeley Public Schools issued a statement Wednesday on the purported plot, saying the suspect “did not pose an immediate threat” to the high school.

“We are committed to conducting our own separate investigation, within the parameters of our authority as a school district, and as the evidence warrants, pursuing all possible steps, including discipline, that will support student and community safety,” Superintendent Brent Stephens said.

Stephens also thanked the tipsters who reported the threat while saying counselors would be provided on Thursday to anyone in need throughout the district.

“Speaking up in this instance allowed for the police to intervene in advance of any harm occurring,” the superintendent said.

It’s unclear how many students the suspect tried to recruit. Berkeley police said Wednesday that the investigation into the alleged recruitment was ongoing.

“As the country continues to reel from a horrific school shooting, it was disturbing to hear a similar plot was being planned at Berkeley High School, which was ultimately foiled,” Arreguín said. “I am thankful for the Berkeley Police Department for their thorough investigation and the students who spoke out to raise the alarm.”

The teen’s arrest occurred a week after a gunman killed 19 children and two teachers on May 24 at Robb Elementary School in Uvalde, Texas.