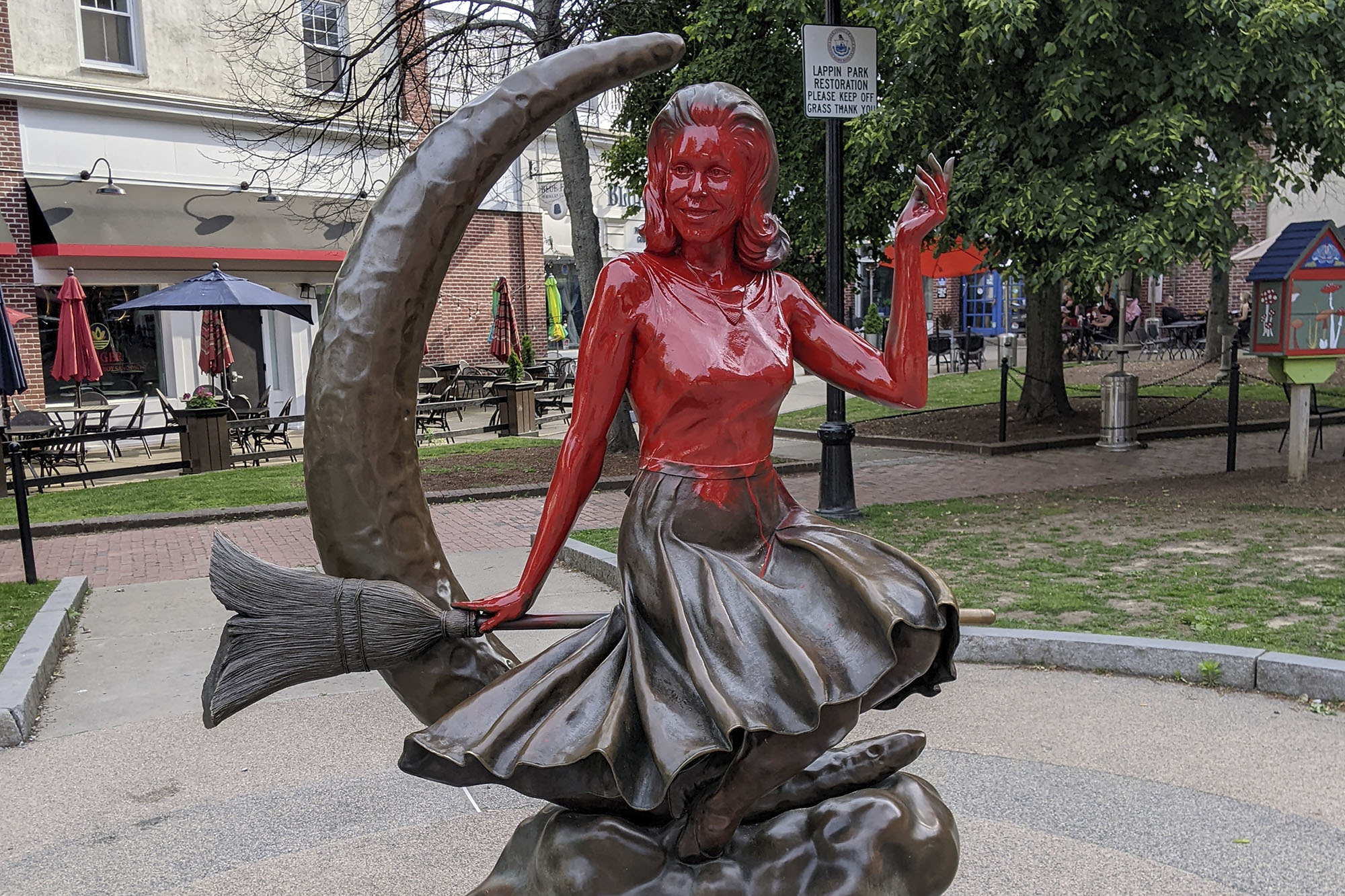 In the wiggle of a nose, a man partially covered the “Bewitched” statue in Salem with red paint, police said.

Witnesses called police at about 5 p.m. Monday to report someone spray painting the bronze statue, Capt. John Burke said Tuesday. The statue depicts actor Elizabeth Montgomery — as lead character Samantha Stephens in the 1960s sitcom — sitting on a broomstick in front of a crescent moon.

An officer in the area spotted a man fitting witness descriptions of the vandal and after a brief chase arrested a 32-year-old city resident on charges of defacing property, resisting arrest and disorderly conduct, Burke said.

“In between meetings, was disappointed to hear the Bewitched Samantha statute downtown was vandalized,” Salem Mayor Kim Driscoll tweeted Monday night. “I’m grateful to (Salem police) for their quick work apprehending the individual responsible. We’ll work to get the statue cleaned, as fast as a twitch of Samantha’s nose.”

Red paint on the upper half of the statue has already been cleaned off, Burke said.

The statue was erected in the city famous for the 1692 witch trials in 2005, despite protests from some who said it trivializes the tragedy of the trials.