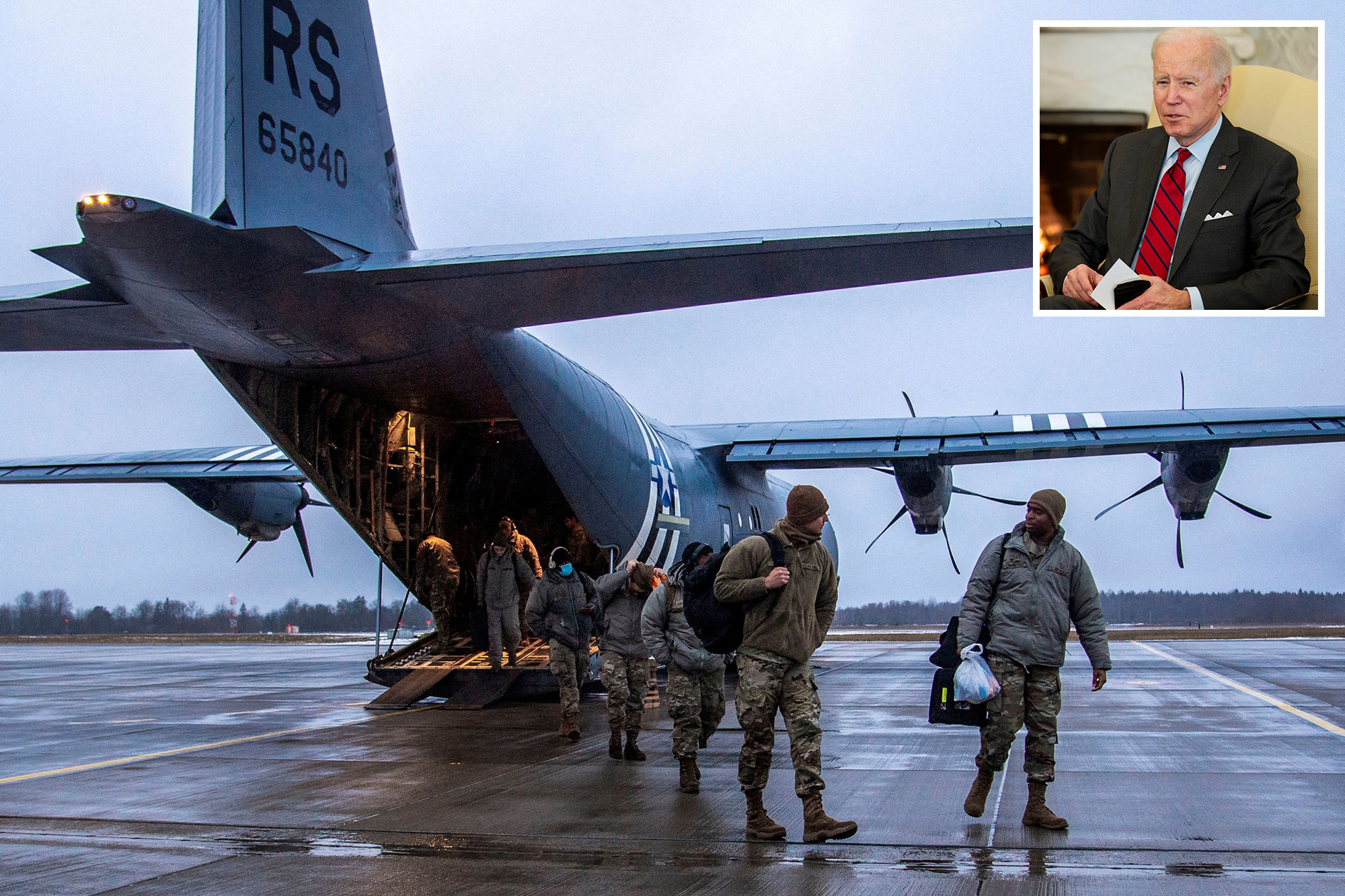 President Biden has agreed to send thousands more troops to Eastern Europe to bolster NATO allies in the region amid the backdrop of a potential Russian invasion of Ukraine, according to a new report Wednesday.

US officials told CNN that approximately 2,000 additional troops will be sent to Poland while additional forces will be dispatched to southeastern European nations that are part of NATO, like Romania.

The Pentagon was expected to announce the additional deployments at a 10 a.m. briefing.

Last week, the US announced it had put 8,500 forces on “heightened alert” in the event they were needed as part of a 40,000-strong NATO Response Force.

Russia has massed an estimated 100,000 forces and heavy military equipment on its border with Ukraine in recent months, triggering the biggest geopolitical crisis in Europe since Moscow annexed Crimea in 2014.