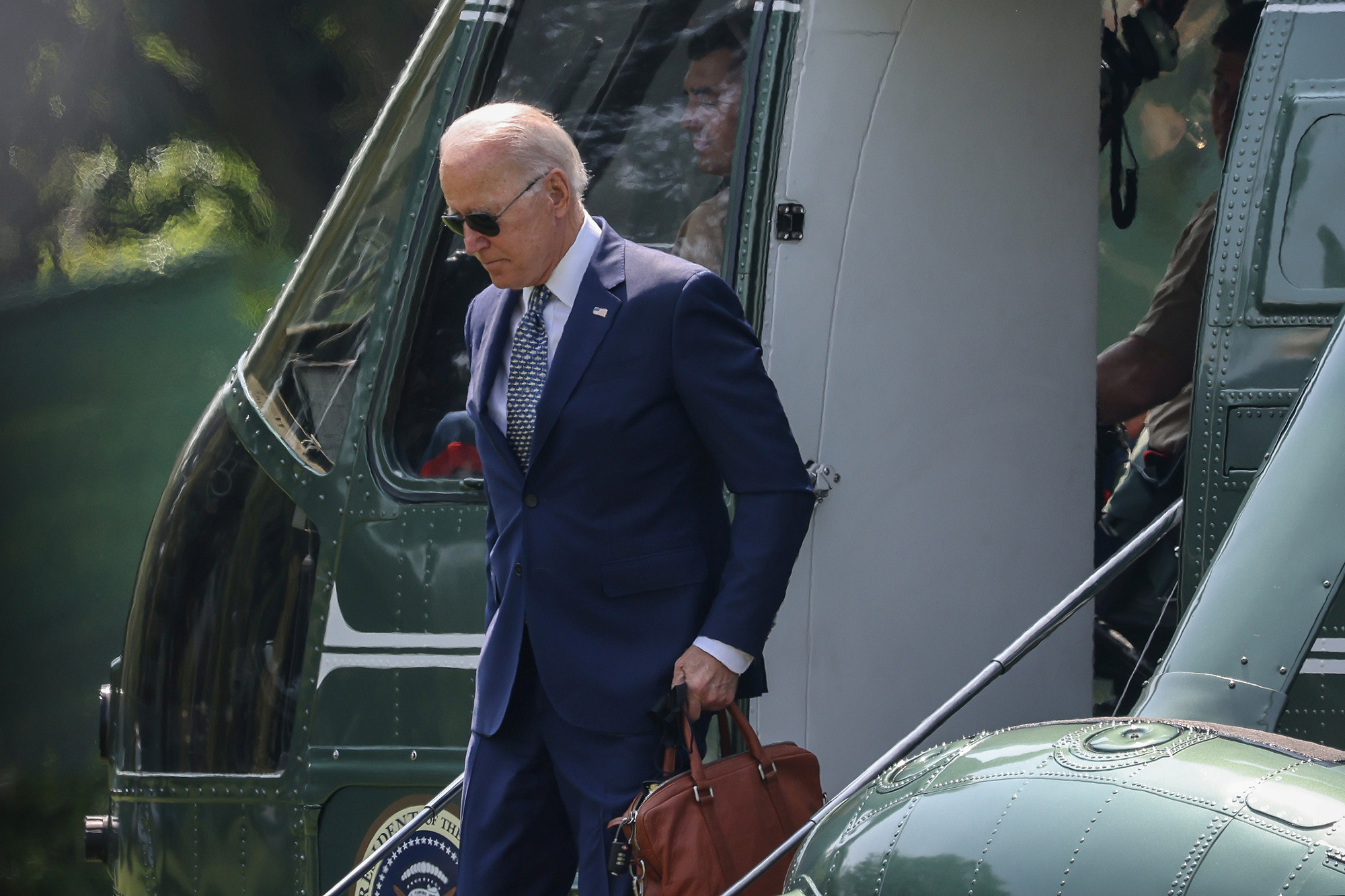 President Biden pulled the plug on a weekend jaunt to his Wilmington, Del. home Saturday — amid steadily increasing peril faced by Americans and US allies trapped by the Taliban in Afghanistan.

“Travel pool, Covid tested, packed for an overnight trip and expecting an Osprey flights to Delaware, was informed just as the bus pulled to a stop at Joint Base Andrews moments ago,” Dallas Morning News reporter Todd Gillman said of the sudden about-face.

The trip, which would have marked Biden’s 19th return to his home state since his inauguration in January, was set to last until Monday, with no public events on the presidential schedule.

Earlier Saturday, the U.S. Embassy in Kabul issued a security alert urging American citizens to stay away from its airport — their only way out of the country — due to “potential security threats outside the gates.”

The president received a Saturday morning update on the Afghanistan crisis in a closed-door Situation Room meeting with national security aides, the White House said.

Vice President Kamala Harris — who is en route to East Asia for visits to Singapore and Vietnam — attended the briefing remotely from Air Force Two.

Harris will spend Monday and Tuesday in Singapore, meeting with government officials and giving a speech to business leaders on American partnerships with East Asia, before traveling to Saigon, Vietnam, for a two-day visit.

While there, she plans to push the Biden administration’s messaging on combating the coronavirus pandemic — but will find it hard to avoid the inevitable comparisons between the botched U.S. withdrawal from Afghanistan and the 1975 fall of Saigon.

The humiliating loss of Vietnam to Chinese-backed North Vietnamese forces led to indelible images of panicked Saigon citizens clinging to the final American helicopter as it took off from the U.S. embassy roof.

Biden has faced intense backlash for his White House absences in recent days.

He remained at Camp David in Maryland last weekend as Kabul fell to the Taliban on Sunday, then curtailed his vacation for a sudden Monday return to Washington to address the nation — before making an immediate getaway back to the presidential retreat in the Catoctin Mountains.

“Joe Biden apparently cares more about his long vacation than he does about the thousands of Americans stuck behind Taliban lines,” Sen. Tom Cotton (R-Ark.) tweeted.

But some Republicans sarcastically applauded the president’s desire to flee the nation’s capital.