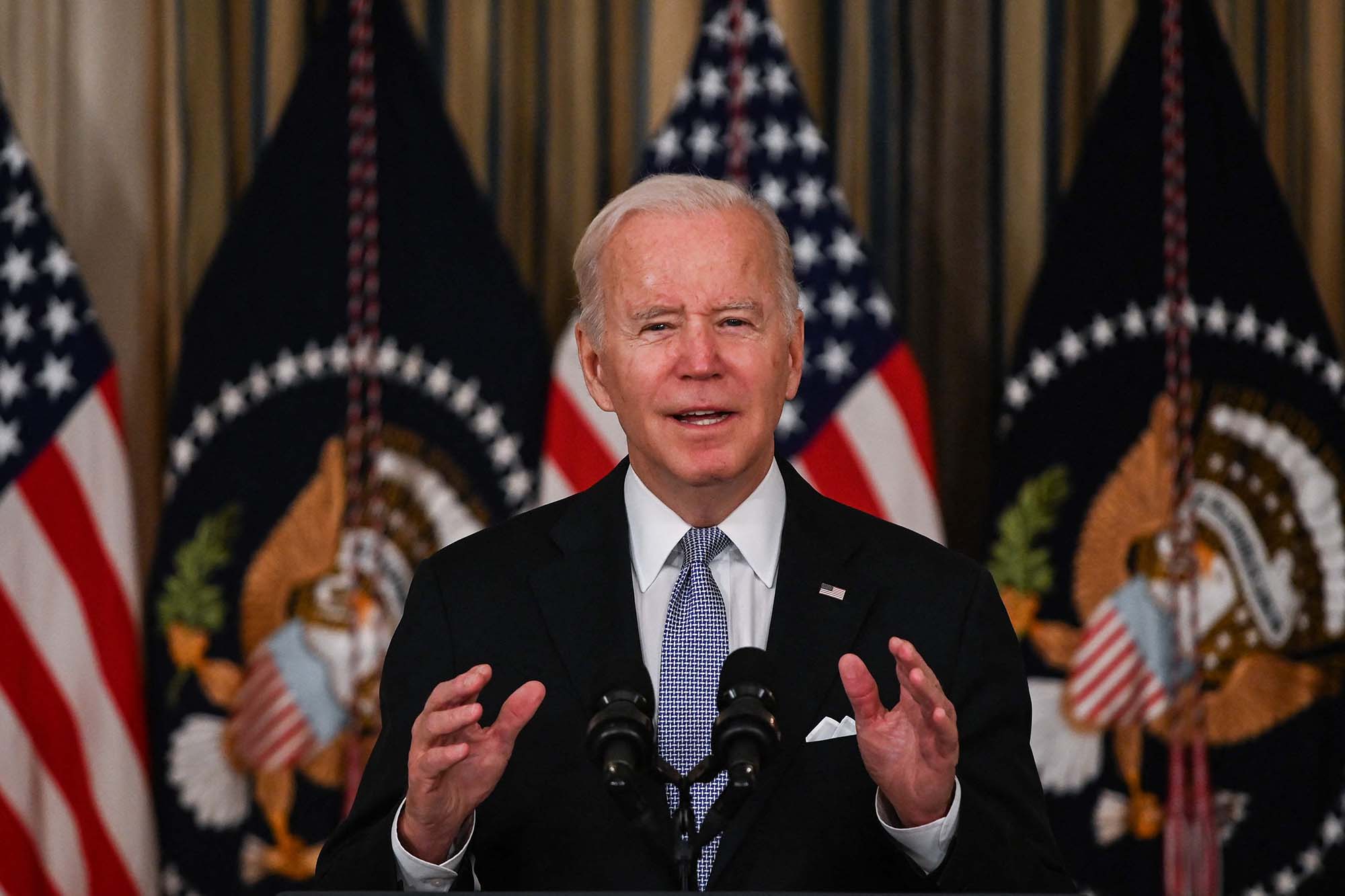 President Biden exulted Saturday morning, hours after his long-sought bipartisan infrastructure bill was passed by the House after months of delay — with the last-minute help of a few Republicans.

“Finally it’s Infrastructure week,” he said with a broad grin, as a masked Vice President Kamala Harris stood behind him. “I’m so happy to say that.”

The measure, which passed just before midnight Friday, was approved 228-206 after 13 GOP members — including New York City’s sole Republican, Rep. Nicole Malliotakis (R-SI/Bkln) — joined 215 Democrats to save Biden from a humiliating defeat for a pillar of his economic agenda.

“This is a once-in-a-generation investment that will create millions of jobs and puts us on a path to win the 21st century,” Biden said. “This is a blue-collar blueprint to rebuild America.”

After a day and night of liberal infighting, the six far-left Dem holdouts who voted nay on the measure, led by NYC Reps. Alexandria Ocasio-Cortez and Jamaal Bowman, would have been enough to sink the bill — even though it includes at least $13.5 billion specifically earmarked for New York’s highways, rails, and airports.

The bill, which passed the Senate 88 days ago with bipartisan support, now heads to Biden’s desk for his signature.

Meanwhile, Biden’s social spending bill still faces a heavy lift in the Senate, where Democrats intend to pass it on their own under complex reconciliation rules.

In a separate vote early Saturday morning, House Democrats agreed on rules that will allow that bill, the $1.75 trillion plan known as the Build Back Better Act, to get a final vote in mid-November — after the Congressional Budget Office evaluates its impact on the federal deficit.

The Build Back Better vote fell along strict party lines, 221-213, after moderate Democrats forced progressives to give up on their demand for an outright up-or-down vote on the plan.