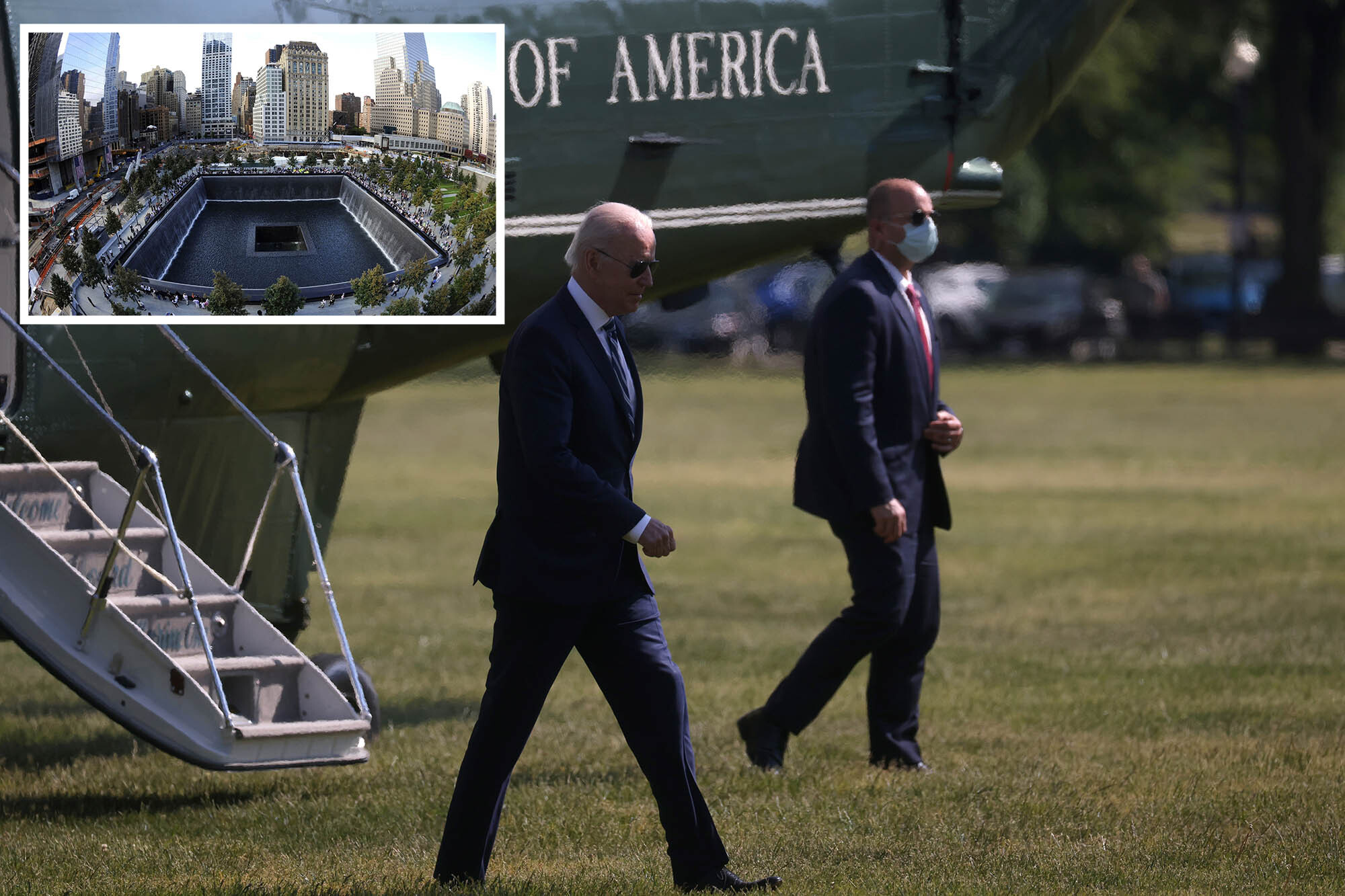 President Biden will travel to all three sites of the 9/11 terror attacks on their 20th anniversary next Saturday — despite last month’s call from grieving families asking him not to come.

“The President and the First Lady will honor and memorialize the lives lost 20 years ago with travel to all three sites of the 9/11 attacks: New York City, New York, Shanksville, Pennsylvania and the Pentagon in Arlington, Virginia,” the White House said in a Saturday press release.

But last month, a group calling itself “Members of the 9/11 Community” called on Biden to stay away from this year’s solemn commemorations — because he has not released documents the group claims would show links between the Saudi government and the al Qaeda terrorists who carried out the attacks.

“We cannot in good faith, and with veneration to those lost, sick, and injured, welcome the president to our hallowed grounds until he fulfills his commitment,” the group wrote.

Biden on Friday ordered a declassification review of documents relating to the FBI’s 9/11 investigation — a move that won praise from some 9/11 families’ groups.