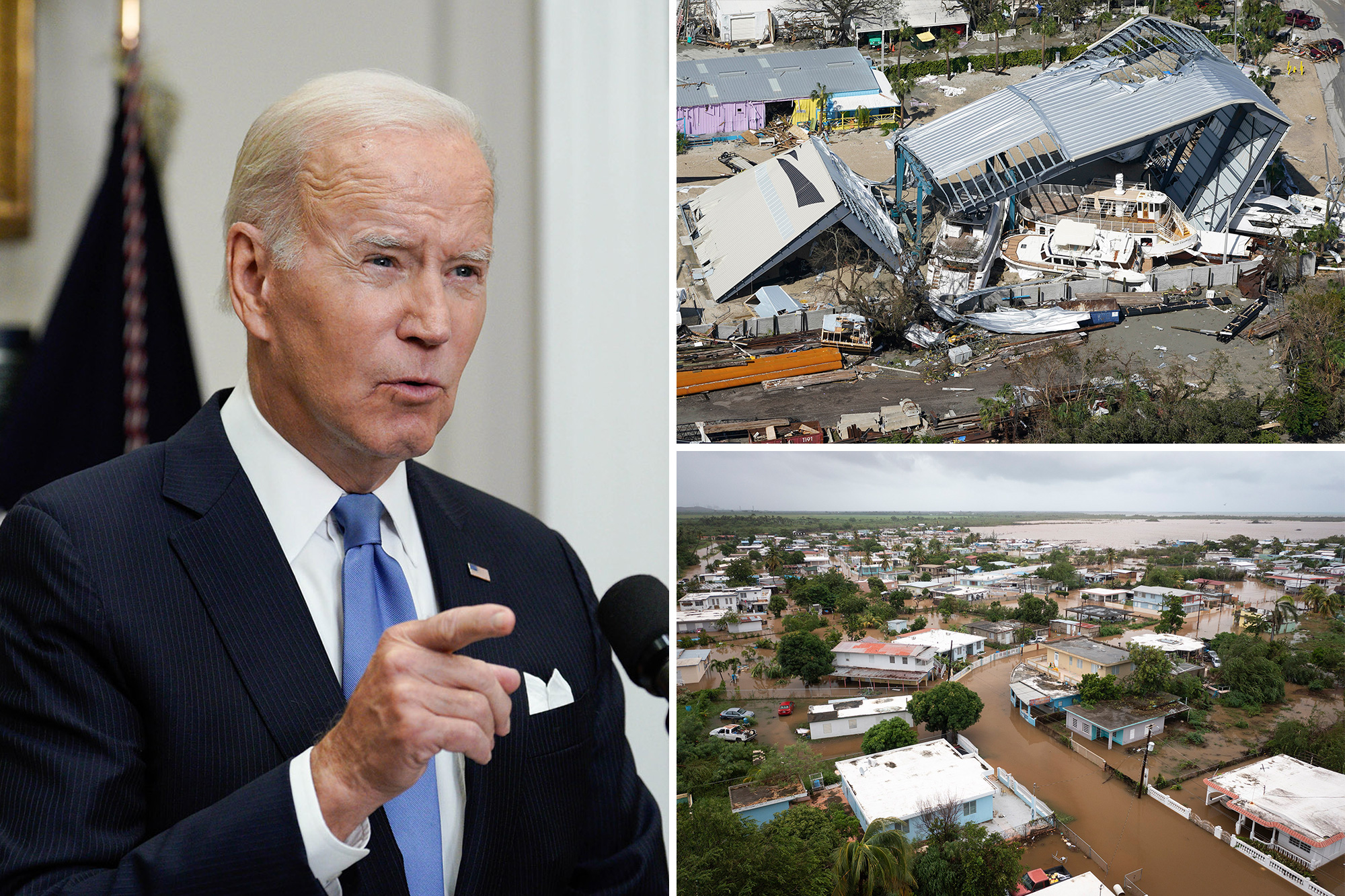 President Biden and first lady Jill Biden will travel to Puerto Rico and Florida this week to survey damage from the two recent hurricanes, the White House announced late Saturday. ​​

The Bidens are planning to head to Puerto Rico on Monday, two weeks after Hurricane Fiona slammed into the island as a category 1 storm and where many of the residents still face widespread power outages and water shortages. ​

Then, the president and first lady will head to Florida on Wednesday. ​​Rescue efforts are underway ​in the Sunshine State in the aftermath of Hurricane Ian that hit the Gulf Coast last week as a category 4 storm, packing sustained winds of up to 150 mph.

Ian caused catastrophic damage across a large swath of Florida and killed scores before exiting into the Atlantic and then heading up the coast before making landfall again in South Carolina as a downgraded post-tropical storm.

The White House said additional details about the visit would be released later.

But the president, speaking at a Congressional Black Caucus awards dinner on Saturday, addressed the damage caused by Fiona and Ian.

“Our hearts … are heavy, the devastating hurricanes, storms in Puerto Rico, Florida, and South Carolina. And we owe Puerto Rico a hell of a lot more than they’ve already gotten,” he said.