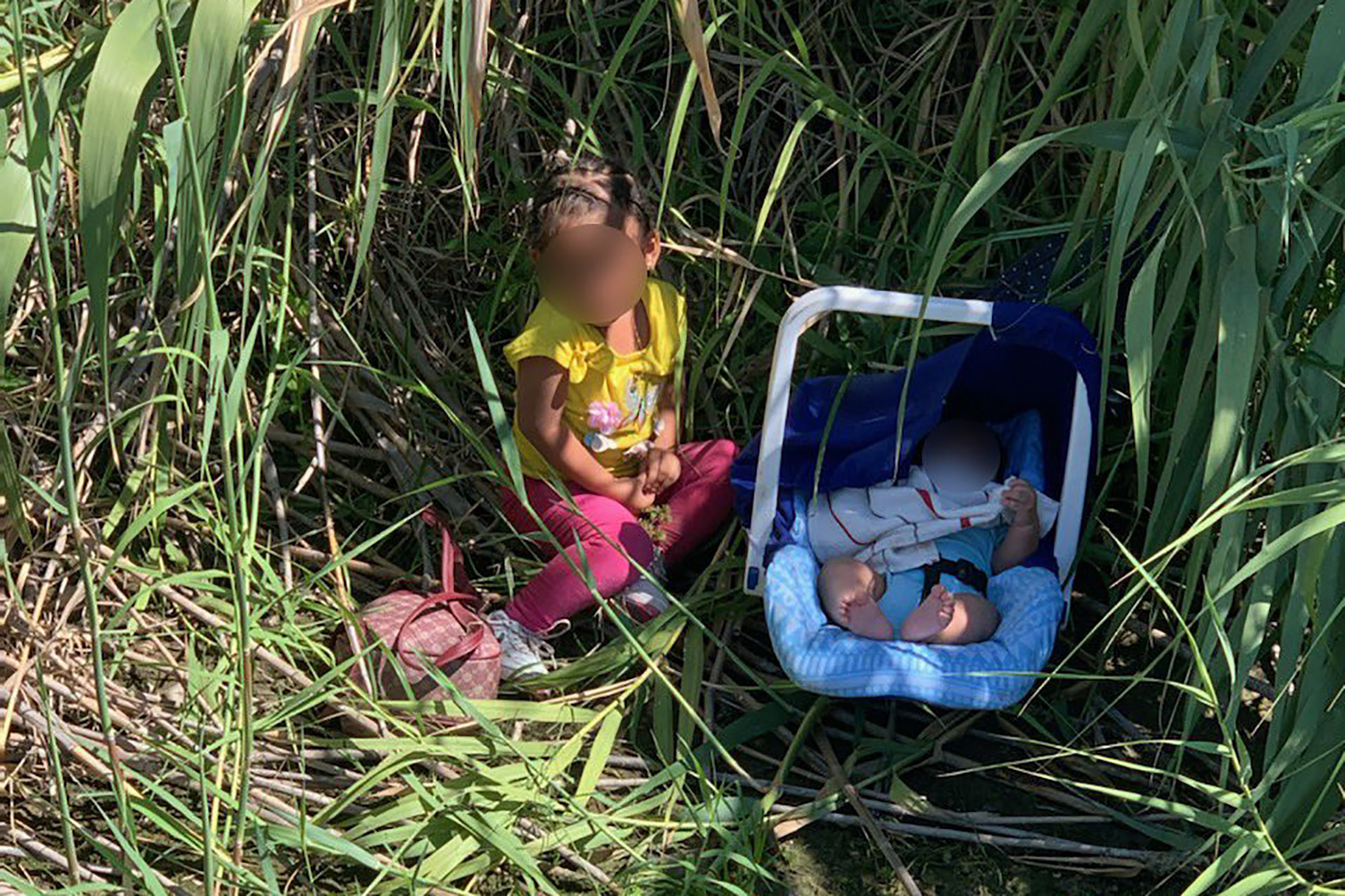 A toddler and her baby brother were saved from near-certain death Tuesday by Border Patrol agents who found them abandoned on the banks of the Rio Grande.

US Customs and Border Protection (CBP) said agents were patrolling the river by boat when they spotted “an unusual color on the riverbank.” When they looked closer, the agents found a 2-year-old girl and a 3-month-old boy, the latter of whom was in a baby carrier. A note left with the children identified them as siblings who were originally from Honduras.

The little ones did not require medical attention and were taken to a Border Patrol station at Uvalde, Texas, the statement said. It was not immediately clear how long they had been abandoned.

“The attention to detail our agents demonstrate while preforming their duties can be the difference between life and death,” interim Del Rio Sector Chief Patrol Agent Robert Garcia said in a statement on Twitter. “It is heartbreaking and frustrating to know that there are children being abandoned without remorse or concern for their lives and wellbeing.”

The rescue took place amid an ongoing migration crisis at the US-Mexico border that shows little sign of slowing down.

Late Wednesday, CBP confirmed that border officials had encountered 208,887 migrants at the southwestern frontier in August. That total, which was first reported by Fox News, is slightly down from the 213,534 migrants encountered in July; however, it marks the first time that more than 200,000 migrant encounters have been recorded in consecutive months since February and March of 2000 (211,328 and 220,063 respectively).

The number of encounters also represent a 317 percent increase over August 2020, when there were 50,014 apprehensions and a 233 percent jump from August 2019, which recorded 62,707 apprehensions.

August was the first month since President Joe Biden took office in which the number of encounters decreased from the previous month. Through the first eight months of this year, officials have stopped 1,323,597 migrants attempting to cross the border.

Members of both parties have blamed the Biden administration for encouraging a surge in illegal immigration to the US by reversing some of the hardline policies implemented by former President Donald Trump.

However, the White House has temporarily reinstated one Trump-era policy, the so-called Migrant Protection Protocols — which require asylum claimants to wait in Mexico until their case is heard by an immigration judge — after a federal judge ruled that the order suspending the program violated federal law.

“A couple of days ago I was down in Mexico, and I said, ‘Look, you know, if, if our borders are the first line of defense, we’re going to lose and this is unsustainable,’” Mayorkas said during the meeting.