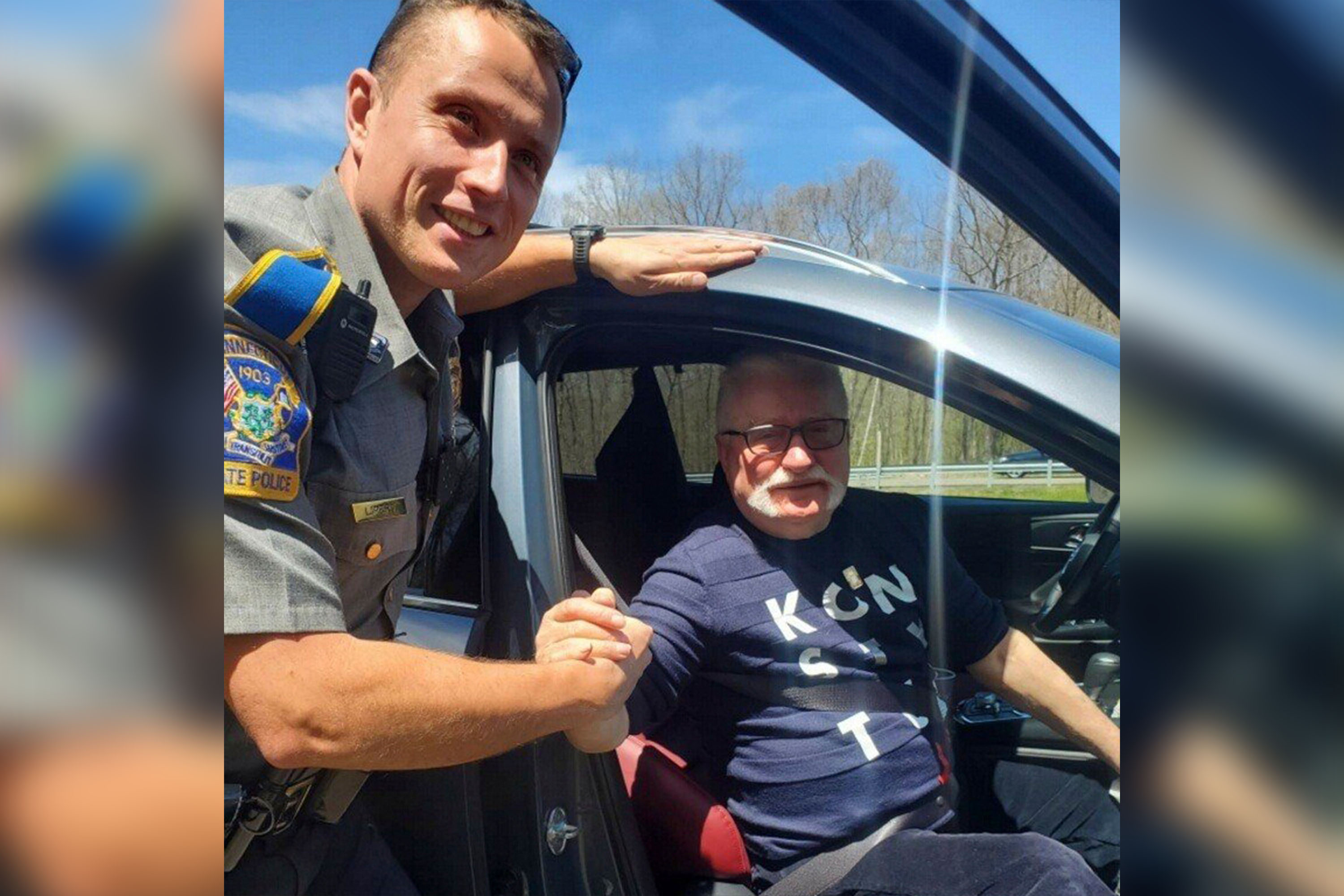 TOLLAND, Conn. — A Connecticut state trooper who is a native of Poland got quite the surprise while responding to an SUV with a flat tire Wednesday — a passenger in the vehicle happened to be former Polish President Lech Walesa.

State police said Trooper Lukasz Lipert arrived to the call in Tolland and was greeted by Walesa, who had spoken in Hartford on Tuesday as part of his U.S. tour advocating for aid for refugees who have fled Ukraine during the war with Russia.

Lipert, 35, who came to the U.S. when he was 18, told The Hartford Courant that he spoke with Walesa in Polish about their homeland and the anti-communist movement Walesa helped lead.

Walesa, 78, led the nationwide Solidarity movement in Poland in the 1980s that eventually toppled Poland’s communist leaders through an election in 1989. He received a Nobel Prize in 1983 and served as Poland’s first popularly elected president from 1990 to 1995. He is a strong critic of Poland’s current right-wing government.

A vehicle service worker changed the tire and Walesa continued on his way down I-84. One of his next stops is an event in Boston on Monday.