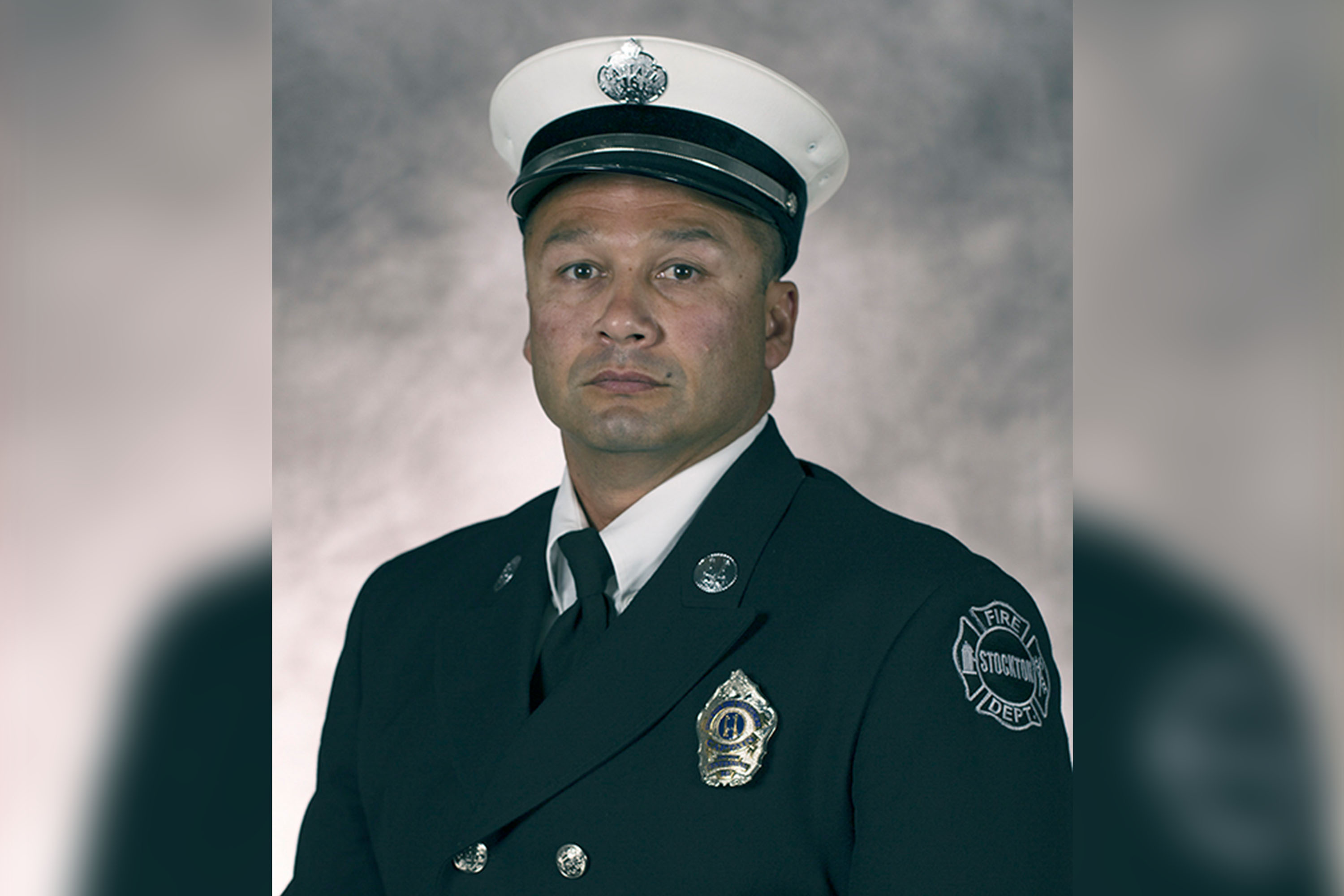 Max Fortuna, a captain with the Stockton Fire Department, was shot while extinguishing a dumpster fire outside a building at about 4:45 a.m., Chief Richard Edwards said in a statement.

Other firefighters on scene provided aid to Fortuna and took him to the hospital, where he was pronounced dead, according to the fire chief.

Fortuna, a married father of two grown children, was a member of the department for 21 years.

The suspected shooter, Robert Somerville, 67, was arrested soon after police arrived at the scene at about 5 a.m., CBS 13 reported.

Somerville was jailed and is facing homicide and weapons charges.