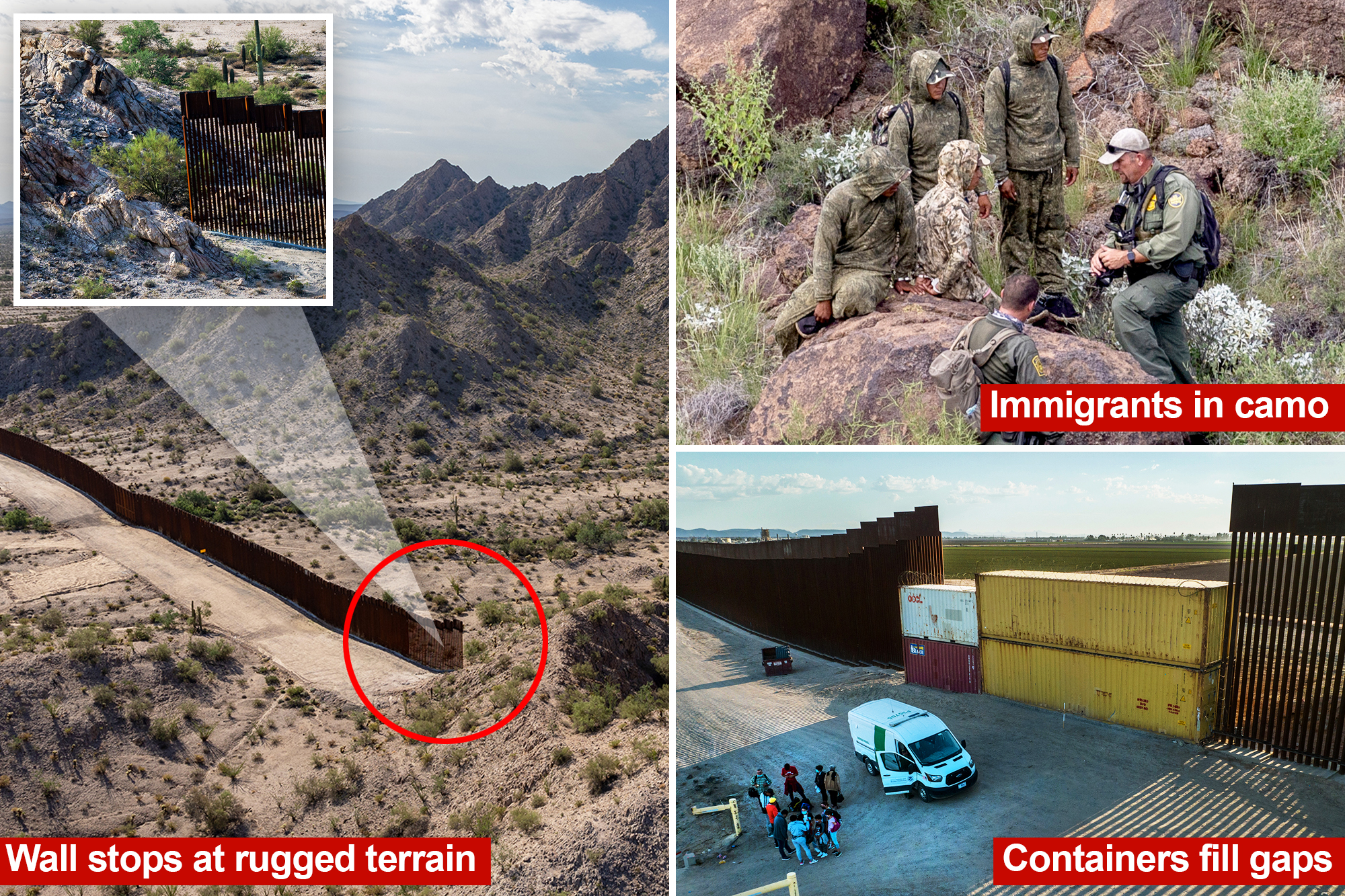 Cuban immigrant Felix Bermudez, 56, stands next to the U.S.-Mexico border fence after traveling with his family on September 27, 2022 in Yuma, Arizona. They had left their central Cuban province of Camaguey almost three weeks before, flying to Nicaragua before traveling by land through Central America and Mexico to reach the United States to seek political asylum.