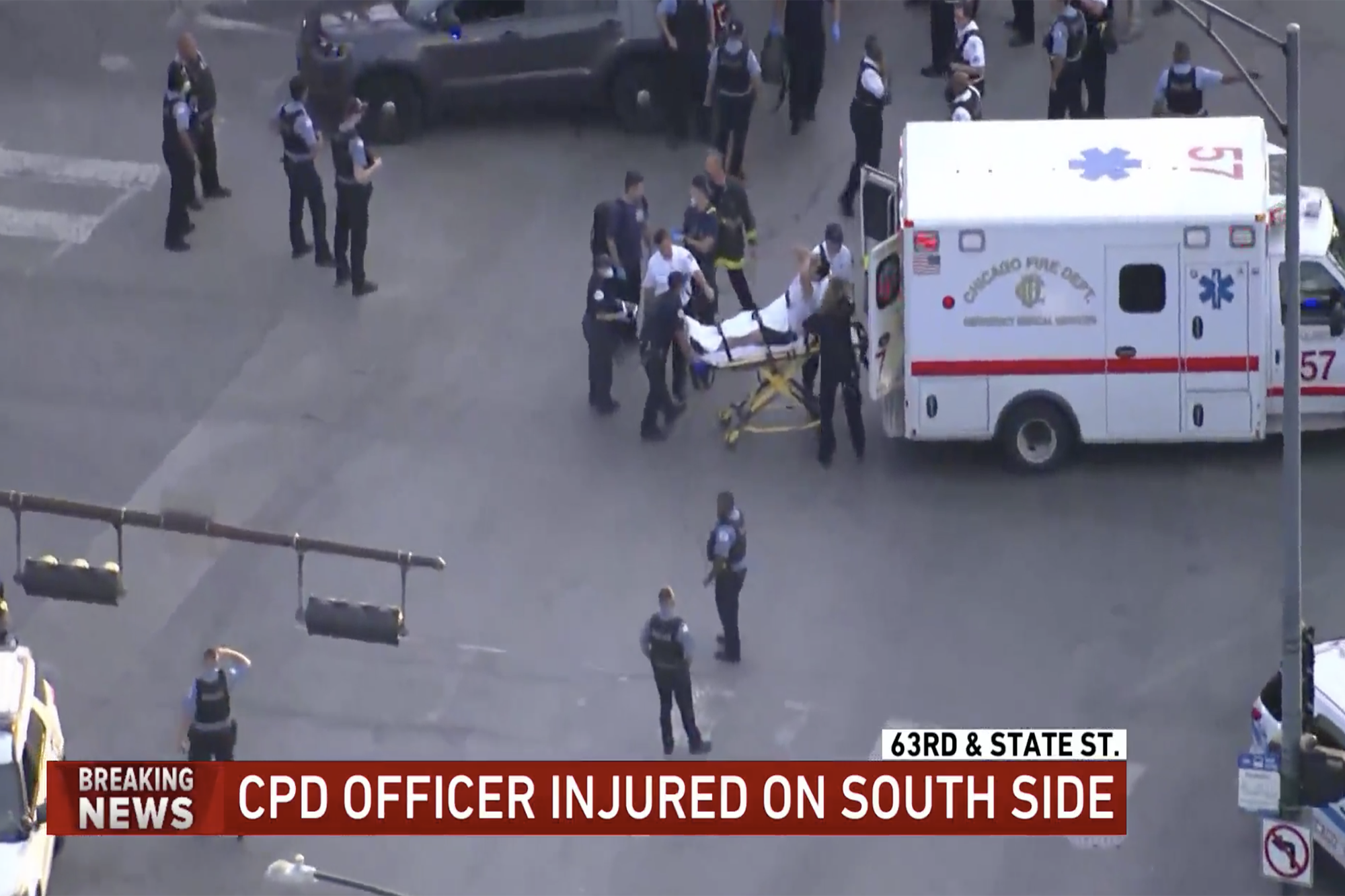 A Chicago police officer was hospitalized Friday night after being dragged by a suspect’s car during a traffic stop, officials said.

Officers had stopped a Chevy Impala at around 7 p.m. on the city’s South Side when the driver put the vehicle in reverse, dragging the cop 30 to 40 feet and pinning him between the car and a viaduct, The Chicago Tribune reported.

The officer fired his weapon at the vehicle, but did not hit anyone, Chicago Police Department spokesman Michelle Tannehill told the newspaper.

The cop was recovering in good condition at the University of Chicago Medical Center, Tannehill said.

This incident comes less than a week after 29-year-old CPD Officer Ellen French was gunned down in the line of duty during a traffic stop.