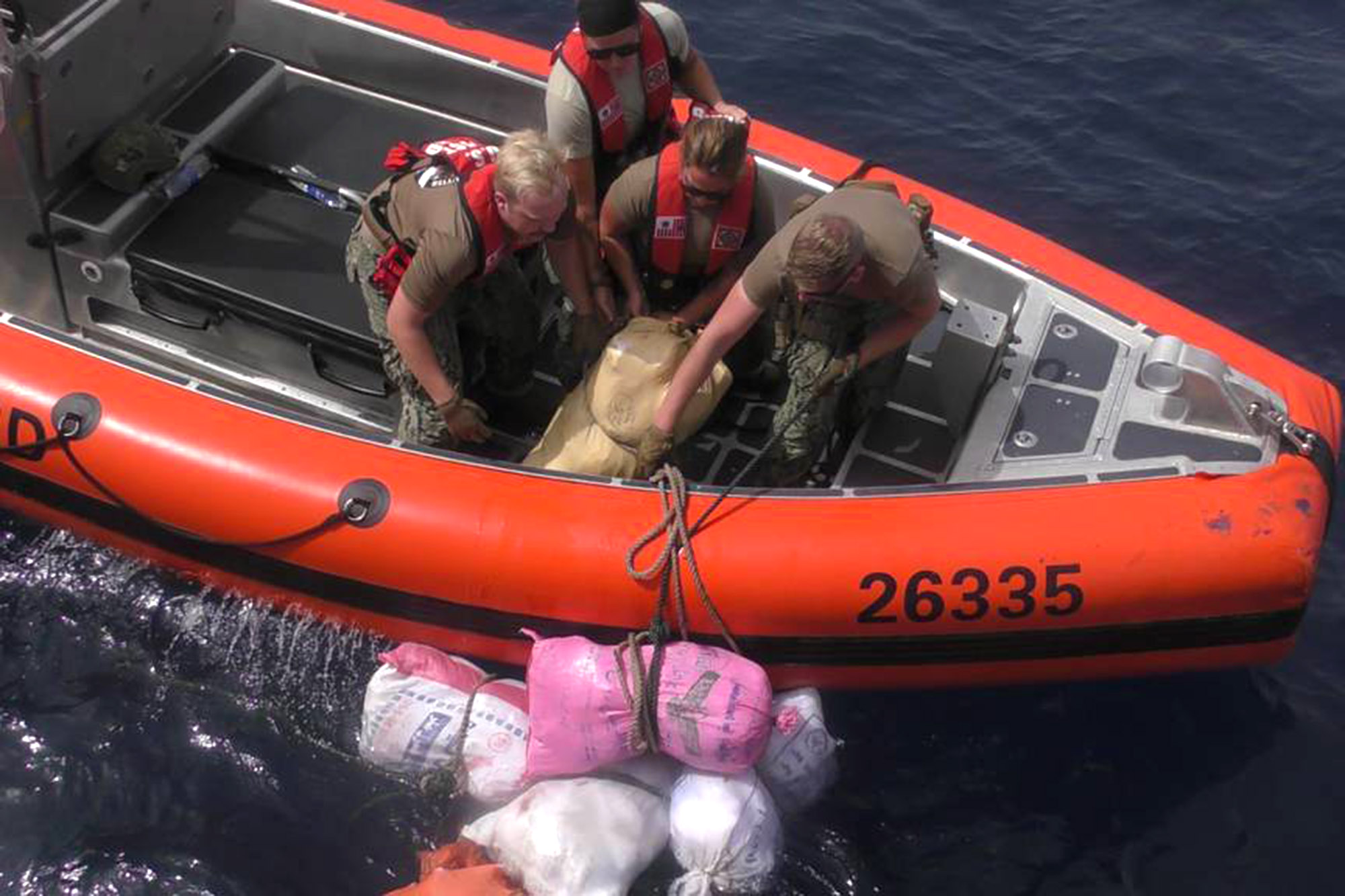 US Coast Guard fast response cutter Glen Harris has seized $11 million worth of heroin during a patrol in the Gulf of Oman.

The Glen Harris confiscated 310 kilograms of heroin from the fishing vessel on May 31 while operating under Combined Task Force 150, one of the four task forces the US oversees as part of Combined Maritime Forces. Thirty-four other nations also participate in Combined Maritime Forces, which aims to counter maritime threats in the 5th Fleet.

Last month, the guided-missile destroyer Momsen and a US Coast Guard interdiction team seized $39 million worth of methamphetamine in the same waters off Oman. The Navy and Coast Guard were also operating under Combined Task Force 150.

Weapon and illegal drug seizures skyrocketed in US 5th Fleet last year, when US Navy and partner forces seized more than $193 million worth of illegal drugs — a higher total value than the amount confiscated in the preceding four years combined, the Navy said.

The Navy has attributed the steep increase to added presence in the region.

“We have enhanced our presence and vigilance across regional waters,” Vice Adm. Brad Cooper, commander of NAVCENT, US 5th Fleet and Combined Maritime Forces, said in a January news release. “This reflects our continued commitment to confront destabilizing activities that disrupt the rules-based international order which underlies maritime security in the Middle East.”

Combined Task Force 150 has seized more than $130 million worth of heroin, methamphetamine, amphetamine pills and hashish this year.