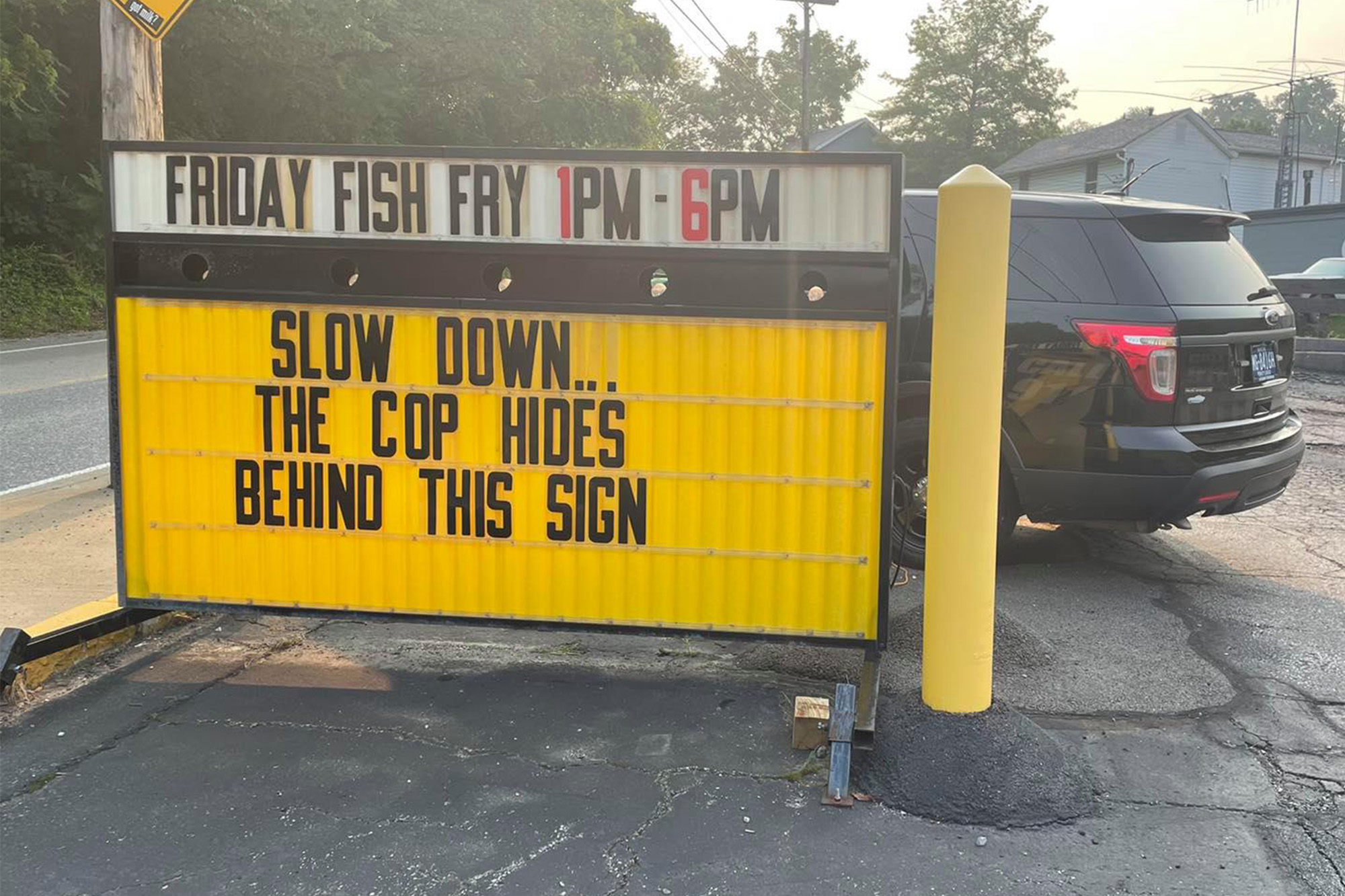 The owner of a Pennsylvania deli has a new way to get passing motorists to lay off the gas — rat out the local cops.

In fact, the sign so amused the Bridgeville Police Department that they posted a pic of it on their Facebook page — with a police SUV parked behind the sign and seemingly poised to chase down speed demons.

Deli owner Pam Wheat said that, while the sign may appear to be undermining the cops, it’s actually meant to make their job easier by trying to cut down on dangerous driving.

“It was put up as a joke, and they came and parked a cruiser behind the sign and took their own picture,” Wheat told Fox News.

“We see accidents almost daily on our corner because it’s a bad intersection,” Wheat said. “But they do not use my property to hide so you can let that secret out of the bag.”

Besides, PJ’s deli gets along just fine with the local cops.

“I thought this was great because it shows we can laugh at ourselves,” Bridgeville Police Chief Chad King told the outlet.