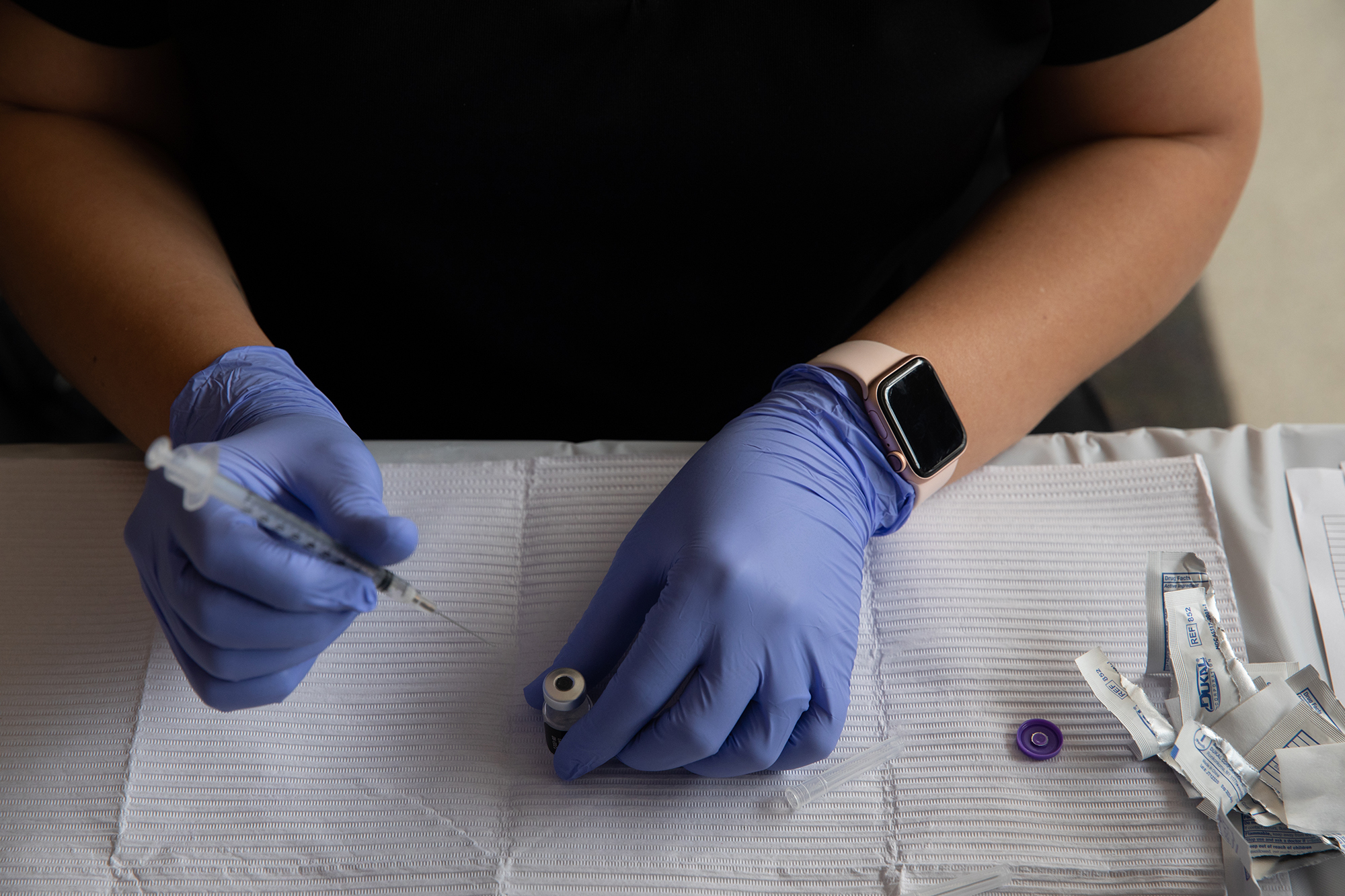 Most additional doses of mRNA COVID-19 vaccine administered roughly six months after the primary series resulted in mild to moderate side effects, according to an analysis from the Centers for Disease Control and Prevention released Tuesday.

The study was conducted when third-dose eligibility was limited to patients with moderate to severe immunocompromising conditions.

The findings stemmed from data collected between Aug. 12 to Sept. 19 through v-safe, the CDC’s voluntary phone-based surveillance system, and included 22,191 registrants who reported receiving a third dose of the vaccine.

Across the board, v-safe data indicated a slight increase in local reactions after the third dose versus dose two, and a slight decrease in systemic reactions after dose three versus dose two. Most reports of pain after the additional dose were characterized as mild-to-moderate reactions (51.4 percent and 41.9 percent) compared to 637 registrants (6.7 percent) who reported severe pain, “defined as pain that makes daily activities difficult or impossible.”

Of the total 22,191 third dose recipients, about 28 percent said they couldn’t “perform normal daily activities” most frequently the day after vaccination, while 1.8 percent sought medical care and 0.1 percent were hospitalized. The survey didn’t capture reasons for medical attention or hospitalization, however, the report notes that CDC staff followed up with these registrants.

Dr. Rochelle Walensky, director of the CDC, spoke to the findings during a White House briefing Tuesday, adding that the CDC and FDA reviewed the report in informing the newly released recommendations for booster shots, which awarded expanded eligibility for the Pfizer vaccine booster across several high-risk groups about six months after the primary series. Health authorities are working to review similar data for recipients of other vaccines developed by Moderna and J&J.

“COVID-19 vaccine booster doses so far are well tolerated,” Walensky said of the report, in part, adding, “The frequency and type of side effects were similar to those seen after the second vaccine doses and were mostly mild or moderate and short-lived.”

“We will continue to evaluate data as it becomes available in real-time and with urgency and update our recommendations to make sure that all of those at risk have the protection they need,” Walensky said.

While third dose eligibility was limited to a small fraction of Americans with immunocompromising conditions during the study period, researchers suspected registrants included those with and without such conditions, and the v-safe surveillance system doesn’t include data about immune status.