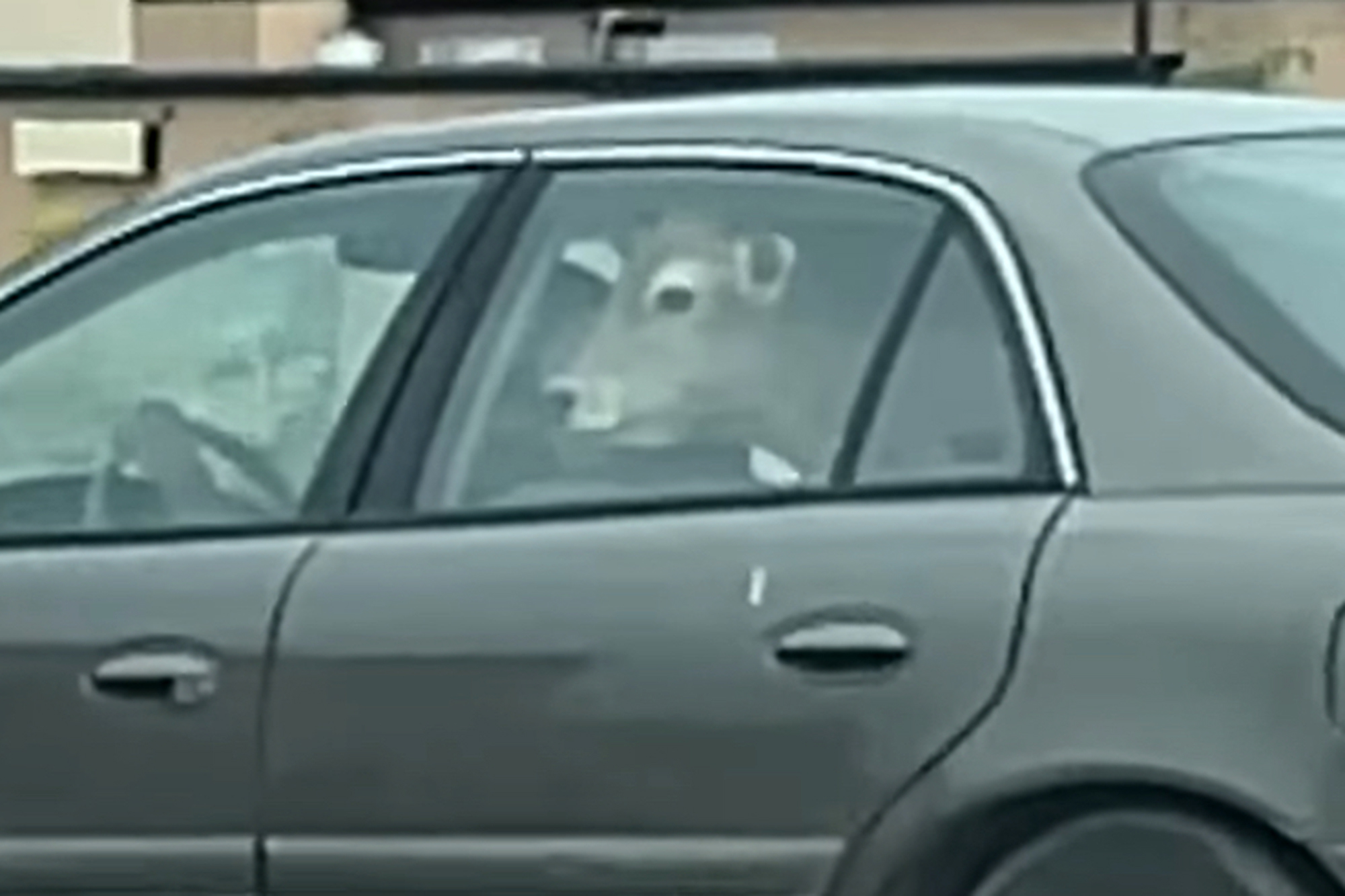 A Wisconsin woman got a taste of mystery meat at a McDonald’s — in the form of a live cow stuffed into the back seat of a Buick.

Jessica Nelson feasted her eyes on the bulging bovine in another car in the drive-thru lane — and instantly hit record.

“I thought it was fake at first,” Nelson told the Associated Press. “Who puts a cow in a Buick? Then its whole head moved.

“I just took the video of it because I was blown away there was a cow in the back of a Buick!”

The footage, posted Sunday by Fox News, shows the gray Buick waiting in line Friday to get to the fast-food chain’s drive-thru window when the curious calf is caught rearing its head out of the back seat.

“There’s a whole ass cow in the back of that car!!!” Nelson wrote on the post.

She said the cow’s owners saw her video on social media and reached out to her to explain the livestock sighting.

They told her they had just purchased the animal and two others who were also crammed into the back seat at a nearby auction — when they decided to grab a burger.