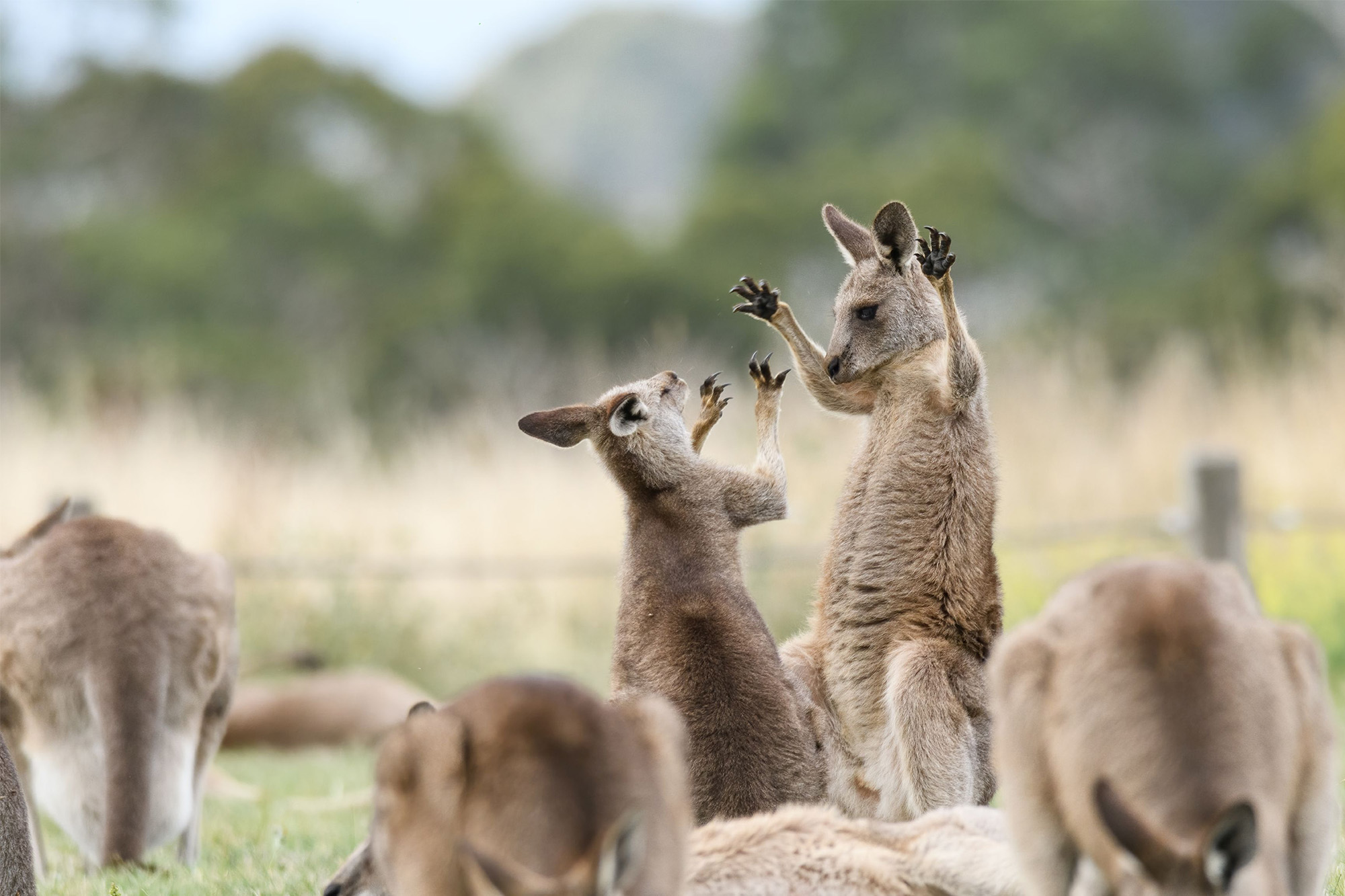 COPENHAGEN, Denmark — Police in southeastern Denmark on Monday appealed for public help to track down what appeared to be a kangaroo that was filmed hopping across a field.

Police said on Facebook that a driver saw the marsupial “hopping around” near Øster Ulslev, a village 16 kilometers (10 miles) from the port city of Rødbyhavn where ferries connect to northern Germany. They said the driver, whom they didn’t identify, had the presence of mind to film the animal, although they acknowledged the three-second video they posted was “short and grainy.”

Nobody has reported a kangaroo missing.

The South Zealand and Lolland-Falster Police requested any sightings or information on the animal’s whereabouts to be reported using non-emergency number 114. The animal is not considered to be dangerous.

Despite the fact that kangaroos are not common in northern Europe, it is the second time the same police district has reached out for help in finding one: in 2014, a kangaroo escaped from a private animal farm in the same area.

And in July 2018, a kangaroo was on the run elsewhere in Denmark for half a day before its owner found it.