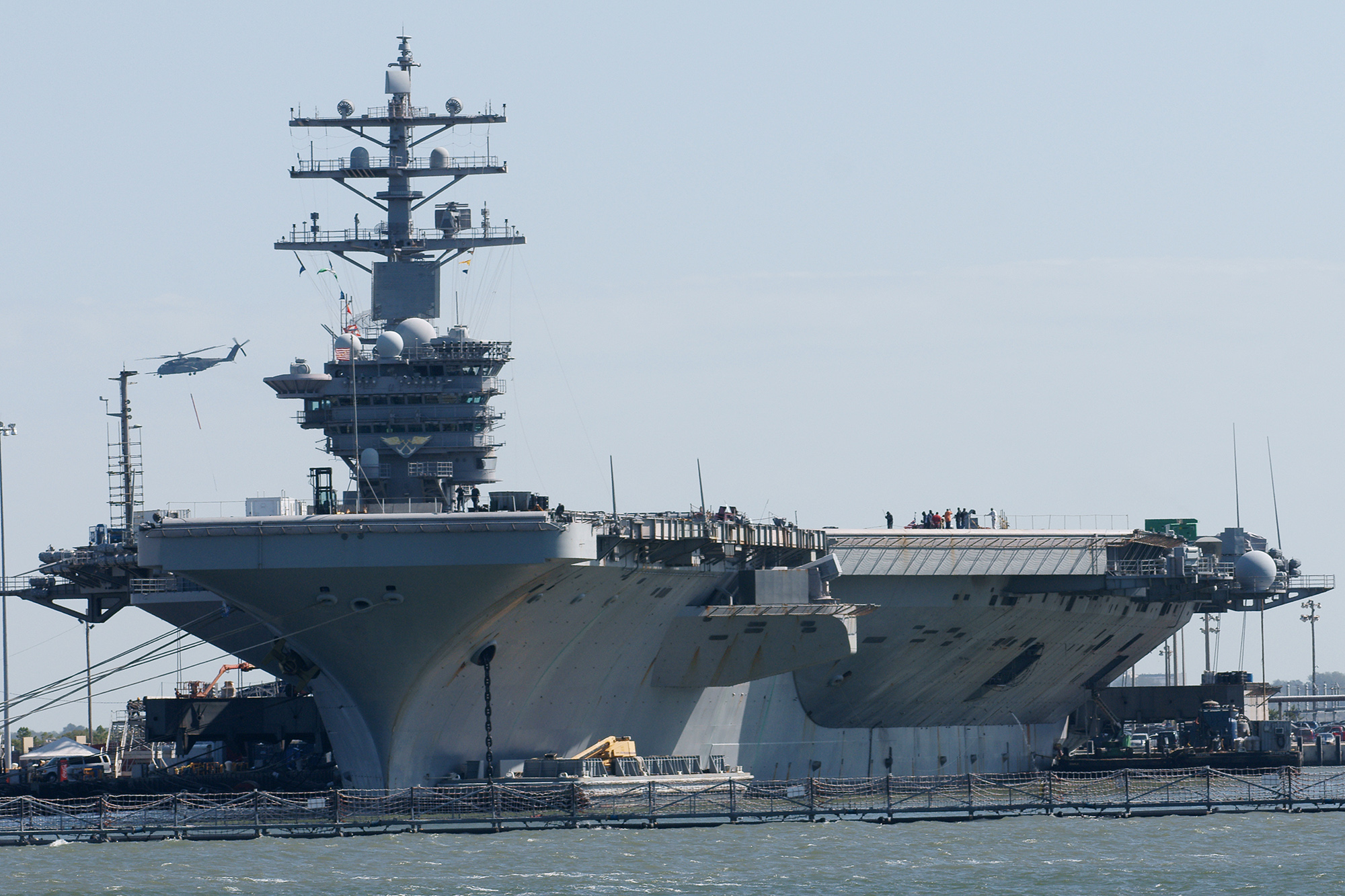 The Department of the Navy this week released its strategy for how it will deal with climate change and proceed toward the government’s goal of net-zero greenhouse gas emissions by 2050.

“Climate change is one of the most destabilizing forces of our time, exacerbating other national security concerns and posing serious readiness challenges,” Navy Secretary Carlos Del Toro said in the introduction to the 32-page report. “Our naval and amphibious forces are in the crosshairs of the climate crisis and this strategy provides the framework to empower us to meaningfully reduce the threat of climate change.”

Setting the department on a course to combat climate change is a main priority of Del Toro’s tenure. He called the issue “existential” for the Navy and Marine Corps.

“If we do not act, as sea levels rise, bases like Norfolk Naval Base and Marine Corps Recruit Depot Parris Island will be severely tested in their ability to support their missions,” he wrote in the report. “If temperatures continue to rise, the oceans will get warmer, creating more destructive storms requiring our Fleets and Marine Corps forces to increase their operational tempo to respond.”

Go here to read the report.

While the iconic Parris Island and mid-Atlantic naval bases are threatened by climate change, Pentagon officials have also warned of a warming planet’s effect on the military’s Arctic and subarctic bases.

The Army released its own climate strategy in February.

Del Toro also cited wildfires and droughts in the West, and record-setting heatwaves in the Pacific Northwest, as other indicators requiring his department’s action.

Climate change-related global instability will drive water and food insecurity, as well as mass migration, and that will lead to sailors and Marines embarking on more humanitarian relief missions, Del Toro said.

The Department of the Navy is looking to cut 5 million metric tons of carbon dioxide “or equivalent pollution” each year by 2027, a move the Navy says would equate to taking a million cars off the road.

“The [Department of the Navy] will also deploy cyber-secure microgrids or comparable technology to leverage carbon pollution-free power at our bases and installations to support critical missions,” a release announcing the plan states.

Already, the department has awarded more than $3 billion in contracts to reduce energy consumption and greenhouse gas emissions while “increasing energy and water resilience” at US and overseas bases, according to the report.