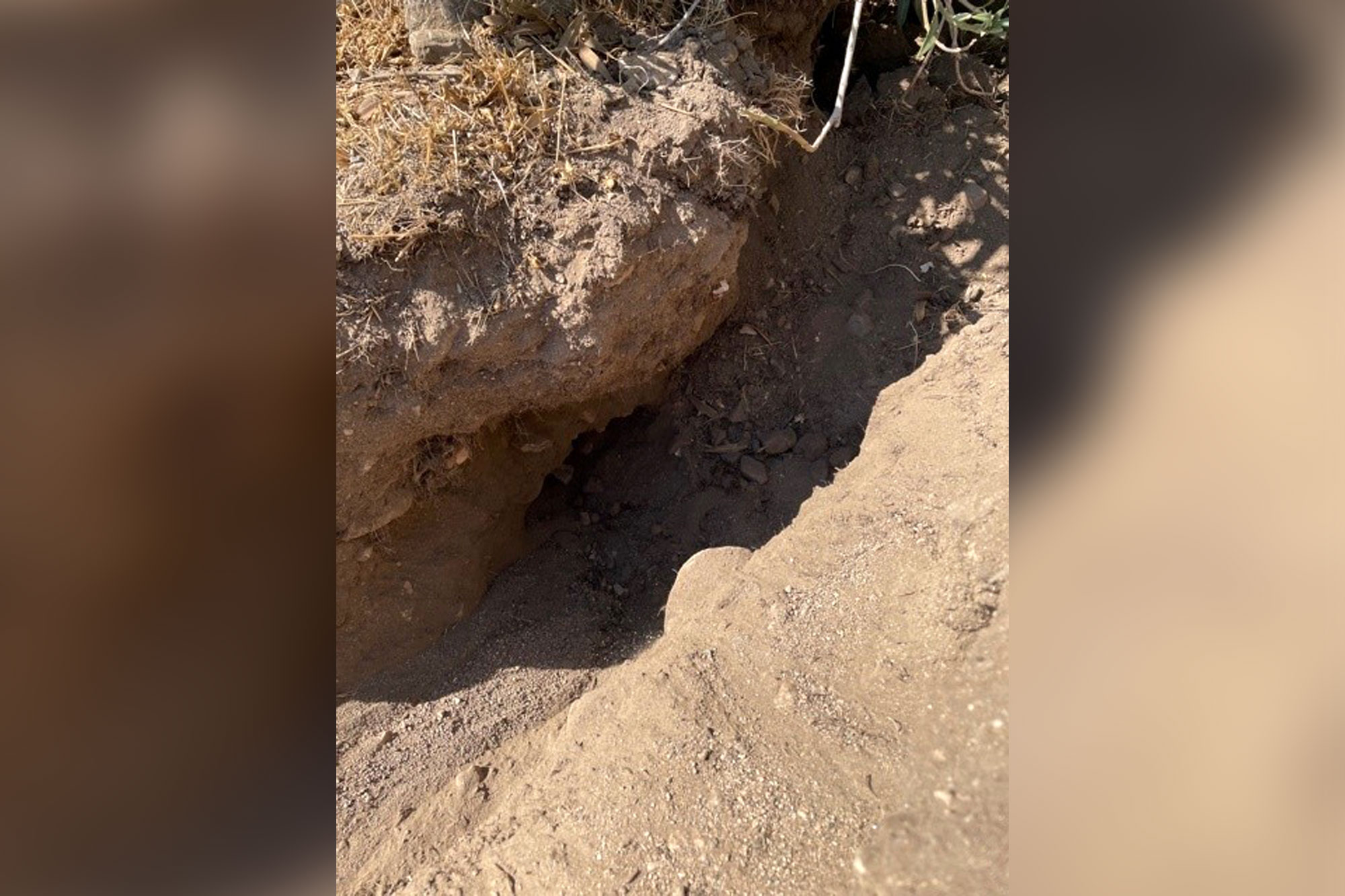 A helpless pooch was found buried alive in a remote California field, in what officials believe may have been a horrific act of animal cruelty.

Officers followed whimpering sounds and found the small black-and-white terrier mix buried up to its neck in a hole in the field, the station reported.

The dog, believed to be around a year old, was dug out of the hole and rushed to a veterinarian. The pooch is being treated with fluids and antibiotics, responders said.

Their biggest concern was dirt and dust caught in the animal’s lungs.

“While he is not out of the woods, we have a team of veterinary specialists working to save him and are hopeful for his recovery,” the news release read, according to KTLA.

The incident is believed by officials to be a deliberate act of animal cruelty and remains under investigation.