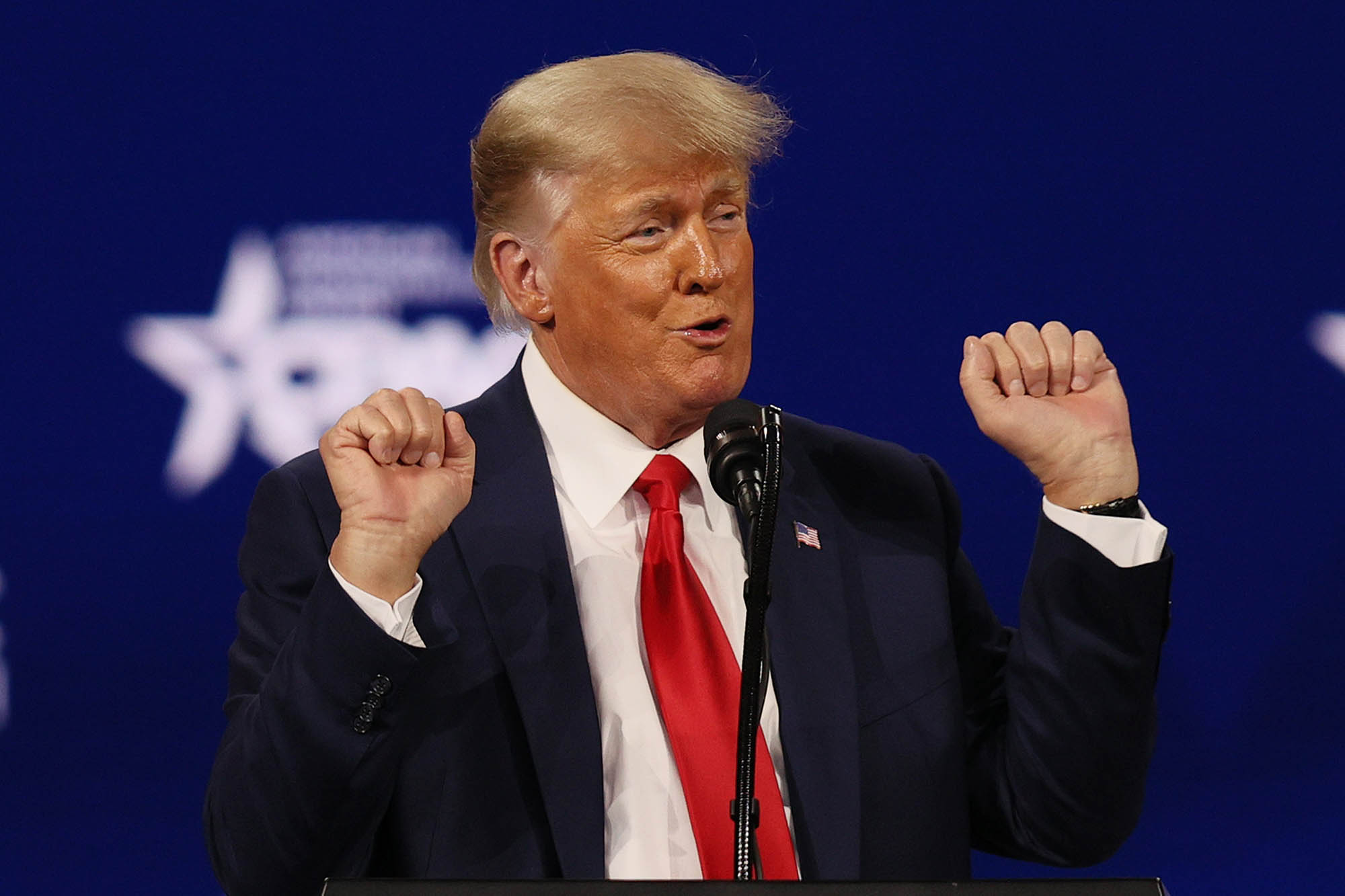 The Conservative Political Action Conference is holding a second event in Dallas, Texas this weekend, with a headline speech from former President Donald Trump on Sunday afternoon.

CPAC is adding a summer event to its annual conference that usually takes place each February.

Matt Schlapp, head of the American Conservative Union which runs CPAC, told the Post that “to not have Donald Trump at CPAC would be disgraceful.”

Schlapp went on to say that the former president has been leading the fight on the border, and against big tech. On Wednesday Trump announced a class-action lawsuit against Facebook, Google and Twitter, alleging the mammoth tech companies have violated his First Amendment rights.

The three-day event will feature a wide range of conservative figures in addition to Trump, including Dr. Ben Carson, South Dakota Gov. Kristi Noem, Sen. Marsha Blackburn, and many other GOP members of congress such as Andy Biggs, Madison Cawthorn, and Lauren Boebert.

The theme of the conference is “America UnCancelled.”

Panels include, “How to Save your School Board,” “Can Cancel Culture be Cancelled,” and “Leadership Justice and Jobs in the Age of Wokeism.”

CPAC has met since 1974 and is widely considered the most important gathering of conservative politicians and thinkers in the country. It is the first time that it will be held in the state of Texas.

Schlapp says the choice of Dallas is part of an “experiment in holding a national CPAC in friendly territory.” Traditionally the event has been held in or near deep blue Washington DC. This February it took place in Orlando, FL in part because of covid restrictions in the nation’s capital. It remains to be seen if the signature event will remain outside of the Acela corridor going forward.

Timothy Hale-Cusanelli kicked out of military due to Jan. 6 riot involvement

Florida sheriff tells killers to ‘chill out, drink a 7UP, eat a MoonPie’ as murder rate soars