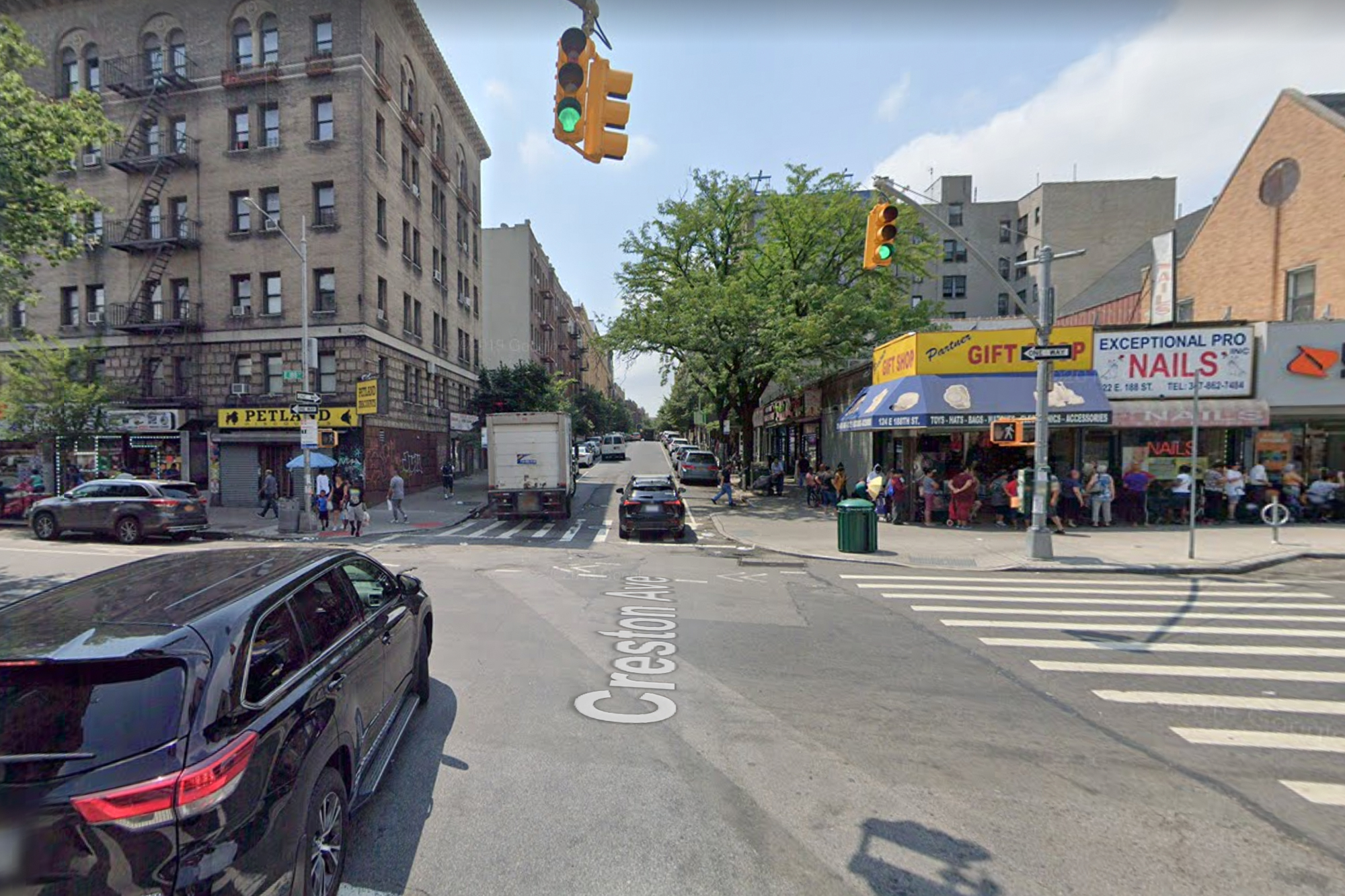 A 61-year-old woman was killed Monday night after getting caught in the crossfire of a dispute on a Bronx street, police said.

The woman was alone when gunfire erupted during a feud between two groups of people just after 7 p.m. near East 188 Street and Creston Ave in Fordham Heights, according to cops.

She was struck in the torso and transported to St. Barnabas hospital where she was pronounced dead, police said.

Cops said she was not an intended target. No other injuries were reported.

Police said the investigation is ongoing. A description of the suspects was not immediately available and no arrests have been made.