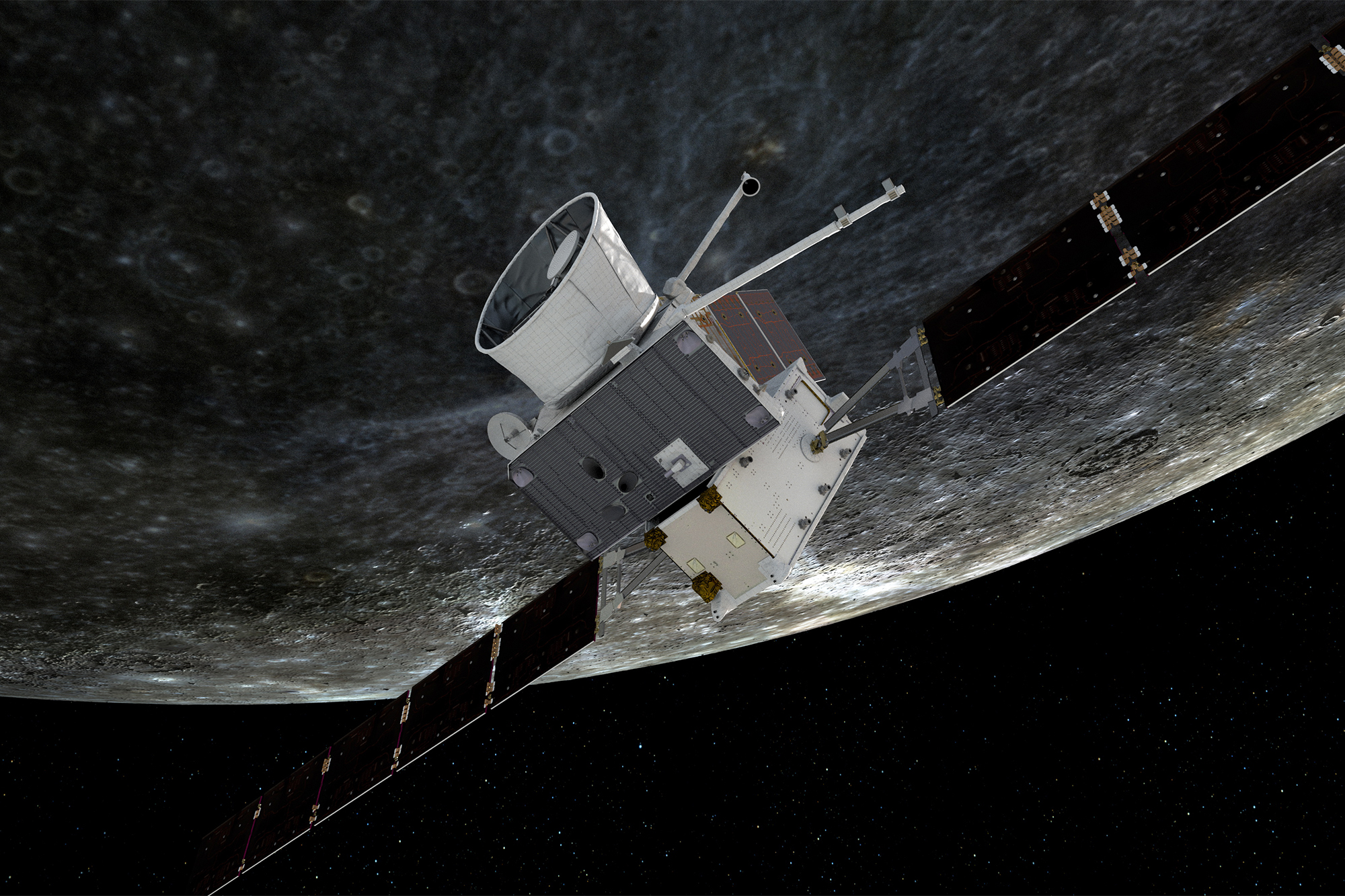 A European-Japanese spacecraft got a first look at Mercury on a recent mission to set up two probes in the planet’s orbit.

The BepiColombo mission made the first of six flights near Mercury at 7:34 p.m. Friday, using the planet’s gravity to slow the spacecraft down, according to an AP report.

After sailing past Mercury at altitudes of under 125 miles, the spacecraft took a low resolution black-and-white photo with one of its cameras

The image shows the northern hemisphere and Mercury’s pock-marked landscape, including the 103-mile wide Lemontov crater, according to the European Space Agency.

The joint mission with the Japan Aerospace Exploration Agency was launched in 2018, flying once past Earth and twice past Venus on its journey to Mercury, which is the solar system’s smallest planet.

The mission is named for Italian scientist Giuseppe ‘Bepi’ Colombo, who is credited with helping develop the gravity-assist maneuver that NASA’s Mariner 10 first used when it flew to Mercury in 1974.