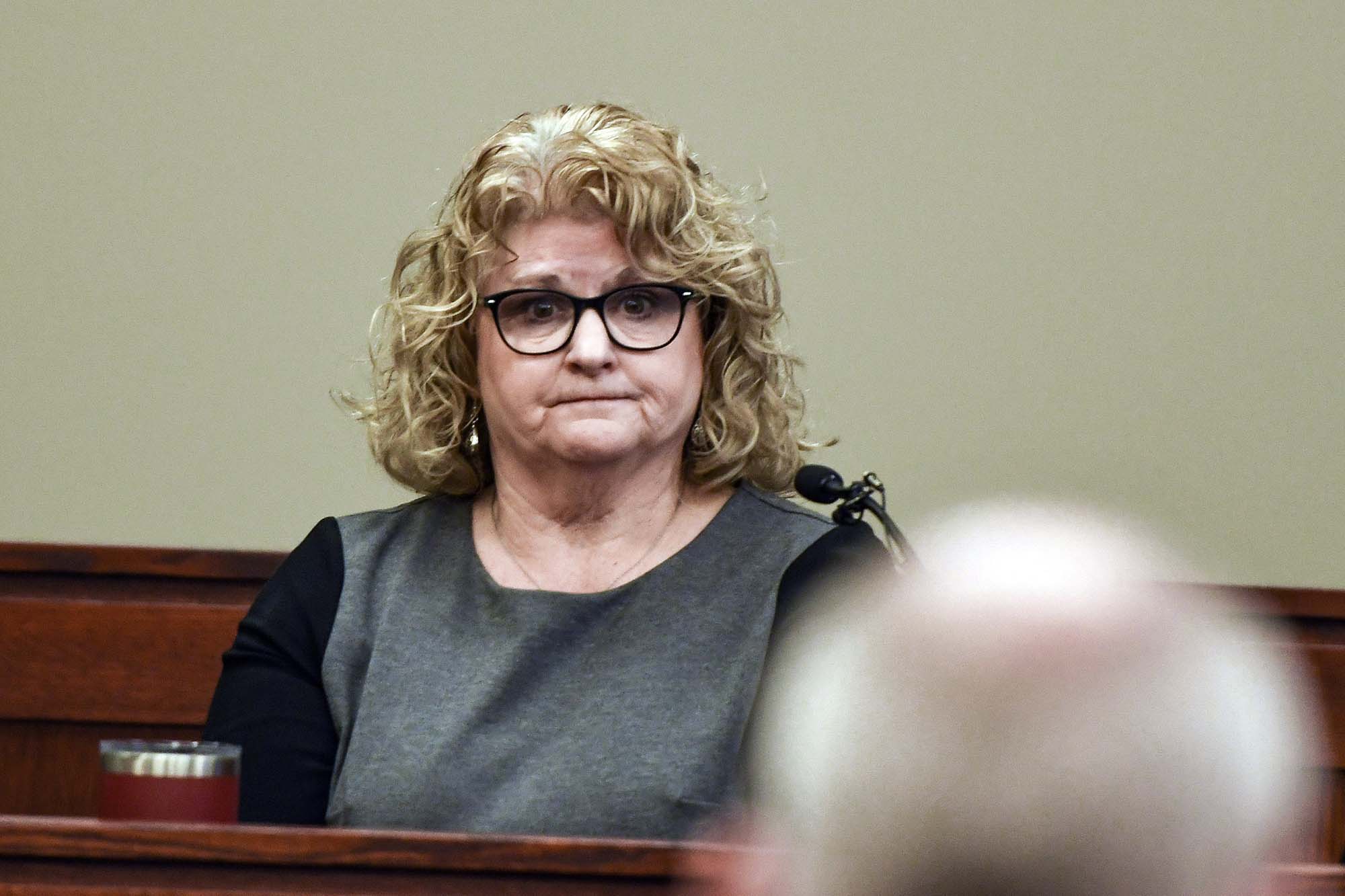 LANSING, Mich. — The Michigan Court of Appeals on Tuesday overturned the conviction of a former Michigan State University gymnastics coach who was accused of lying to investigators about her knowledge of sexual abuse complaints against Larry Nassar in the 1990s.

In a 2-1 decision, the court didn’t determine that Kathie Klages had told the truth to police, but rather that her interviews in 2018 were not crucial in a state investigation of how the university had responded to allegations about Nassar.

The interviews with Klages came after Nassar was sent to prison. State prosecutors never presented evidence that anyone “got away” with a crime due to her alleged cover-up, said judges Elizabeth Gleicher and Cynthia Diane Stephens.

“It was inconsequential, rather than material,” they said, even viewing it in a light most favorable to prosecutors in the state attorney general’s office.

Klages was sentenced to 90 days in jail in 2020 on felony and misdemeanor counts of lying to police. Two women testified that in 1997, while attending a youth gymnastics camp, they told her that Nassar had sexually abused them, long before he was publicly accused by others in 2016.

Klages maintained her innocence, insisting she could not remember a conversation with either girl two decades later.

“The investigation into ‘who knew what and when about Larry Nassar’ was supposed to have been an investigation of potential criminal conduct, not a roving inquiry designed to expose MSU’s mistakes and to further embarrass the institution,” the appeals court said in an opinion footnote.

Nassar, who was a team doctor for Olympic women gymnasts, was sentenced to 40 to 175 years in prison after hundreds of women and girls accused him of decades of molestation under the guise of medical treatment.

Larissa Boyce testified that as a 16-year-old she gathered the courage to tell Klages what had happened to her, only to have Klages hold up a piece of paper and say there would be serious consequences if she filed a report.

The attorney general’s office said it was reviewing the appeals court opinion and had no immediate comment. John Manly, an attorney who represented Nassar’s victims in lawsuits against Michigan State, hopes there’s an appeal to the state Supreme Court.

The appeals court “appears to focus on protecting the reputation of MSU at the expense of Nassar’s victims,” he said.

Klages’ attorney, Mary Chartier, said they were thrilled with the outcome.

“It has been a long battle, but Mrs. Klages has finally been vindicated,” Chartier said.

Klages was the second person to be convicted of charges related to Nassar. His former boss, Dr. William Strampel, was sentenced to jail for neglect of duty after not enforcing safety protocols on Nassar after a patient said Nassar assaulted her in 2014.

Klages was MSU’s women’s gymnastics coach for 27 years. She suddenly retired in 2017 after athletic department officials learned that she had defended Nassar to her gymnasts when allegations against him made headlines in 2016.