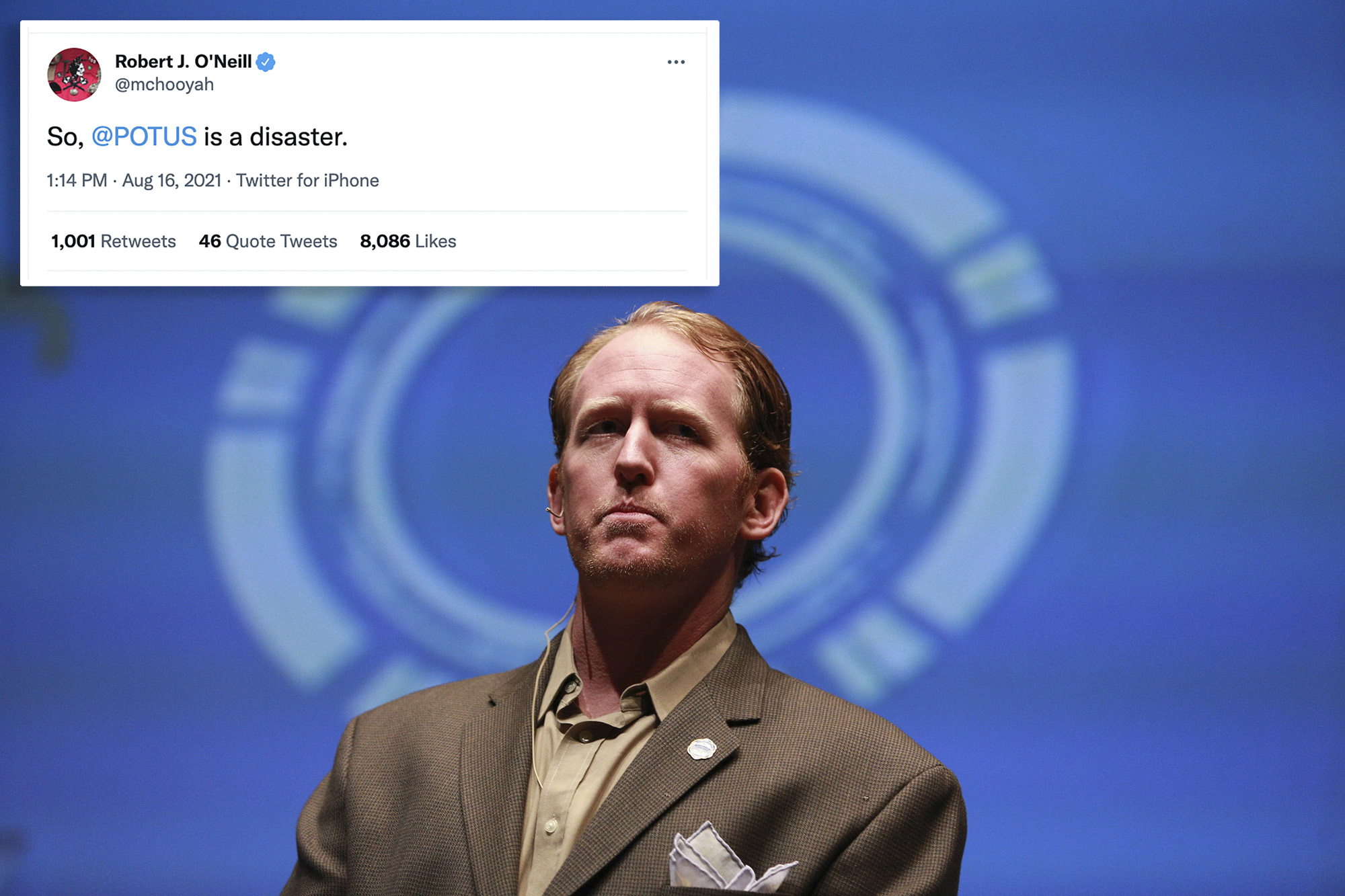 ​Robert O’Neill, the SEAL member who killed Osama bin Laden during a raid on the terrorist’s Pakistan lair in 2011​, called President Biden a “disaster” and ​urged Chairman of the Joint Chiefs of Staff Mark Milley to resign over the catastrophe caused by the US military pullout in Afghanistan.

“So, @POTUS is a disaster,” the former SEAL said on Twitter. “This is the worst loss in American history. Our most popular president has vanished. Prove me wrong.”

He added: “Joe Biden opposed the raid to kill bin Laden. At least he lost Afghanistan in 7 months.”

O’Neill also ​had Milley​ in his crosshairs​.

“There are Afghans falling to their deaths off of our retreating aircraft. Has @thejointstaff resigned yet?” he wrote.

Following up in a later Tweet, O’Neill pressed: “Not yet. Just checking.”

Video showed hordes of people running alongside a US Air Force cargo plane as it taxied down the runway, with many ​trying to hold on for dear life.

At least two people plummeted from the plane after it took off.

O’Neil was joined by retired SEAL Derrick Van Orden in calling for top administration officials to step down.

“You’ve got Secretary Blinken and Secretary Austin – they need to tender their resignations right now. The chairman of the Joint Chiefs of Staff, Milley, he needs to go peel potatoes in the galley for about a month and then resign also​,” ​Van Orden said on “Fox & Friends” Monday, referring to the secretaries of state and defense.

​”​These folks’ primary duty is to advise the president of the United States on diplomatic and military matters and they’ve abjectly failed that. The national security architecture of the United States of America is clearly broken right now​,” Van Orden, who’s running for a congressional seat in Wisconsin, said.

​Milley, briefing a group of bipartisan senators on the situation in Afghanistan on Sunday, said he would have to move up the assessment of how quickly terror groups like al-Qaeda could reconstitute themselves in the war-torn nation now that the Taliban has taken control. ​

Sen. Lindsey Graham (R-SC) asked the general if he would have to revise a June assessment that there is a “medium” risk of the terror groups reforming in less than two years.

The US and its allies launched the war in Afghanistan in October 2001 because the Taliban provided al-Qaeda safe harbor while the terror group planned the 9/11 attacks.