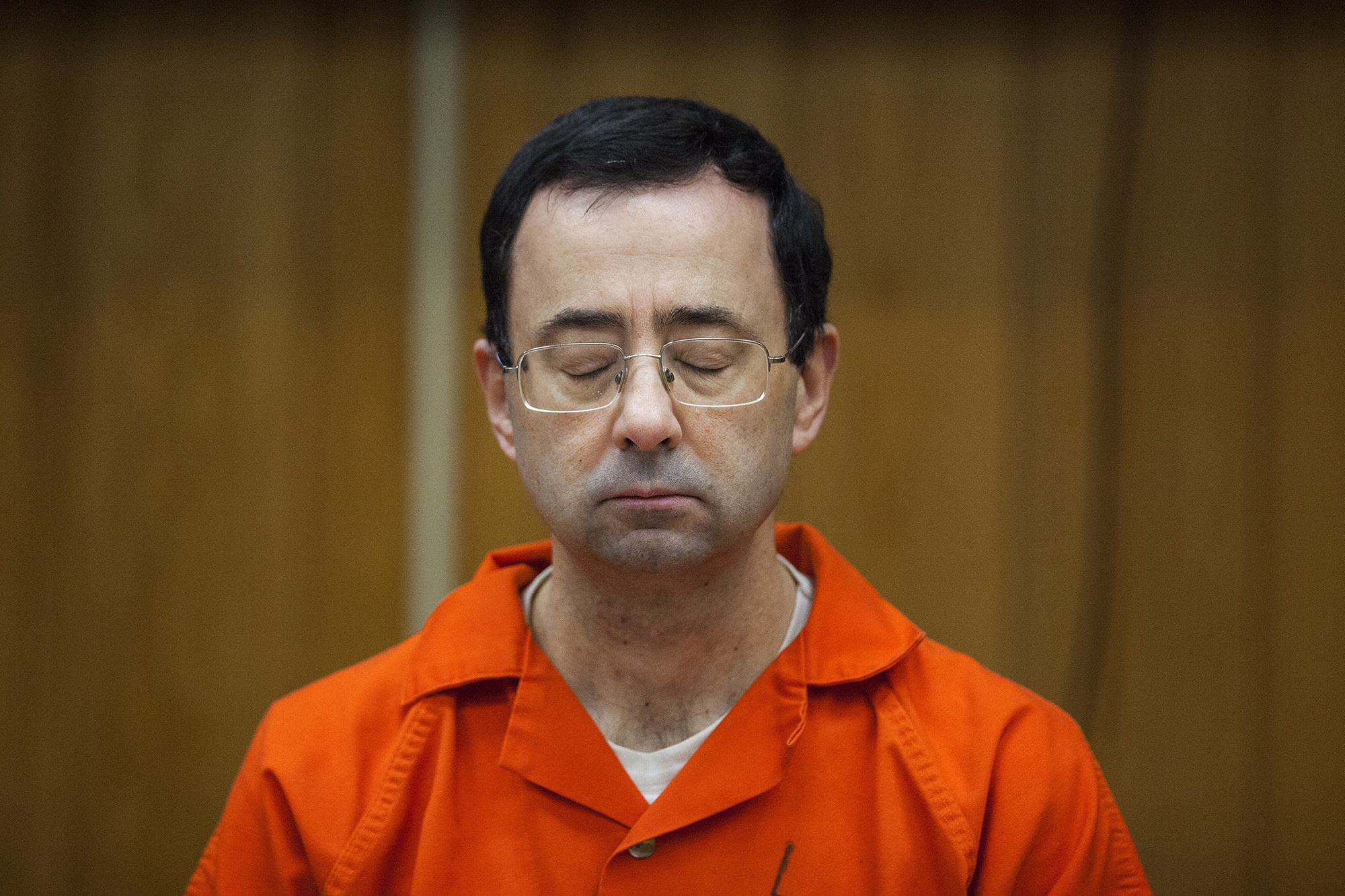 The long-awaited watchdog report raises serious questions about how the department and the FBI handled the case and it highlights serious missteps at the FBI between the time the allegations were first reported and Nassar’s arrest.

The inspector general’s investigation was spurred by allegations that the FBI failed to promptly address complaints made in 2015 against Nassar. USA Gymnastics had conducted its own internal investigation and then the organization’s then-president, Stephen Penny, reported the allegations to the FBI’s field office in Indianapolis. But it took months before the bureau opened a formal investigation.

At least 40 girls and women said they were molested over a 14-month period while the FBI was aware of other sexual abuse allegations involving Nassar. Officials at USA Gymnastics also contacted FBI officials in Los Angeles in May 2016 after eight months of inactivity from agents in Indianapolis.

The inspector general’s office found that “despite the extraordinarily serious nature” of the allegations against Nassar, FBI officials in Indianapolis did not respond with the “utmost seriousness and urgency that they deserved and required.”

When they did respond, the report said, FBI officials made “numerous and fundamental errors” and also violated bureau policies. Among the missteps was a failure to conduct any investigative activity after until more than a month after a meeting with USA Gymnastics. Agents interviewed by phone one of three athletes, but never spoke with two other gymnasts despite being told they were available to meet.

The watchdog investigation also found that when the FBI’s Indianapolis field office’s handling of the matter came under scrutiny, officials there did not take any responsibility for the missteps and gave incomplete and inaccurate information to internal FBI inquiries.

The FBI rebuked its own employees who failed to act in the case and said it “should not have happened.”

“The actions and inactions of certain FBI employees described in the Report are inexcusable and a discredit to this organization,” the agency said in a statement.

“The FBI has taken affirmative steps to ensure and has confirmed that those responsible for the misconduct and breach of trust no longer work FBI matters,” the statement said. “We will take all necessary steps to ensure that the failures of the employees outlined in the Report do not happen again.”

Nassar was ultimately charged in 2016 with federal child pornography offenses and sexual abuse charges in Michigan.

He is now serving decades in prison after hundreds of girls and women said he sexually abused them under the guise of medical treatment when he worked for Michigan State and Indiana-based USA Gymnastics, which trains Olympians.

The inspector general’s office said it reviewed thousands of documents and interviewed more than 60 witnesses, including several victims, their parents, prosecutors and current and former FBI employees.