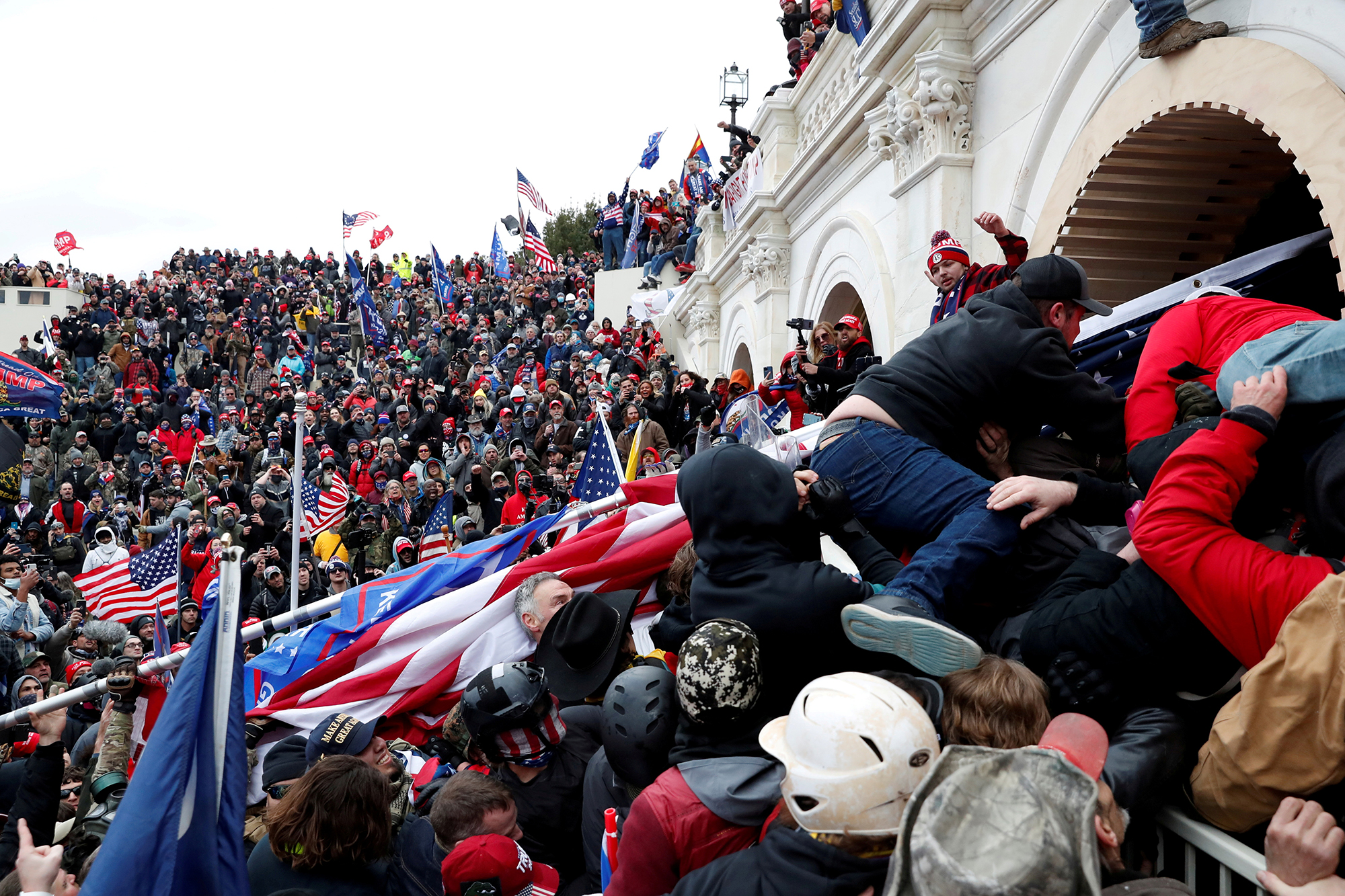 The FBI has found little evidence that the Jan 6. Capitol siege was an organized plot by far-right groups or Trump supporters to overturn the presidential election, a new reports say.

More than 570 alleged participants have been rounded up by the feds since the siege but multiple sources told Reuters on Friday the FBI hasn’t found proof they were engaged in a “grand scheme”.

Investigators had found that members of the Oath Keepers and Proud Boys plotted to break into the Capitol building but there was no evidence indicating they had serious plans if they made it inside, according to the sources.

Forty of the protestors involved have been charged with conspiracy because of the alleged degree of pre-planning.

Prosecutors have alleged one Proud Boy member told others to collect bulletproof vests and military equipment in the weeks leading up to Jan. 6.

That member allegedly gave other Proud Boys a plan on the day of the siege so they could enter from multiple sides of the Capitol.

Despite this, sources say prosecutors have stopped short of more serious charges such as racketeering or seditious conspiracy.

“Ninety to 95 percent of these are one-off cases,” a former law enforcement source said.

“Then you have five percent, maybe, of these militia groups that were more closely organized. But there was no grand scheme with Roger Stone and Alex Jones and all of these people to storm the Capitol and take hostages.”

Stone is the veteran GOP operative and Jones is a radio host known for his conspiracy theory beliefs.

Both were involved in pro-MAGA events in Washington DC the day before the siege.

A House select committee is now examining the deadly riots.

Lawmakers have already heard testimony from law enforcement officers who discussed what they went through when pro-Trump rioters breached the building in an effort to halt the certification of the 2020 election results.

Trump to attend Game 4 of the World Series in Atlanta