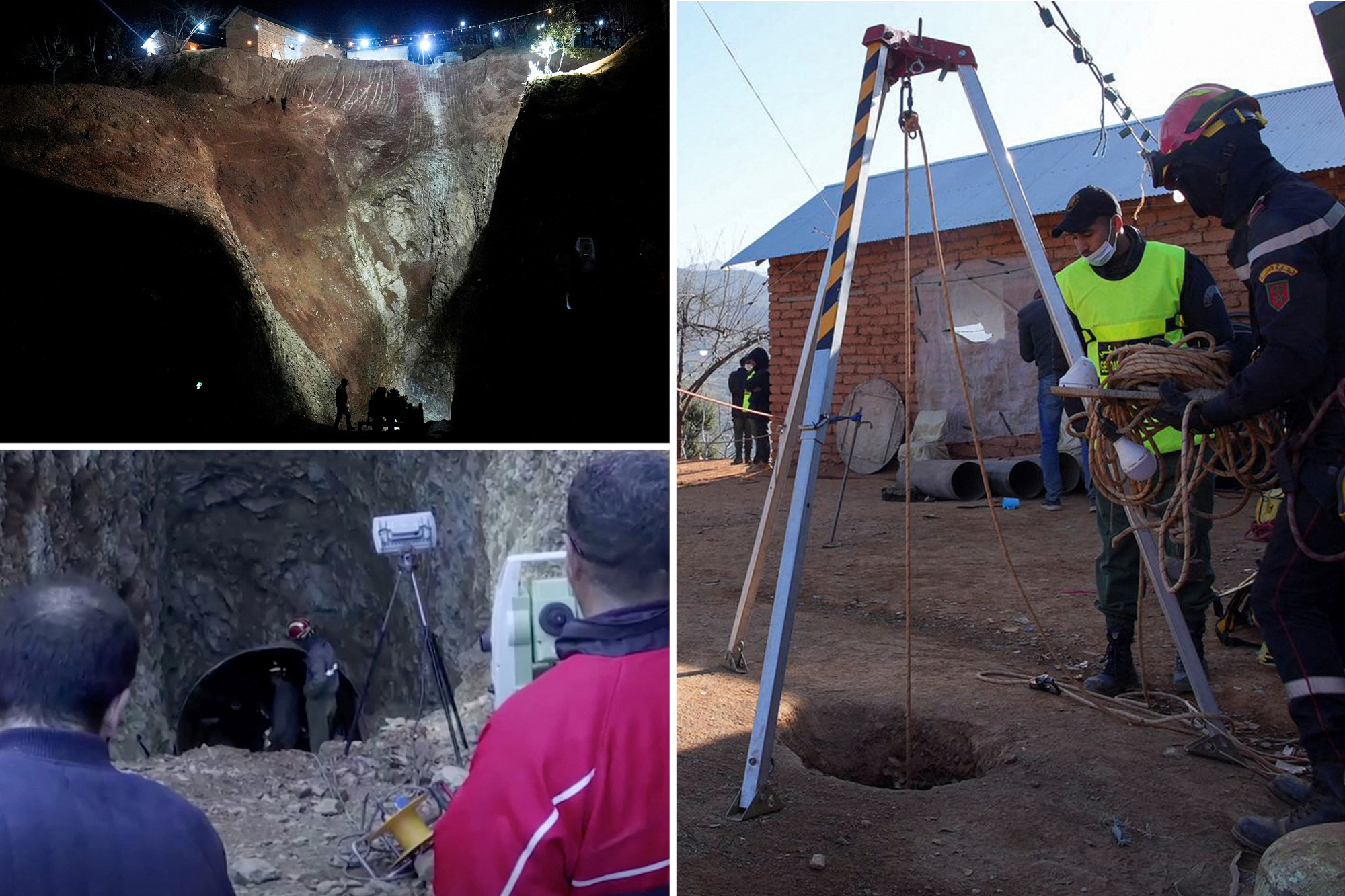 Less than six feet of unstable soil stand between a Moroccan boy — who has been trapped at the bottom of a 104-foot well since Tuesday — and his rescuers, who have been working for five days to rescue the child.

The 5-year-old, named Rayan, plummeted into the well Tuesday as his father was trying to repair it.

“In that one moment I took my eyes off him, the little one fell into the well. I haven’t slept a wink,” the child’s distraught dad told French news site le360.

The world waited with baited breath Saturday as rescuers completed the drilling work needed to free Rayan — but fears are growing that it may be too late.

Rescuers had used a rope to send oxygen and water down to the boy, along with a camera to monitor him. By Saturday morning, the head of the rescue committee, Abdelhadi Temrani, told the Associated Press: “It is not possible to determine the child’s condition at all at this time. But we hope to God that the child is alive.”

The operation to extract Rayan is complicated by the fear of a landslide, the BBC reported. Workers dug a vertical shaft parallel to the well, and then started digging horizontally to reach him, but the rocky and sandy soil is not stable and the last few feet requires painstaking work.

The well is outside the family’s home in the northern Morocco village of Ighran. Several attempts to reach the child the way he fell were unsuccessful because the shaft was too narrow, so a large trench was dug nearby and the second shaft opened up.

Live video from the scene showed crews moving in and out of the trench while thousands of people look on.

A helicopter is on site to take him to a hospital once he is freed.

J. Alexander Kueng, ex-cop who kneeled on George Floyd’s back, gets 3.5-year term