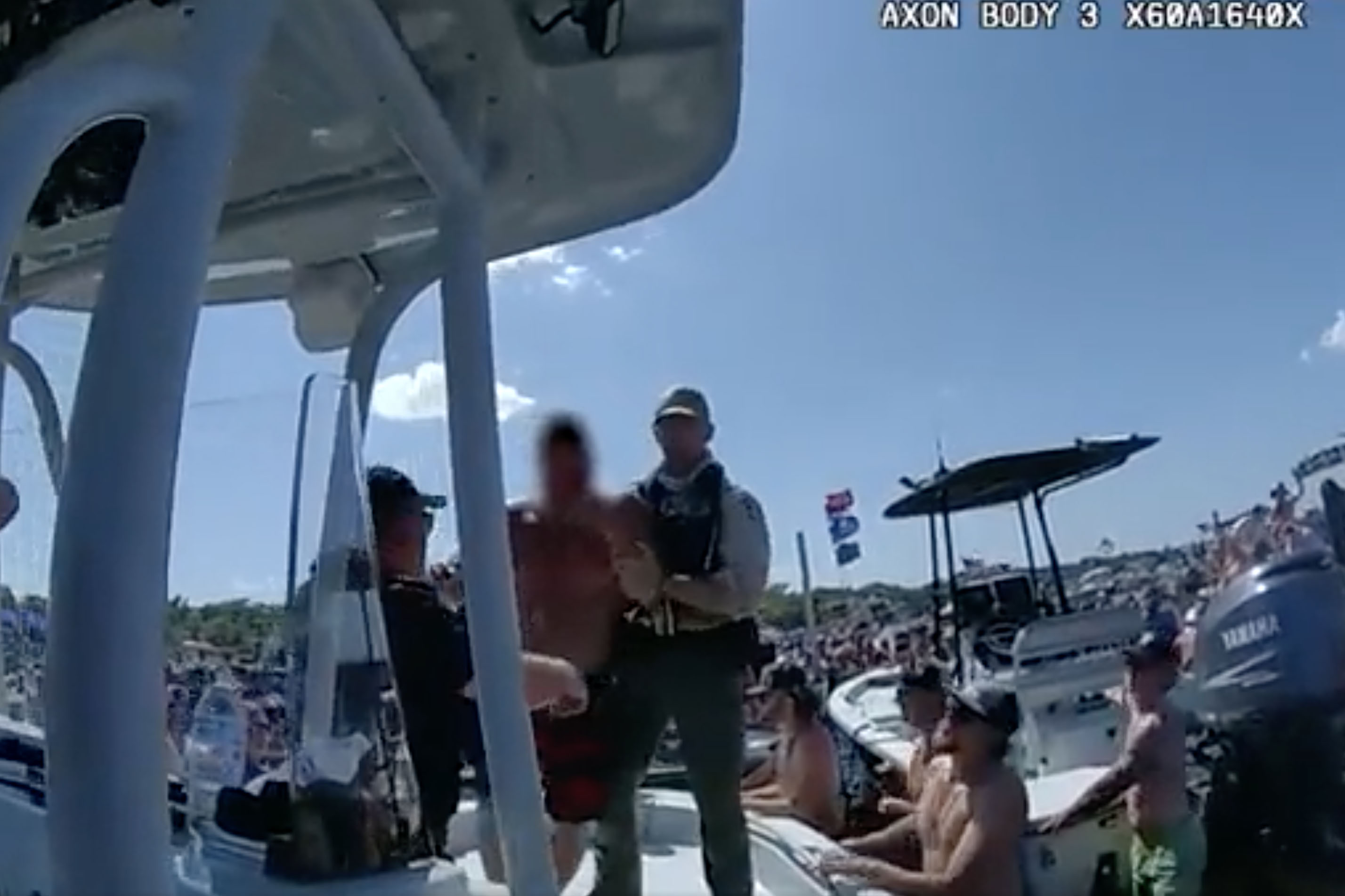 An annual lake party in Florida descended into chaos as a brawl broke out among a group of revelers on Saturday, report said.

The caught-on-camera melee at the event dubbed “Mayhem at Lake George” unfolded on and around a DJ deck anchored in the water. One person suffered a serious head wound during the fight, WESH 2 reported.

“People are just out there to have a good time, but like anything else, when you have a huge concentration of people like this and you have alcohol involved, you do have some incidents,” Volusia County Sheriff Mike Chitwood told the news outlet.

Video footage of the fracas provided by the sheriff’s office shows multiple men going at it, tacking and punching each in the water.

One attendee can be seen shoving another off the DJ deck.

Five people were arrested during the party, three for boating under the influence and two for disorderly conduct, the sheriff’s office told USA TODAY.

Kate Moss denies being thrown down stairs by Johnny Depp