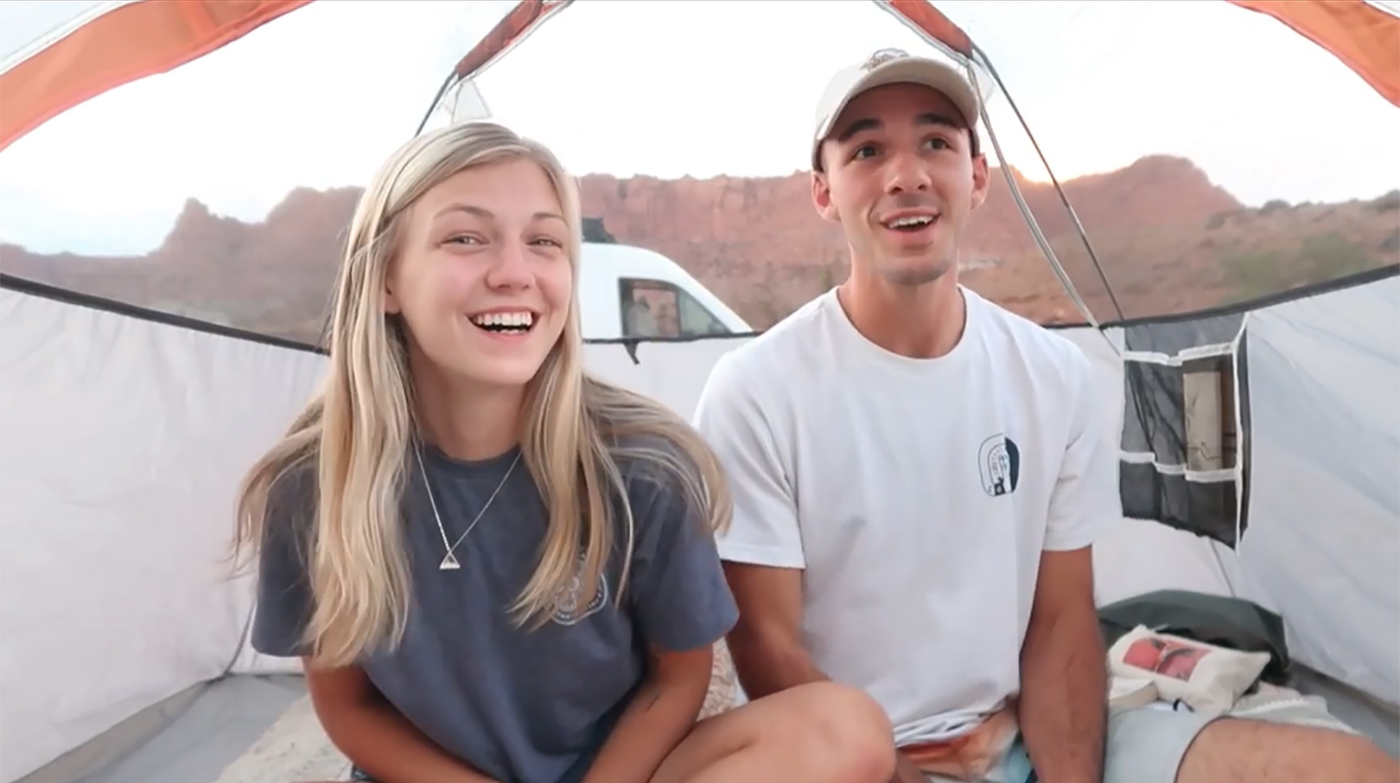 NORTH PORT, Fla. — Florida cops investigating the mysterious disappearance of Long Island native Gabby Petito said Thursday they have no evidence that a crime was committed.

Asked if there was any criminality, Garrison answered, “Not at this time.”

“At this time, it’s a missing person case,” he said.

Petito, 22, was reported missing on Saturday, 10 days after her boyfriend, Brian Laundrie, returned to their Florida home in her white 2012 Ford Transit van — without her.

Laundrie, who has since lawyered up and has refused to speak with investigators, was identified as a person of interest in her disappearance.

The couple left New York for a cross-country trip on July 2, and were due to wrap up the trek with a visit with friends in Portland, Oregon, around Halloween, her family said.

The tension between the two flared up on Aug. 12, when police pulled the van over outside Arches National Park in Utah after the pair got into a scuffle in the city of Moab.

Bodycam footage of the incident shows a sobbing Petito admit she scratched Laundrie, who locked her out of the van.

“I have really bad OCD,” she told the cop.

Police, who were responding to a report of a possible domestic assault, declined to press charges and separated the couple for the night, with Laundrie checking into a local hotel and Petito remaining with the van.

Laundrie posted his final Instagram photo from Arches the following day, with the bizarre caption, “humans are primates, great apes in fact.”

Petito’s last post was on Aug. 25 in front of the Monarch Mural in Ogden, Utah.

She last spoke with her mother, Nichole Schmidt, that same day — and her mom believes a text message sent from her daughter’s phone on Aug. 30 was not from her.