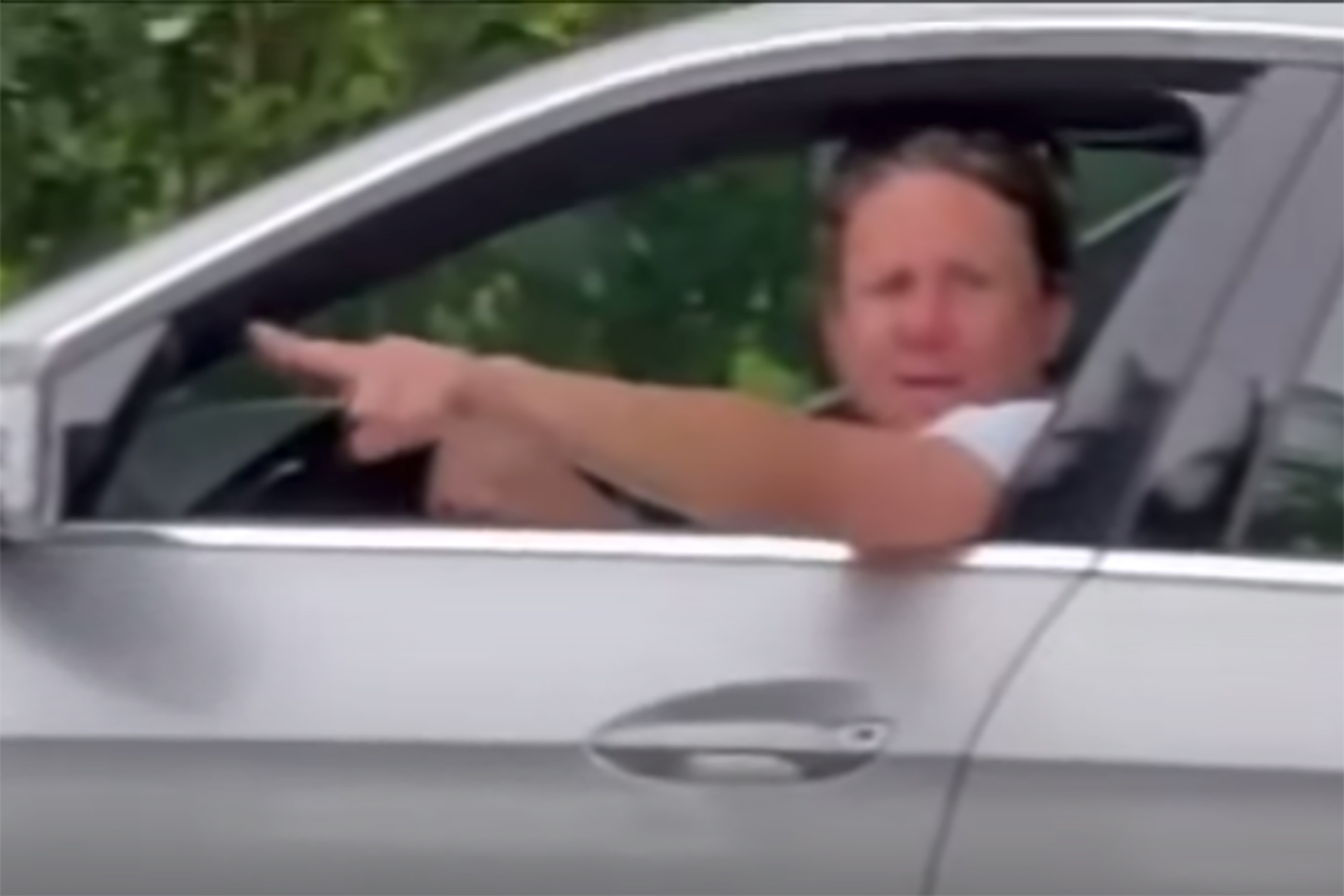 A Florida school employee was placed on administrative leave Wednesday after she was caught calling children “half breeds” and “retards,” reports said.

The woman, identified as Patricia Schmidt, could be seen on video unleashing a hateful tirade against a woman and her children. As a result, she was placed on leave from her job as an exceptional student education specialist at Lely Elementary School in Collier County, according to NBC2.

A mother was reportedly walking down the street with her children when she became subject to Schmidt’s verbal attacks from her car in the King’s Lake neighborhood of East Naples.

Neighbors say that Schmidt believed them to be trespassing.

“Your son must be special ed. He’s a retard. Your son is a retard,” she can be heard yelling at while the mother, who wished to remain anonymous, was filming.

“You can’t afford to live in Kings Lake. You are white trash,” Schmidt yells.

“Are those your mulatto kids? You had sex with a black guy? Your kids are half breeds. Look at them.”

The Colliers County Office has said that Schmidt did not commit a crime.

“Who knows how she’s treating [children] in the classroom when their parents aren’t there to defend them?” the mother said to NBC2.

Neighbors told reporters that the woman’s antics are not infrequent, and incidents like this have been happening for years.

“Spotlights on the house, verbal abuse,” said Doug Rankin, whose mother lived next to Schmidt for years told WINK News. “It was not pleasant for her. It was basically, well, it ended up killing her, so it was like hell.

Another neighbor, John Courtright, told the outlet “I can guarantee you that’s not the first mother and children she’s done that to. I’ve seen her do it to people. I’ve seen her yell at people, I don’t know how many times.”

“We kind of hope that maybe, at this point, it will bring to a point where somebody will really do something. That something will happen,” he said.

The local homeowner’s association is taking action against the woman, WINK reported.

“Who knows how she’s treating [children] in the classroom when their parents aren’t there to defend them?” the mother said to NBC2.