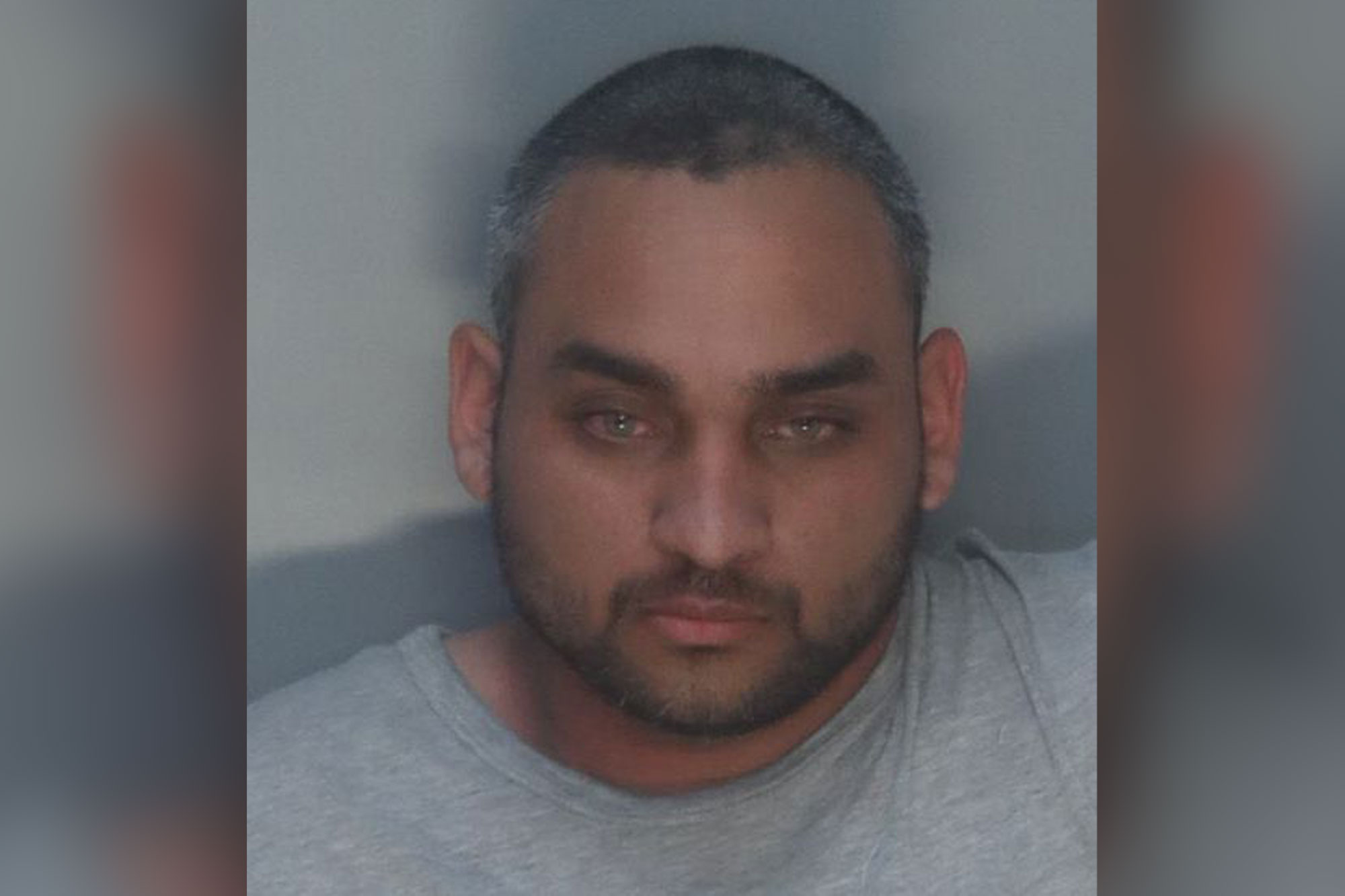 A shocking video shows a Florida man as he creeps up behind an unsuspecting woman at a bus stop and tries to strangle her with a shoelace – before pummeling her as she fights for her life.

Miami-Dade Police Department said the 26-year-old victim was waiting for the bus on Jan. 2 at 11 a.m. when she was attacked.

She can be seen on surveillance footage obtained by the site Only in Dade as she sits on a bench apparently texting.

The attacker stands behind her, with one leg on the long bench, appearing to tie his shoe. He ominously looks around and seems to take the lace off as he casually sneaks up behind the victim, then pulls the lace around her neck.

She immediately fights back and a violent struggle ensues where the attacker flails, throwing numerous wild punches at the victim as a Good Samaritan approaches to intervene.

The attacker ran away on foot but officers found Quinones in the area and took him into custody, police said in a news release.

Cops are now looking to speak to the Good Samaritan, who had already left when police arrived on the scene. They also are asking anyone victimized by the alleged attack to call the police department’s Airport District with information.